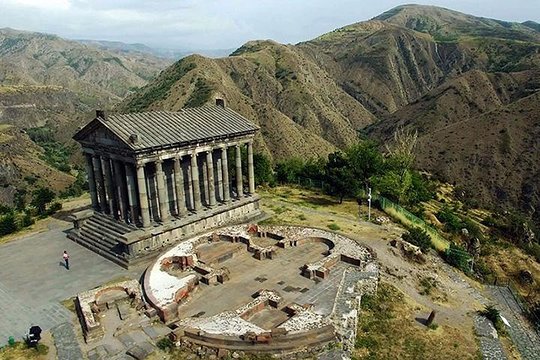 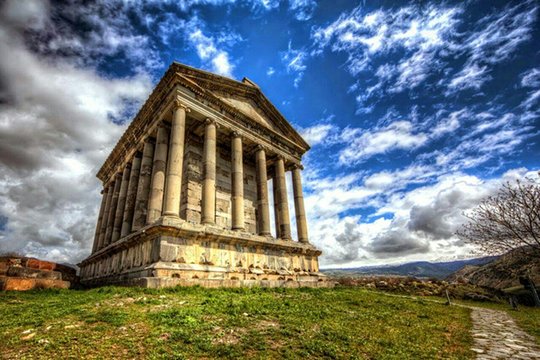 Likely To Sell Out
Select Date and Travellers
From
US$122.91
Date
2 travellers
Options
Select tour language
Free Cancellation up to 24 hours in advance
Low Price Guarantee
No Booking Fees
Overview
Highlights
What to Expect
Itinerary
This is a typical itinerary for this product

The main objective of this tour is to help the tourists and guests of the city to get acquainted with the historical and cultural monuments of Yerevan.

One of the oldest cities of the world, Yerevan is famous as a pink city and calls visitors with its humble and at the same time splendid landscapes. Start the city tour visiting the Cascade Monument, from where a panoramic view opens on the city. Continuing our tour you will see the Opera House, Swan Lake, Republic Square, and Abovyan Avenue. The last stop of our tour will be Vernissage, the biggest souvenir market in Yerevan.

The Monastery Khor Virap is the most famous pilgrimage site of the Armenian Apostolic Church. It stands before the snowcapped flanks of Mount Ararat offering a spectacular view of the mountain, the national symbol of Armenia.

It is where Grigor Luisavorich (St. Gregory the Illuminator) was imprisoned for 13 years before curing King Trdat III of a disease. This caused the adoption of Christianity in Armenia in the year 301.

The pagan temple Garni was built in the 1st century AD by the armenian king Trdat. The temple Garni is the only monument connecting with the era of paganism and Hellenism, dedicated to the sun god Mithra. The temple is built according to the rules of the classical Greek architecture and looks very similar to the famous temple of Athens in Greece. There is the bathhouse not far from the palace built in the 3rd century AD and has the features specific to the Roman baths of that time.

Stop At: The Monastery of Geghard, Geghard Armenia

The Monastery Geghard was built in the 4th century by The First Armenian Catholicos - Gregory the Illuminator. Initially it was called Airivank (cave monastery), then was renamed Geghard, which means <>. The name of the monastery originates from the spear of the Roman soldier who pierced the body of Jesus Christ. Now the spear is presented in the museum of Echmiadzin.

Stop At: Monastery Sevanavank, next the Holy Mother of God Church, Sevan Armenia

In the northwest part of Sevan Lake, on a narrow rocky peninsula, there stands one of the most prominent examples of medieval Armenian architecture – Sevanavank Monastery. It was founded in 874 AD by princess Mariam. The remnants of the monastery that was constructed in the 9th century include only two temples – Surb Arakelots and Surb Astvatsatsin, standing among numerous khachkars. The church buildings were constructed from black tuff, which probably gave the monastery its name Sevanavank - “the Black Monastery”.


Duration: 1 hour
Show More
Important Information
Departure Point
Traveler pickup is offered
Please mention the exact location you want to be picked up at.
Departure Time
Suppliers and travelers coordinate start times within the given time periods.
1-3 travellers with a guide
12/14/2018 - 12/31/2020Monday - Sunday:09:00 AM - 10:00 AM

marieclairedxb
10
Khor Virap tour
I highly recommend this tour - our guide, Arman and driver arrived promptly at our hotel to escort us to Khor…
Read more

danaaldoweesh
Kuwait City, Kuwait
30
Tsaghkadzor ropeway & monastery
I went to the subject tour with my teen daughter and other younger one, our tour guide Arman was very informative…
Read more

TejeshwiniK
Mumbai, India
60
Yerevan City tour
The Land of Noah Tour company and our driver/guide Arman were one of the best we have met so far in our travel…
Read more

mayahso
10
Amazing Armenia 2 days
We had an amazing time with Artur. The tour was very customized and interesting-it allowed us to experience…
Read more 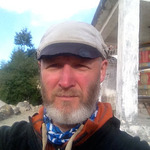 Peter S
Perth, United Kingdom
16792
Great simple trip from Yerevan
Close to the city so an easy transfer and a great experience and worth it for the views. The transfer was on time…
Read more

Jeff S
London, Canada
30
I Had a Great Time!
I had a wonderful time on this tour so I have to write. I found the guide Anush enthusiastic and knowledgeable on…
Read more

Ready2Go2008
suburban Boston, MA
322196
6 day- Georgia & Armenia tour - excellent guide but choose your sites
We took a 6 day tour (1 in Georgia and 5 in Armenia). From some cities the easiest way to get to Armenia may be…
Read more 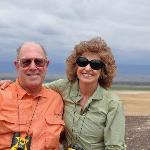 Joan J
Newhall, California
375183
A long, but fascinating day!
Our private guide as Arman, an energetic and thoroughly knowledgeable young man. We felt safe with Asen, our…
Read more 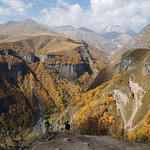 Atsushi F
20
Wonderful and Amazing expereince/得難いアルメニアの経験が出来ます。
Had very nice experience to go through Armenia. I highly recommend choosing this tour, especially to see many…
Read more

Lena B
20
Armenia roundtrip
We enjoyed the perfect service with Artur. Everything was as planed. We certainly would drive with Land of Noah…
Read more

Joe A
10
Very nice!
Very nice and friendly driver! We loved going with him and enjoyed the trip through armenia! Thank you very much!
Read more 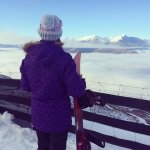 PudZ_1
Rotorua, New Zealand
4930
Amazing Company
We did two back to back private day tours. Our driver Zaven was great and we felt super safe. Our guide Liana was…
Read more 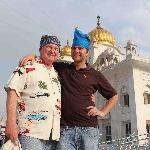 brianmcgann
Annandale, Virginia
30
Unforgettable Tour of Yerevan with Artur!
Artur first off is a terrific guy! After having picked our wedding group up from the airport at 4am he delivered…
Read more