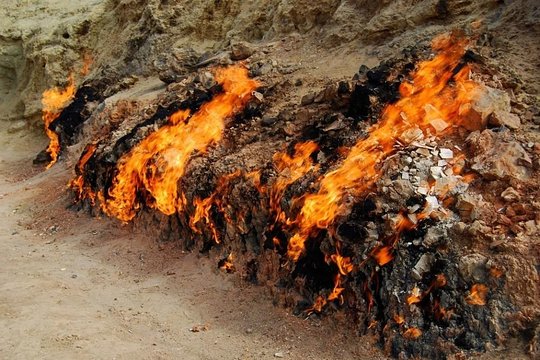 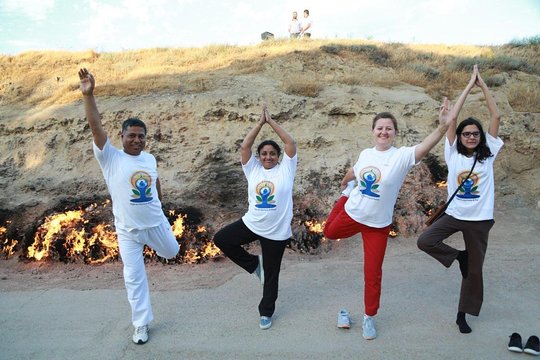 Unlike mud volcanoes, the Yanar Dag flame burns fairly steadily, as it involves a steady seep of gas from the subsurface. There is no seepage of mud or liquid, which distinguishes it from the nearby mud volcanoes

Due to the large concentration of natural gas under the Absheron Peninsula, natural flames burned there throughout antiquity and were reported on by historical writers such as Marco Polo. In the 13th century Marco Polo mentioned numerous natural-gas flames spurting spontaneously from the Absheron Peninsula. The only one burning today is Yanar Dag.

Alexandre Dumas, during one of his visits to the area, described a similar fire he saw in the region inside one of the Zoroastrian fire temples built around it. Only a handful of fire mountains exist today in the world, and most are located in Azerbaijan.
Show More
Important Information
Departure Point
Ticket Pick Up Points - This voucher must be exchanged for a ticket at the TES TOUR office before entry is permitted. Not valid for redemption at attraction!

sahabime
30
Day well spent with Samir
It was a very cold day but the spirited Samir, who was our guide, made it so well worth it. He was very well…
Read more

venicecyrille
Dubai, United Arab Emirates
40
Gabala and Shamakhi Tour
One of the best tours I have been to. Gulashan and the driver were amazing and very accommodating. This is a must…
Read more 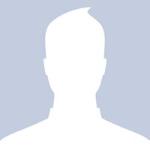 fernandovazquezb
10
Highly recommended
We made two trips through this agency. Compared to the other agencies, they offer the best prices in town. Drivers…
Read more 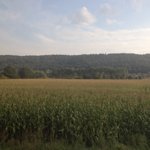 Lovetravel02
Sydney
286105
A good guide and driver made a difference to this interesting day.
Lankaran is interesting, with the markets being a highlight. The drive to Lerik is beautiful, and the town is…
Read more

515chelseac
56
Highly recommend!
A beautiful day out in the Caucasus mountains with Tes Tours! The lunch was lovely and my guide had a lot of great…
Read more 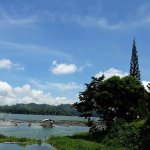 radeo25
Davao City, Philippines
9119
cheper and enjoy...
this tour you can trust, you can get discount if you are more people, cheaper, enjoy and guide is good, i took the…
Read more LoveTravel567829
11
Gabala Tour
Had an amazing time on the tour! Guide was very thorough and gave lots of details. Highlights were the suspension…
Read more

Mido2196
11
Shamkhi and Gabala tour
It was a such amazing tour with a reasonable price with TES tour . I really enjoyed with an excellent tour guied…
Read more 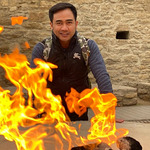 glennfelipe
11
Baku Azerbaijan
Such a wonderful experience with this experienced and professional travel guide, from day 1 upto our last day. So…
Read more

Exploration172310
10
Day trip to sheki from Baku - great!
Amazing trip which covered several places only in one day. The guide was very friendly and open to answer all the…
Read more