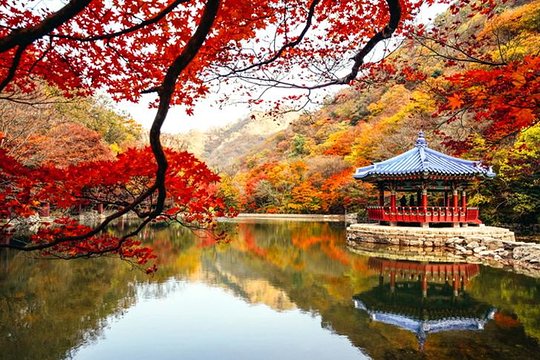 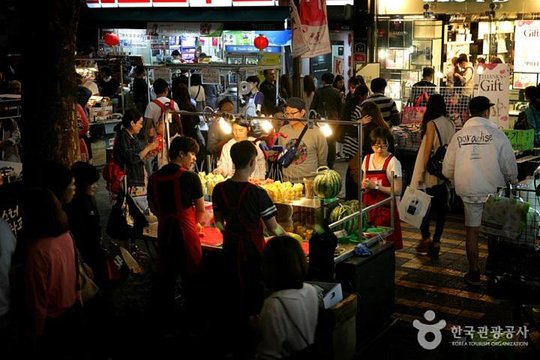 After a pick-up at your hotel in Seoul, We'll proceed southwest to Jeonju(Drive 3-hours)/Lunch(Local food – Bibimbab Set Menu)

Jeonju is a city that is famed as the starting ground of Joseon Dynasty, the last kingdom existed in pre-modern Korea. As a hub of ancient Korean culture, Jeonju Hanok Village hosts over 800 traditional Korean Hanok houses.

We will stroll around the village appreciating their subtle beauty in graceful simplicity. Slightly raised towards the sky, the black roof ridges brim with classic, ancient charm.
Duration: 2 hours

Introducing Christian faith to Korea was initiated by its Confucian Scholars, who took interest in the Bible as a subject of study in Western society. Despite the persecutions and oppression that followed, the new religion evolved from a unique history of voluntarily importing Christian missionaries from China.
Duration: 1 hour

The fertile soils of Jeolla Province and gathering of diverse products from all around into the central Jeonju made this city a gastronomic capital of Korea.

Makgeolli is a centuries-old unfiltered grain alcohol, often referred as "farmer's liquor." This alcohol in distinctive milky-white appearance and sweet-sour flavor is served in wide brass cups. One can expect only light effervescence after drinking this friendly wine.
Duration: 2 hours

No meals included on this day.
Accommodation included: White Tourist Hotel in Jeonju

Naejangsan National Park is one of the most popular places in all of Korea to see the Autumn foliage. During the autumn season, the hillsides and pathways are covered in a multitude of red, orange, and yellow leaves. This 763.5 meters tall mountain is also a host to exhilarating waterfalls and scenic, precipitous cliffs.
Duration: 2 hours

It was first founded in 632 A.D. This is a temple that played a key role on the Joseon peninsula under Japanese Occupation, and currently it is the 18th regional headquarter for the Jogye Order. It serves an important role in educating monks in Jeolla Province.
Duration: 1 hour

Stop At: Naejangsa Temple, 590, Naejang-dong, Jeongeup, Jeollabuk-do 580-300 South Korea
Walking past the herculean rocky peaks along our trail, we will soon be arriving in Naejangsa Temple, warmly nested by the hills.

In the company of numerous hikers who come to enjoy the season's autumn orchestra, the Buddhas in the temple must be relieved from their lifelong solitude.

Pass By: Bukchon Hanok Village, 37, Gyedong-gil, Jongno-gu, Seoul 03059 South Korea
Bukchon Hanok Village is home to hundreds of traditional houses called hanok, that date back to the Joseon Dynasty. We will go stroll in this labyrinth of traditional homes cramped together, sharing walls. Created by the first city-planner of Korea, these intimate structures will delight you as you discover your way around the hillside village.

Stop At: Changdeokgung Palace, 99, Yulgok-ro, Jongno-gu, Seoul 03072 South Korea
Changdeokgung Palace was the second grand royal villa built in 1405. It was the principal palace for many kings of Joseon Dynasty, and is the most well-preserved of their five remaining palaces.

This palace is considered as a historically significant attraction that represents the beauty of Korea. Along with the beauty of Huwon, the Secret Garden, Changdeokgung Palace was chosen as the UNESCO World Heritage in 1997.
Duration: 1 hour

Stop At: Insadong, Insa-dong, Jongno-gu, Seoul South Korea
Insa-dong, located in the heart of the city, is an important place where old but precious and traditional goods are on display. There is one main road in Insa-dong with alleys on each side. Within these alleys are galleries, traditional restaurants, teahouses, and cafes.

The galleries are the heartbeat of Insa-dong. There are about 100 galleries in the area and you can see every example of traditional Korean fine art from paintings to sculptures. Traditional craft stores dealing with calligraphy, ceramics, embroidery, and stamps are interesting complement to galleries.
Duration: 1 hour

Stop At: Haneul Park, 95, Haneulgongwon-ro, Mapo-gu, Seoul 03900 South Korea
Haneul Park (Sky Park) is full of lush eulalia and is home to the Seoul Silver Grass Festival, held every year in October when the grass is in full bloom. Originally a site of waste disposal, the area was revitalized in commemoration of 2002 World Cup. What puts this park different than others is that the park is run only by renewable natural energy, mostly through windmills. Many migrant birds pass here every year on their way south.
Duration: 1 hour

Stop At: Kwangjang Market, 88, Changgyeonggung-ro, Jongno-gu, Seoul 03195 South Korea
Let's try some street food! Gwangjang Market was the first permanent market in Korea and it continues to thrive today. The second floor of the market is filled with silk, satin, and linen bed-sheet stores, which are the largest and most famous in Seoul.

Many of the stores in the area even have their own factories supplying fabrics to the Namdaemun Market, Pyoung Hwa Market, and even to some department stores. Even though the goods are not brand-name products, the wide selection of high quality goods at inexpensive prices makes it an enjoyable shopping experience.

However, the highlight of this market is not the fabrics. The fascinating part is discovering the animated food stalls, also popularized among foreigners by a recent Neflix show. We will go sampling some of the best Korean street foods here. The specialties in this market are octopus tartar and mung-bean pancakes. You will also be introduced to eccentric Korean foods such as steamed pork feet, blood sausage, and spicy chicken feet.
Duration: 1 hour

Stop At: N Seoul Tower, 105 Namsangongwon-gil, Yongsan 2(i)ga-dong, Yongsan-gu, Seoul, South Korea
Take in the breathtaking 360-degree view of the Seoul Metropolis! The top of the tower is at almost 480m above sea level, including Namsan Mountain(243m) and the tower’s own height(236.7m).

The tower was first established as a broadcast tower to send out TV and radio signals in 1969. As of now, it has become one of the representative landmarks and multi-cultural venues in Seoul. At the tower, you can check out other highlights including the famous 'Locks of Love' and ancient beacon mounds.
Duration: 1 hour

Stop At: Myeongdong Shopping Street, Jung-gu, Seoul South Korea
Myeong-dong is one of the primary shopping districts in Seoul. Many brand name shops and department stores line the streets and alleys. Common products for sale include clothes, shoes, cosmetics and accessories. Unlike Namdaemun or Dongdaemun, many designer brands are sold in Myeong-dong.

The streets are filled with abundance of street food vendors. Enjoy your evening in this town, which seems to have forgotten the night.

Dinner(local food)/Drop off at your hotel in Seoul
Duration: 1 hour

kaitlyn0414
Conway, Arkansas
50
Mom and Daughter
I live in Daegu and booked this tour because my mom is visiting me here in Korea. I don’t know much about Busan…
Read more 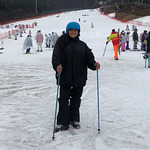 pamjar1908
Seoul, South Korea
11
The best of the best.
Wow, I had the best time of my life (no joking); I have never practiced skiing and Harry was very patient with me…
Read more

Whitbynor
10
DMZ tour with bbq
We had a wonderful tour with Dean today. It was a relaxed day that felt very customized to our interests during…
Read more

lin1113katherine
10
Great day tour
Dillion is a great guide. He told us a lot about Korean history, and patiently explain things to my two kids.
Read more

nuwii99
12
Really nice guide
The conversation was great and the guide was amazing. The ice sledding and light garden were the highlights for…
Read more 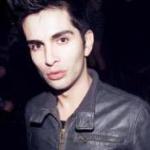 Urielhedding
Mexico City, Mexico
10948
Full amazing day tour
A quick sight seeing tour for those who have limited time in Seoul. You'll spot the most important places, and…
Read more

FerdyHasan
Jakarta, Indonesia
21
Amazing!
The guide was very friendly and knowledgeable, thank you MJ! We really had a great time. We went around the palace…
Read more

Jeffrysu0608
Surabaya, Indonesia
20
Busan Trip
Ms. Han is very patient and helpful person. She advise us all the places and manage our time properly.
Read more

patrickvy
10
Review for Vic
She is really accomidating will really recommend if you guys want to have a trip in Seoul. She is very efficient…
Read more

Same06g
20
Family Adventure
This tour was awesome. We had previously spent the entire trip in the city and were eager to experience Korea…
Read more

505sukih
10
Joyful skiing Christmas
What a wonderful Christmas day! Our ski coach, Harry, was kind, patient and caring. His English was excellent. Our…
Read more