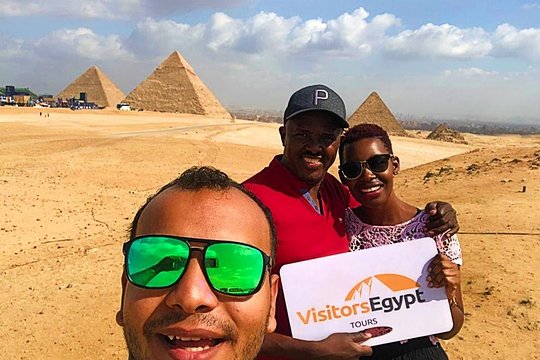 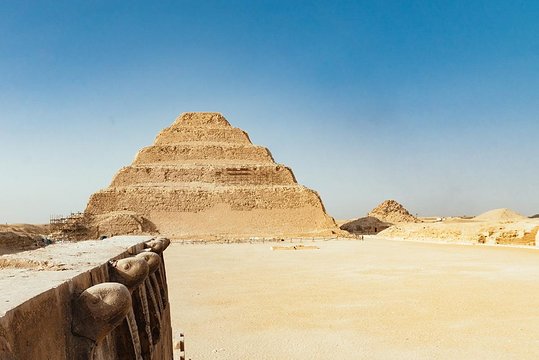 Select Date and Travellers
From
US$135.00
Date
2 travellers
Free Cancellation up to 24 hours in advance
Low Price GuaranteeNo Booking Fees
Overview
What to Expect
Itinerary

Stop At: Pyramids of Giza, Al Haram Str., Giza 12611 Egypt
Visitors Egypt’s tour guide will pick you up from your hotel.

Move by an air-conditioned car to start your tour by visiting the plateau of Giza where you will see the Great Pyramids of Giza (The only remaining landmark of the Old seven wonders of the world). You will see the Pyramid of Cheops and the pyramids of Chephren and Mycerinus. Take a few pictures from the panoramic area before moving on to the Valley Temple and the Great Sphinx.

Stop At: Memphis Historical Site, Egypt
After that transfer to Memphis which was founded by King Menes, and was the capital of Egypt during the Old Kingdom, it was considered to be a center of rule and culture for over 3000 years the first capital of Egypt, and see the Statue of Ramses II and the Alabaster Sphinx of Memphis.
Duration: 1 hour

Stop At: Dahshur, Cairo Egypt
Then move to Dahshur to visit the famous Bent Pyramid and Red Pyramid of Dahshur

At the end, the guide will drop you off at your hotel after the tour is finished.
Back to your hotel in Cairo.

Meals included:
• Lunch
No accommodation included on this day.

Stop At: The Museum of Egyptian Antiquities, Midan El Tahrir Geographical Society Building, Cairo 11511 Egypt
Visitors Egypt’s tour guide will pick you up from your hotel.

Move by an air-conditioned car to start your tour by visiting The Egyptian Museum of Antiquities. You will get the chance to visit the collection of King Tutankhamen including the famous golden mask of the boy king.
Additionally, you can also visit the Mummies Hall (for extra ticket purchasable on sit) in which you will see the mummies of the ancient Egyptian Kings

Stop At: Cairo Citadel, Al Abageyah Shar'a Salih Salem, Cairo 11511 Egypt
Then move to start your Old Cairo Tour starting with the Citadel of Salah El-Din in which you can also visit the Alabaster Mosque of Mohamed Ali.

At the end, the guide will drop you off at your hotel after the tour is finished.

Meals included:
• Lunch
No accommodation included on this day.

Stop At: Alexandria Library, Alexandria Egypt
Visitors Egypt’s tour guide will pick you up from your hotel.

Travel to Alexandria by AC vehicle for around 2.5 hours to visit Egypt’s beautiful second city. See rock-cut Roman catacombs, the ruins of a Roman temple complex, The Roman Amphitheater and Qaitbey Citadel.

Then move to visit the famous Bibleotheca Alexandrina. And afterwards, the National Museum of Alexandria.

Afterwards, move to visit the Royal gardens of Montaza and the Royal palaces of King Farouq (The last king of Egypt).

On the way back, you will pass by Stanley Bridge, the modern landmark of Alexandria.

The guide will help you taking amazing photos during the tour.

At the end, we will drive you back to Cairo and the guide will drop you off at your hotel.
Duration: 12 hours

Departure Time
8:00 AM
Duration
3 days
Inclusions
Exclusions
Show More
Additional Info
Cancellation Policy
For a full refund, cancel at least 24 hours in advance of the start date of the experience.

aniqaa2020
11
Mori - Excellent Tour Guide
Mori was a excellent tour guide. He made us feel so safe throughout the whole time and he was extremely kind too.…
Read more

Adventurer593747
11
Single white female on private tour
Ahmed collected me from my hotel on time. He introduced the driver and told me everything I should expect. He…
Read more

djidrovo1
Chicago, Illinois
209
Amazing Experience :)
We booked this dinner cruise as people had recommended to us a belly dancing dinner show cruise. Mori picked us up…
Read more 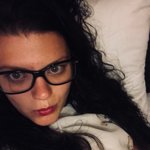 freinny
42
Nice tour 😊
Our tour with Mohamed was fantastic. Mohamed was friendly and kind person and knowledgeable about Egypt history.…
Read more

X4326LNaliciar
10
Excellent tour
This was an excellent tour. I was picked up in my hotel and I was taken to the cruise. I really enjoyed the great…
Read more

RyanClose
10
Super fun!
It's a great feeling going full throttle across the desert. The pyramids in the background make for some great…
Read more

BJ32ent
10
Amazing Experience!
All around great adventures for the price! Showed mad love and will definitely recommend this excursion to…
Read more

Nick_Schilcher
10
Great dinner cruise
Had a great dinner. Our guide Salah was very knowledgeable and helpful and we got picked up and brought back to…
Read more

mbely_isaar
10
Exploring ancient history
My tour guide Ahmed was amazing, he was knowledgeable about Egypy history and welcoming, I am happy 🙏🏼
Read more

ToyaK
Pennsylvania
11184
Food
This was a great time. We had so many options of different foods. I forget my tour operators name but he was very…
Read more 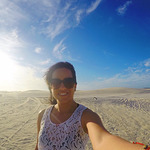 Nanis911
United States
10
Quad Bike with Mohamed
It was an awesome tour! The pyramids were closed due to a tournament but mohamed made everything possible for me…
Read more

mohamedfU7741IT
Giza, Egypt
31
Pyramids trip
It was really nice I recommend this company all of everything is available anytime good service ,…
Read more