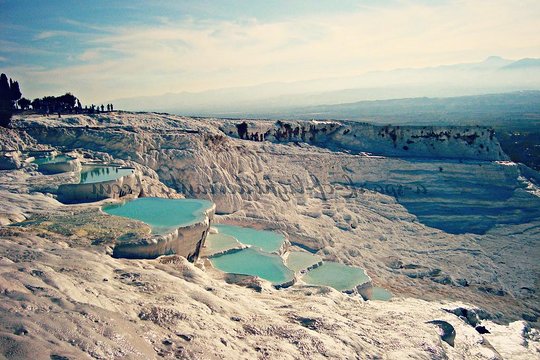 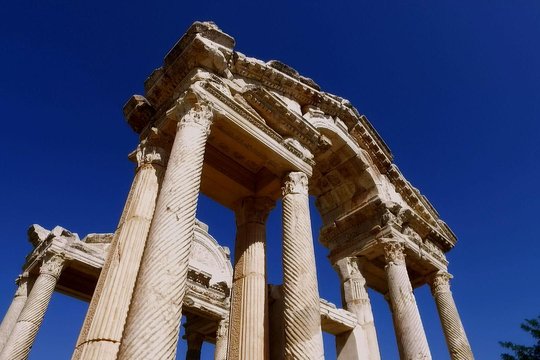 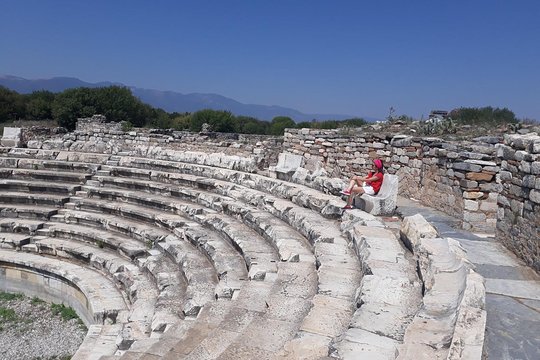 Select Date and Travellers
From
US$526.74
(Price varies by group size)
Date
2 travellers
Free Cancellation up to 24 hours in advance
Low Price GuaranteeNo Booking Fees
Overview
What to Expect
Itinerary

Stop At: Izmir, Izmir, Izmir Province, Turkish Aegean Coast
Pamukkale Aphrodisias Ephesus Tour Day 1: We start our journey with the village of Şirince. Which is located between an old Greek village and the hills. We are taking lunch after a short tour with our guide in this village. Which has been a popular stop in the recent times, which has done a great deal to protect the historic architecture? We give you free time in the village. In this free time, you can shop as you wish in the village. Which is based on economy viticulture, wine production, and olive farming?

While this tour, the first foundation was founded in BC. We visit Ephesus Antique City which dates back to 6000 years. We see Ephesus, Odeon, Cutler Street, Latrine, Hammam, Celsus Library, Love House, Agora and Theater, which are the capital city of the Asian state and the biggest port city living in the Hellenistic and Roman ages.

Finally, after our trip, we are heading towards our hotel in Pamukkale. Accommodation and dinner take place at our hotel.
Duration: 1 day

First of all, we visit the ancient city of Aphrodisias from Aphrodite.

In this ancient city and which is recorded as a UNESCO World Heritage List in 2009, the stadium with a capacity of 30,000 people is the best preserved 265 meters long of the ancient world. As a result,UNESCO World Heritage Committee meeting in 2017 with the contributions of the Ministry of Culture and Tourism and the Geyre Foundation. As a result,we are getting detailed information from our guide about excavation works carried out in the ancient city.

Even more,after our trip, we take lunch at Anatolia Restaurant. Then after the dinner, we are moving to Laodikeia Antique City. Hellenistic city, BC In the middle of the 3rd century, Seleucus King II. His wife was founded by Antiokhos in the name of Laodike. Then,we visit Travertine, a kind of rock formed by chemical reaction-end precipitation. After all, taking our photographs at this spot which is dominated by the Denizli plain, we are moving to Hierapolis Ancient City.

The ancient city of BC II. From the kingdoms of Bergama in the 20th century II. In this city, which was founded by Eumenes and is believed to have been taken from Heira, the wife of Telephos and the founder of Bergama, we take a detailed look at our guide.

Above all,according to ancient sources, the city which is famous for its metal stone processing and became the bishopric center in the Byzantine period and with these features, so the site is located in the UNESCO World Heritage List.

Mixiaobeng
10
Good experience
This company is so professional. Cenk Uysal has helped us to arrange the private transfer and paragliding.Thanks…
Read more

A9672DDjamesc
10
Ephesus tour
The trip was well planned and well organized. When we went to the museum the guide show us around and we got to…
Read more

172sarai
21
Amazing Journey
It was great journey over the city, we've had a short time to visit the city, but with this tour we could visit…
Read more 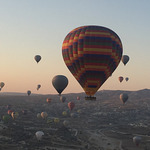 freddy m
Atlanta, Georgia
173
Wow..!!!
Thank you Cenk and Alp of Gezenthi travel was very nice and everything on time. Is an unreal and Beautiful place
Read more

freddy m
Atlanta, Georgia
173
Best tour guide
Thank you for the excellent information and also the most important for Us in perfect Spanish , Cenk is more than…
Read more 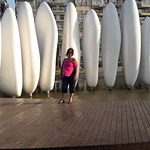 rolajabr
Beirut, Lebanon
162
Very exciting trip
We went to Ephesus place by ourselves (2 persons) not in a private tour from Izmir city. First we took the train…
Read more

hannahmc13
10
Perfect trip to Ephesus!
I have wanted to go to Ephesus for a long time, and finally made it this year. The tour guide, Elcin, was very…
Read more

NorthStar40777236728
43
Excellent!
Our visit to Efeso and house of Mary was wonderful thanks to the very professional and excellent job from Cenk…
Read more 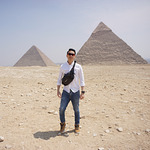 nicholasp229
82
Awesome private tour!!
Wow we were pleasantly surprised when we were picked up at our hotel to find out that it was almost like a private…
Read more 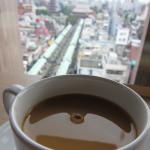