Museums of Modern and Contemporary Art in Rio and Niteroi
By: Wowtour Experience
3 reviews

Save
Share
Overview
Highlights
What to Expect
The purpose of this tour is to show and visit two prominent cultural institutions: the Museum of Modern Art, known as MAM, in the city of Rio de Janeiro, and the Museum of Contemporary Art, known as MAC, in Niteroi also bathed by the waters of Guanabara's Bay. The MAM occupies a privileged area in Flamengo Park, where you can see the Pão de Açucar, Cristo Redentor, Marina da Glória, Santos Dumont Airport, and the relief of the city of Niterói. After visiting the MAM, we will continue towards Niteroi by the Rio-Niteroi bridge, enjoying the postcard of the Guanabara Bay surrounded by natural beauties and human-made monuments such as Niemeyer’s Path, set of architect's works that made Niteroi the second City, after Brasilia, with more structures created by him.

The architectural style of the MAM, considered by Affonso Eduardo Reidy, follows the rationalist concept of structures leaked and integrated with the landscape. In this way, it assimilates the modern post-war trends, serving as a stage for manifestations of the Brazilian artistic avant-garde from the new realists to the Neo-Concretists. Hélio Oiticica exhibited there his work Tropicália giving rise to the Tropicalist movement. The architect Eduardo Reidy used the horizontal and transparent structure and integrated the museum with the nature of both the sea and the gardens.

Across the Bay of Guanabara, we will visit the Museum of Contemporary Art, considered one of the architectural wonders of the world. The Museum of Contemporary Art of Niterói launches a new museum concept as a space of creation, synthesis, and unity between art, culture, and society in environmental integration. For Oscar Niemeyer, the purpose of the MAC is to anticipate futures for the 21st Century through architectural communion with the stunning landscape. "The sea, the mountains of Rio, a magnificent landscape that I had to preserve... and I went up the building, adopting the circular shape that, in my view, the space required... I felt that the museum Would be beautiful and so different from the others that rich and poor would enjoy visiting it." by Oscar Niemeyer.
Show More
Important Information
Departure Point
Av. Atlântica, 1702 - Copacabana, Rio de Janeiro - RJ, 22021-000, Brazil

Traveler pickup is offered
Note: Upon request, by a message, we can pick you up and drop you off at your lodging location, including port Cruise, within a 15 km radius of the Meeting Point: Hotel Copacabana Palace, Av. Atlântica, 1702, CEP 22021 001, Copacabana, Rio de Janeiro.

The local supplier will confirm the exact time of your hotel pick-up by Phone or email.

Write a review
Traveller rating
Traveller type
Time of year
Language
Selected filters
Popular mentions
Stanley H wrote a review Nov. 2019
San Francisco, California61 contributions3 helpful votes
Camilo rolld out the red carpet
During my first week in Rio de Janerio I scheduled 4 tours that I enjoyed: all day city tour, Tijuca by Jeep Rainforest/Botanical Garden, Santa Theresa Walking Tour & Camilo's Museums of Modern Art - excellent opportunity to visit Niterói & see some stunning architecture.…
Read more
Date of experience: November 2019
Helpful
Share
Response from camilosequeira, Owner at Museums of Modern and Contemporary Art in Rio and Niteroi
Responded Nov. 30, 2019
Many thanks, Stanley, for your review. I am sure it will be a great incentive for other people to visit this and other museums in the city of Rio de Janeiro.
Read more
Christopher M wrote a review Oct. 2019
6 contributions
Great Tour with Excellent Engagement
The Tours of both the Niteroi Way and Contemporary Art Museum by Niemeyer were exceptional. At each, our amazing guide Camillo worked with local artists in residence (and interns) to provide us with a unique viewpoint on the site. In addition, the younger generation was able to…
Read more
Helpful
Share
Response from camilosequeira, General Manager at Museums of Modern and Contemporary Art in Rio and Niteroi
Responded Oct. 12, 2019
Thank you so much, Chris, for your appraisals, it will surely serve to encourage not only other tourists to visit these works by renowned Oscar Niemeyer but especially to create opportunities for art students at local universities who have described the architectural style Niemeyer's works and internal exhibitions.
Read more
Read 1 more review on Viator
About the operator

mdhoopes
10
10/10 Must Go- a perfect tour with Camilo
Visiting Sítio was a dream of mine. Camilo made it happen! And his English is great too! The tour also includes a…
Read more 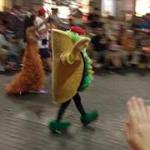 ChristopherM1252
30
Great Tour with Excellent Engagement
The Tours of both the Niteroi Way and Contemporary Art Museum by Niemeyer were exceptional. At each, our amazing…
Read more

jardindemiramar
Luzon, Philippines
30
burle marx
landscape is good, most of those seen in Philippines. Guide Camilo of WOW Is knowledgable and covers over and…
Read more

William R
London, United Kingdom
2014
Great experience
Camilo is an excellent guide.. The drive is over one hour from Rio centre but he made it interesting and fun,…
Read more 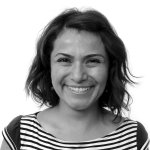 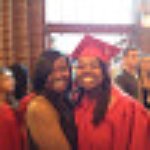 Quinn D
30
Best Tour of Real Rio
Camilo picked us up at our hotel and began to customize our tour based on the places we'd hadn't recently visited.…
Read more

hapibambolbi
Gilbert, Arizona
7537
Personalized tour of Rio
This tour that I had the pleasure of doing was a good mix of urban and nature. Going into the Tijuca Forest was a…
Read more

susanmK4092UQ
Rio de Janeiro, RJ
217122
Don't Miss this Rich History
Camilo picked me up at my home and took me on this excellent tour of the Little Africa area of Rio de Janeiro and…
Read more 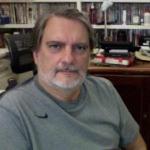