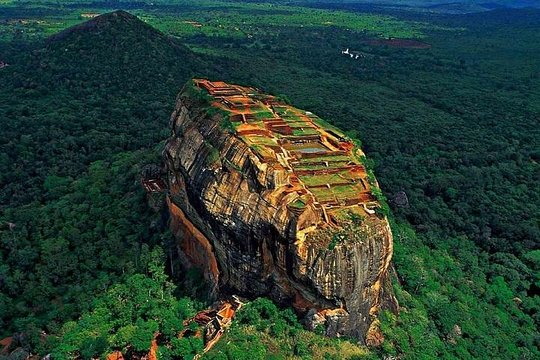 Stop At: Dambulla Royal Cave Temple, Kandy - Jaffna Highway, Dambulla 21100 Sri Lanka
Dambulla Cave Temple is also quite commonly referred to as the Golden Temple of Dambulla, owing to the large, golden statue of Lord Buddha. Towering 160m in height, ascend the stone steps until you reach the summit, where approximately 153 statues of Buddha are held inside the caves. You’ll also find statues of gods, goddesses and local kings. The cave temple has been listed as a UNESCO World Heritage Site.

Stop At: Sigiriya The Ancient Rock Fortress, Sigiriya 21120 Sri Lanka
Sigiriya is one of the most popular, historic towns in Sri Lanka. Sigiriya is famed for its dramatic Sigiriya Rock Fortress built by a parricidal king who dreamed of building his palace in the sky and his kingdom around it. The immaculately designed, advanced water gardens, the beautiful frescoes of deities adorning the rock face and the stunning panoramic view from the peak are some of the main attractions at Sigiriya Rock.

Stop At: Minneriya National Park, Maradankadawala-Habarana-Thirukkondaiadimadu Highway, 50150 Sri Lanka
The Minneriya National Park has recently gained popularity after being featured on NatGeo for the largest congregation of wild elephants; dubbed, The Gathering. Visit between the months of July to October; where the season is dry, which draws more than 300 elephants to travel to the nearby Minneriya Tank in search of water. Besides elephants, the park is also home to crocodiles, purple-faced langur, painted stork and a plethora of colorful birds, both endemic and migratory. Embark on an exciting safari to watch Sri Lanka’s gentle giants in their natural habitat.

No meals included on this day.
Accommodation included: Overnight stay at 4 star hotel on bed and breakfast basis

Stop At: Temple of the Sacred Tooth Relic, Sri Dalada Veediya, Kandy 20000 Sri Lanka
The Temple of the Sacred Tooth Relic, also known as Sri Dalada Maligawa is a sacred place of worship for Buddhists as it is believed to hold the sacred tooth relic of the Buddha. The city is believed to have been declared as a UNESCO World Heritage Site, mostly due to the significance of the temple. The temple was built within the complex of the royal palace, as it was believed that whoever holds the sacred tooth relic has to hold the governance of the country.
Duration: 45 minutes

Stop At: Royal Palace of Kandy, Sri Dalada Veediya Sri Dalada Maligawa, Kandy 20000 Sri Lanka
Situated right next to the sacred temple of the tooth, the Royal Palace was the official residence of the last king of Kandy. It is believed that the only reason the temple and palace is located within the same complex is because whoever had the right to govern the country should hold hold the relic for safe keeping.
Duration: 10 minutes

Stop At: Kandy Lake, Centre of Kandy City, Kandy 20000 Sri Lanka
Kandy Lake ushers in cool winds from the surrounding mountains to the busy streets. This man- made lake is built right opposite the temple complex. It was said that the king built this lake with a secret tunnel that passes through the palace. You can walk around the lake or enjoy a scenic boat ride from one end to the other.
Duration: 20 minutes

Stop At: Embekka Devalaya, Embekka Pilimatalawa Road, Kandy 20000 Sri Lanka
Embekke Devalaya is most known for the stunning woodcarvings, pillars and various other structures located within the premises. The temple was built in the year 1370 and was believed to have been built by the Queen and a drummer from the village. Admire the intricate wood carvings in the main halls and the temple as you explore the wondrous aspects of this temple.
Duration: 30 minutes

Stop At: Temple of the Gadaladenia, Kandy 20000 Sri Lanka
With a history dating back to the 14th century, Gadaladeniya Vihara is one of the largest, ancient rock temples in Sri Lanka. This old monastery was built over a rock in Diggala, Kandy by King Buwanekabaghu the fourth. The main shrine holds a single statue of the Buddha.

Stop At: lankathilaka, Lankathilake Junction, Gadaldeniya Road,, Kandy, Sri Lanka
Constructed as a four storey building, Lankathilaka temple stands at eighty feet high on an uneven rock overlooking the Hantane Mountain Range. Dating back to 1344 AD when King Buwanekabahu IV built the temple, was dedicated to the worship of the Buddha and other deities including Vishnu, Vibhishana, Kumara Banadara, and Saman.
Duration: 30 minutes

Stop At: National Museum Kandy, National Museum, Kandy, Central Province, Kandy 20000 Sri Lanka
The National Museum of Kandy is located right next to the Sri Dalada Maligawa and forms part of the Royal Palace complex. The museum holds a collection of more than 1500 ornaments, ancient weapons, jewelry, tools, and much more, some of which stem from the colonial and pre-colonial days of Sri Lanka.
Duration: 30 minutes

Stop At: Royal Botanical Gardens, Peradeniya Road, Peradeniya 20400 Sri Lanka
The Royal Botanical gardens in Peradeniya were once believed to be used as a secret, private garden for the royal family. However, following the end of monarchial rule, the gardens were open to the public and now display well manicured lawns, towering trees and shaded pathways. There are approximately 4000 labelled species of birds that you can watch out for !
Duration: 2 hours

Stop At: Kandy View Point, Rajapihilla Mawatha, Kandy 20000 Sri Lanka
Treat yourself to this stunning view of the hilly city of Kandy and the beauty that it wraps itself around.
Duration: 30 minutes

Stop At: Kandy Lake Club - Cultural Dance Show, 7 Sangamitta Mawatha, Kandy 20000 Sri Lanka
The ideal opportunity to embrace and watch in awe at the cultural show, where traditional Sri Lankan dancers take the stage to display their many talents and skills. Listen to the rhythmic sounds of the drums and tap your feet as the cultural dancers prepare to amazing you !
Duration: 2 hours

Stop At: Udawattekele Sanctuary, Lovers Walk, Kandy 20000 Sri Lanka
A forest reserve located right above the Sri Dalada Maligawa and the royal palace, Udawatta Kele Forest Reserve encompasses 104 hectares of thick jungle complete with a royal bathing pond, tranquil ponds and a shaded walkway that’s perfect for a stroll. It was believed that the members of the royal family used this as a leisure garden when they wanted to get away from the palace grounds.
Duration: 2 hours

No meals included on this day.
Accommodation included: Over night stay at 04 star hotel in Kandy

Stop At: Gangaramaya (Vihara) Buddhist Temple, 61 Sri Jinaratana Road, Colombo Sri Lanka
The Gangaramaya Temple is located in proximity to the Beira Lake and the complex consists of the Seema Malaka, which is perched on stilts on the lake, the main temple and a museum. Known to be over 120 years old, the temple lit up during the annual Nawan Perehera and should not be missed !
Duration: 45 minutes

Stop At: Colombo National Museum, Albert Crescent, Colombo Sri Lanka
The National Museum is a treasure trove of artefacts, sculptures, monuments and relics that date back to the pre-colonial era when Sri Lanka was ruled by kings and queens. The National Museum was founded in 1877 and is located in the heart of the city. Be sure to visit all the sections of the museum in order to truly understand the history, culture and heritage of the land.
Duration: 45 minutes

Stop At: Laksala, No 60, York Street No.215, Bauddhaloka Mawatha, Colombo 07, Thummulla., Colombo Sri Lanka
Whether you’re looking for souvenirs to take back home of the tropical island or buy a heap of Ceylon tea before your flight back home, there are a number of boutiques, shops and malls for you to browse through for your needs !
Duration: 1 hour

Stop At: Independence Square, Colombo 00700, Sri Lanka
Colloquially referred to as Independence Square, this national monument in Sri Lanka marked the day, time and place when Sri Lanka signed their declaration of independence from the British rule on 4th February 1948. A statue of the first prime minister stands guarding the front entrance of the monument. Though unknown to many, be sure to visit the hidden museum located under the memorial hall.
Duration: 30 minutes

Stop At: Beddagana Wetland Park, 139 Rampart Rd, Sri Jayawardenepura Kotte 10100, Sri Lanka
A treasure trove of colourful birds, the Beddagana Wetland Park is buzzing with activity and life. Follow the marked nature trail that will take you through shrubs, vines, and even a treehouse; which is great for observing the spectrum of endemic and migratory birds. Don’t forget your binoculars as this place is ideal for nature lovers!
Duration: 2 hours

Pass By: Pettah, Colombo Sri Lanka
Colombo Fort is located in the heart of Colombo, bordering Colombo Harbour and the Beira Lake. During the Portuguese invasion, they built a fort around the area before it was invaded by the Dutch and then the British. Today, within the demolished walls of the fort, the city’s commercial and financial buildings are located here, along with international hotels and the seat of government. The bustling street market of Pettah is situated on the east side of Fort and is great for a day of exploring and observing the local way of life!

No meals included on this day.
No accommodation included on this day.
Show More
Important Information
Departure Point
Traveler pickup is offered
We will pick up you from Colombo international airport or your hotel in Colombo, Negombo, Sigiriya, Kandy, Nuwara Eliya and Ella
Departure Time
12:00 AM
Duration
3 days
Inclusions
Exclusions
Show More
Additional Info
Cancellation Policy
All sales are final and incur 100% cancellation penalties. 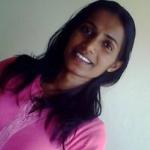 ShiromiKT
20
An Amazing Trekker in Ella
The heaven on earth , Ella, Thanks to Ella Flower Garden Hotel, we met an amazing trekker, Mr. Mahathun to guide…
Read more 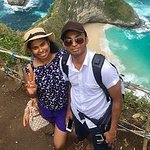 amhewagama
Colombo, Sri Lanka
161
Nice place with Full of unique nature
It is nice place to visit with family. Since the waterfall is located inside the Horton plains, it is 3.5 km to…
Read more

darcygomas
Paris, France
30
Great tour, excellent service
We had a great tour in Sri Lanka. We stayed during last couple of weeks. Jaffana tour from kandy was great. We…
Read more

Avacharlotte1
Toronto, Canada
71
OMG such a lovely day!
It was our dream to spot leopards in Yala national Park. Kasun and Yohan did a great job. They arranged an amazing…
Read more 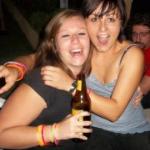 Francesca I
82
Absolutely AMAZING!!!!
It was one of the best experience we had in Sri Lanka. The panorama from the top of Ella rock before, during and…
Read more 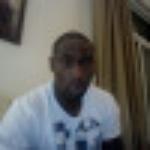 7brownsugar
Al-Rayyan, Qatar
21
Wow!! We Sri Lanka we love you!
This could potentially be one of the best experiences of our lives, although we could not make the early trip-…
Read more

paulchongjx
22
Udawalawe tour
Enjoyed the Udawalawe tour greatly as the safari driver was fast and able to go to many locations with animals.…
Read more
Key Details
Why Book on TripAdvisor?
Travellers Also Viewed
Explore the Unique Srilankan Culture
6 Reviews
from US$60.00*
Kandy One Day Tour from Sigiriya...
from US$106.25*
4 Days Tour To Kandy, Nuwara Eliya...
from US$195.00*
Tour to Polonnaruwa Ancient City
from US$86.86*
More options from Nefelibata Travels (Pvt) Ltd
See all
Train Tickets From Kandy to Ella or...
1 Review
from US$30.50*
Knuckles mountain trekking : Private...
from US$110.00*
Train Tickets from Nanu Oya to Ella
from US$24.00*
Ella Rock Guided Tour : Private Tour
1 Review
from US$30.00*
Bus Tours(792)
See all
Day tour to Sigiriya & Dambulla from...
78 Reviews
from US$53.00*
Dambulla Sigiriya Tour
25 Reviews
from US$33.00*
Sigiriya & Dambulla Full-Day Private...
25 Reviews
from US$39.00*
Sigiriya Rock Fortress and Dambulla...
78 Reviews
from US$150.00*
Shop Tickets And Tours(889)
Shop Now
Day Trips & Excursions
Sightseeing Tickets & Passes
Tours & Sightseeing
Private & Custom Tours
Cultural & Theme Tours
Luxury & Special Occasions