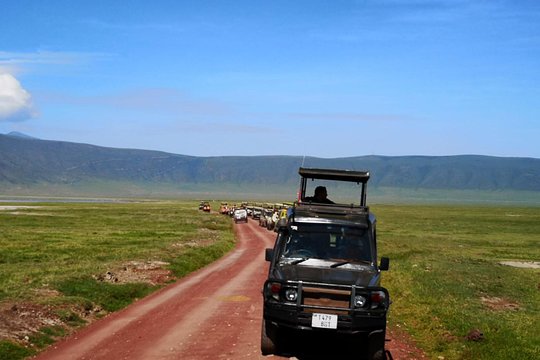 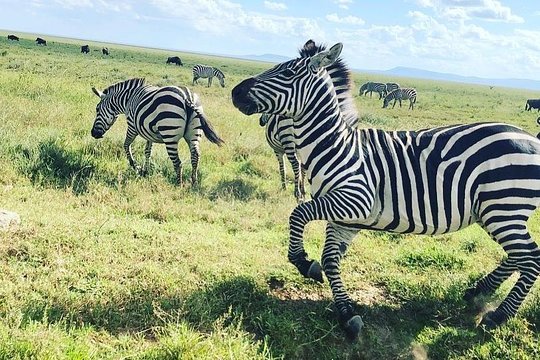 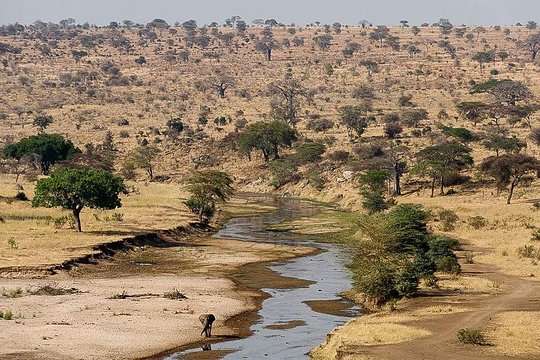 Select Date and Travellers
From
US$778.85
Date
2 travellers
Free Cancellation up to 24 hours in advance
Low Price GuaranteeNo Booking Fees
Overview
What to Expect
Itinerary

The park consists of natural vegetation mainly of Acacia woodland and giant African Baobab trees, with huge swamp areas in the south. Both the river and the swamps act like a magnet for wild animals, during Tanzania’s dry season. The Tarangire National Park is reputed to contain some of the largest elephant herds in Africa.

This African National Park is also home to three rare species of animals – the Greater Kudu, the Fringed-eared Oryx, as well as a few Ashy Starlings.

The Ngoro Ngoro Crater is one of the most densely crowded African wildlife areas in the world and is home to an estimated 30,000 animals including some of Tanzania’s last remaining black rhino.

Supported by a year round water supply and fodder, the crater supports a vast variety of animals, which include herds of wildebeest, zebra, buffalo, eland, warthog, hippo, and giant African elephants. Another big draw card to this picturesque national park is its huge population of predators, which include lions, hyenas, jackals, cheetahs and the ever-elusive leopard. We will enjoy a picnic lunch on the crater floor.

Late afternoon drive back to Arusha/Moshi

Ryosuke K
10
Nice trip with unforgettable experience
I had unbelievable experience thanks to Kilisa Tour. My team was very kind and friendly. If you're interested in…
Read more

Sam D.
10
Amazing Company to Hike Kili with!!
There are so many different companies to hike Kili with! When we were choosing and reading reviews etc. it was…
Read more

Laura C
30
Unreal solo climb 19 year old female
I had an absolutely fantastic time with Kilisa tours. The guides (Tammy, Joseph and Bakari) were so caring and…
Read more

avisekemail
The Hague, The Netherlands
20
Impressed with Kilisa Service
I just returned from Kilimanjaro after reaching to the Summit via Machame Route 7 days and 5 days Safari with…
Read more

Ellen
Sydney, Australia
47
Fantastic experience and unforgettable memory
I did a 7-day solo trekking with Kilisa. The experience is absolutely terrific. Naick is the operator of…
Read more

Luke C
35
Summit Kilimanjaro - amazing trip
I booked a trip with Kilisa through Tour Radar and it turned out to be the best decision. Kilisa Tours looked…
Read more

Benjamin H
10
Perfect Trip up the Lemosho Route
Summary: This trip was amazing! Kilisa organized a perfect trip from start to finish. We could not have asked for…
Read more

Luke C
73
Amazing company, helped us every step of the way
My girlfriend and I climbed up and made it to the summit a day early. We were very well looked after and the food…
Read more