I join with many others in extolling the virtues of the Royal Apartments. In every respect - location, space, cleanliness, and last but not least, friendliness and helpfulness of hosts Zvonko and Maria, this is a great establishment. And Korcula was definitely the highlight of our Croatia trip. We spent too much time in Dubrovnik. One other note - avoid Heathrow if possible; it's a travelers nightmare.

See all 235 reviews
Nearby Hotels 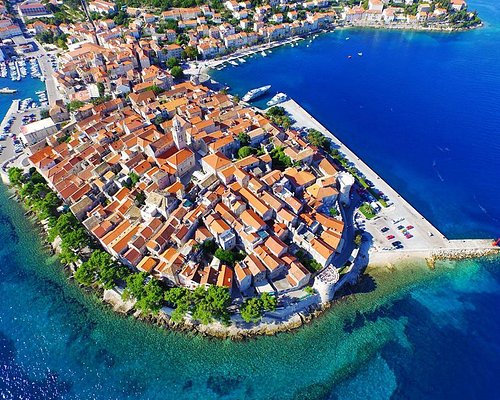 Adriatic Pearl Korcula
US$54
Tripadvisor
View deal
Pay up to 12X
Hotels.com
Expedia.com
US$54
CheapTickets
US$54
View all 10 deals from US$54
30 reviews
0.4 km from Korcula Royal Apartments
We compared the lowest prices from 10 websites 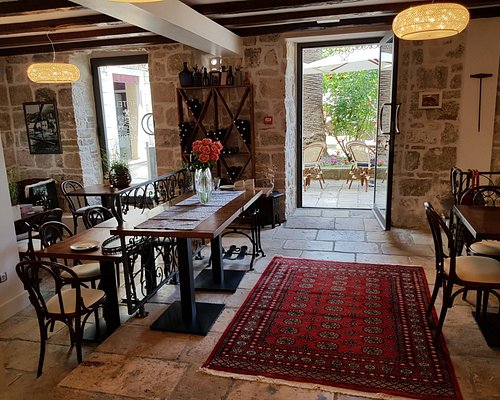 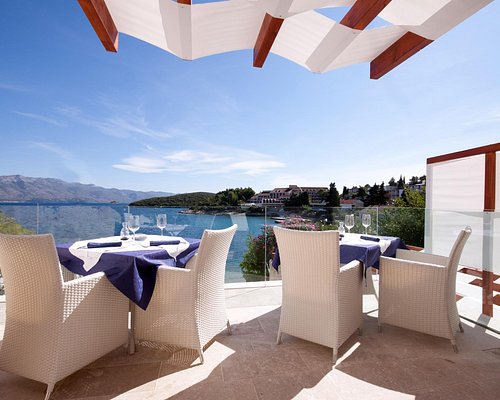 Our recent experience proved that previous top reviews were not exaggerating. Scenic location on the plaza beside the town gate; easy parking; a grocery and bakery right by the hotel entrance; immaculate rooms; and -- above all -- the most charming, helpful hosts imaginable. Go, and enjoy! We should clarify that owners Maria and Zvonko Jelavic are now directly running the apartments themselves. They previously had a manager named Annamaria who is still mentioned in some of the guidebooks. Note also that Maria and Zvonko return to their other home in Toronto sometime in October and close the hotel for the winter.

This review is the subjective opinion of a Tripadvisor member and not of TripAdvisor LLC.
StephenM302
London, United Kingdom
51
Reviewed October 3, 2011
Korcula is just beautiful

Myself and my girfriend spent two nights in Korcula and stayed in the Royal Apartments. We were greeted on arrival by Maria who collected us from the port and showed us to the premises. Maria and her husband Zvonko are excellent hosts and really go out of their way to make your stay as good as it can possibly be. The rooms are spacious, clean and in an excellent location on the seafront. After a nice meal in the evening we were treated to a glass of wine with Maria & Zvonko and made to feel extremely welcome. On our last day Zvonko even arranged transport for us to Dubrovnik. The island itself is well worth a visit and if you stay at Royal Apts you will not be dissapointed.

This review is the subjective opinion of a Tripadvisor member and not of TripAdvisor LLC.
PatandMary
Minneapolis, Minnesota
815
Reviewed September 29, 2011
With or without a car--perfect location and generous hosts

My wife and I recently booked two nights at the Royal Apartments on the internet after looking at options on tripadvisor. We rented a car in Dubrovnik and planned on taking a late afternoon ferry and informed the owners that we would be arriving at 6:00pm. The owners, Zvonko and his lovely wife Maria did not request a deposit, just emailed back stating "see you then." Well, we didn't get to Korcula until almost 9:00 pm and then basically drove into town as far as we could, parked the car and walked around searching for the Royal, tired, somewhat blind and definitely clueless in our wanderings. I was certain that if we did find the Royal, our room would be rented since it was the heart of the tourist season and most places were booked. Then I heard a strong voice : "You must be Mr. Johnson". This was Zvonko, across theplaza who was eating eating a late supper in front of the Royal. "We knew you would have a car and probably have difficulty because there are no street signs visible at night, so we set up a lookout. Get your car and I will save that parking space across the street for you and then you have a glass of wine with us and we will celebrate your arrival".

I don't think I have ever had such a reception from anyone, much less someone I had not met. Zvonko stated that he would never think of renting it out to someone else and indeed the Royal was booked full and they had turned away at least one other couple who were looking for a an apartment.

Zvonko and Maria actually live in Canada for part of the year but are native Croatioans and know the best restaurants, things to do etc. The units are spacious and well kept, like a studio apartment (our unit was on the top floor, we even had a small balcony.) There may be larger units as well. All are a great value. Very nice marble and tile bathrooms (our unit only had a shower which is fine for us). We looked at a few other accommodations in Korchula which did not compare to the Royal.And if you have a car, the Royal's location can not be beat because it is as far as you can drive into the town with a vehicle and park right in front or across the street. It fronts the bay and is 50 meters or so from the town gate. And, of course, you couldn't ask for better hosts. We use tripadvisor frequently but this is the first time I have felt compelled to write a review. We were impressed with the hospitality.

Room tip: Our room was very quiet but faced towards the back and side. The front rooms have great views of the town and bay, but don't have a balcony. There are only 5 units in the Royal
Ask PatandMary about Korcula Royal Apartments
2  Thank PatandMary

This review is the subjective opinion of a Tripadvisor member and not of TripAdvisor LLC.
WatsonNY
Port Washington, New York
1527
Reviewed September 12, 2011
Wonderful Place in Korcula!

We stayed at the Royal Apts in August and rented two apartments. We were travelling with two grown children and were happy to have extra space. The Royal Apts is a wonderful place to stay in Korcula. Our apartments were spacious, very clean, and in a great location!! The owners were helpful and available to answer any questions as needed. When my son accidentally jumped into the sea with the apartment key in his pocket, and lost the key, they were incredibly gracious! This is a particularly good value and we highly recommend it!! Thank you Anne Marie!

This review is the subjective opinion of a Tripadvisor member and not of TripAdvisor LLC.
Aisling T
Dublin
52
Reviewed August 9, 2011
Beautiful room in a perfect location

Our hosts were waiting for us at the ferry port when we arrived in and brought us to the apartments just a few metres away! The apartment itself was of a very high quality with excellent facilities. Our outdoor seating area could have been a little more private however this was just a minor gripe. The location of these apartments was absolutely perfect. We could just step out the front door and be right in the heart of everything. Yet we weren't kept awake by noise. Loved Korcula and loved this apartment!!

This review is the subjective opinion of a Tripadvisor member and not of TripAdvisor LLC.
View more reviews
PreviousNext
1…313233…
<script type='text/javascript' crossorigin='anonymous' async onerror='__scriptLoadError(this,tr