I booked a stay at the hotel for the night of November 9th. When I arrived to the hotel from the airport at 11:15am, I was told that I have to return at 2:00pm because the room was not ready for my stay.
When I returned at 3:25pm, I was denied entry to the hotel and further denied a stay because I did not furnish a foreign passport.
I am a Caribbean Diplomat and I have worked and LIVED IN EVERY ENGLISH CARIBBEAN ISLAND...... I have NEVER been denied a stay based on my Nationality and Race at ANY hotel in the Caribbean. Later, I was accused of be Obviously, my AFRICAN decent and Trinidad driver’s permit were sufficient enough to deny my stay at the Grand Diamond.
I was forced to cancel my reservation on Expedia. I haven’t received my refund as yet, I am waiting to see if I’d be reimbursed.
I won’t book again! Booker BEWARE!More 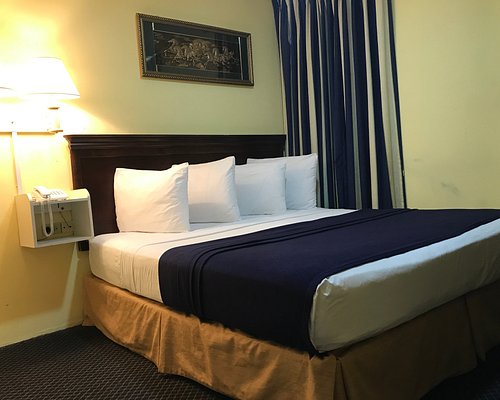 Airport Suites Hotel
US$62
US$60
Tripadvisor
View deal
Free cancellation
Pay up to 12X
eDreams
Travelocity
Priceline
US$62
View all 14 deals from US$60
238 reviews
3.0 km from Grand Diamond Hotel
We compared the lowest prices from 14 websites 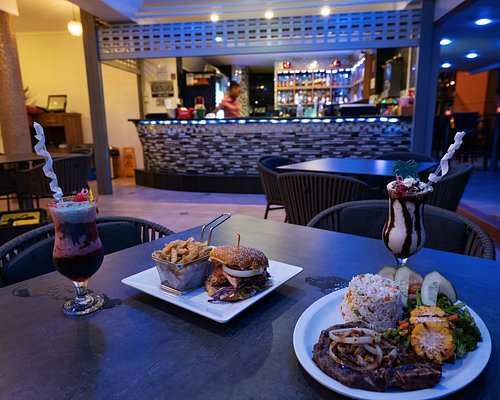 Expedia.com
View deal
Pay up to 12X
Travelocity
eDreams
Orbitz.com
View all 12 deals from US$121
11 reviews
3.2 km from Grand Diamond Hotel
We compared the lowest prices from 12 websites 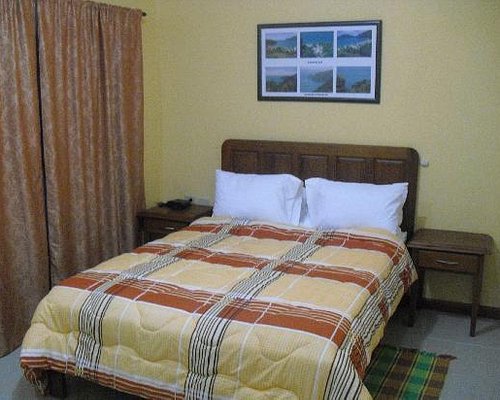 Expedia.com
View deal
Free cancellation
Pay up to 12X
Priceline
US$100
Hotels.com
US$91
eDreams
US$100
View all 14 deals from US$91
259 reviews
3.2 km from Grand Diamond Hotel
We compared the lowest prices from 14 websites
Breakfast included
Airport Inn
US$110

Expedia.com
View deal
Reserve now, pay at stay
Hotels.com
US$59
Travelocity
US$59
Orbitz.com
US$59
View all 8 deals from US$59
68 reviews
5.7 km from Grand Diamond Hotel
We compared the lowest prices from 8 websites
Radisson Hotel Trinidad
US$140

The facility was clean and the guest services very friendly. There was a small refrigerator with complimentary water and juice. We only stayed one night because we had an early flight the next morning. The hotel offered an airport shuttle for $10 per room. Was very grateful as it would have been difficult finding a taxi at 3 am.

This review is the subjective opinion of a TripAdvisor member and not of TripAdvisor LLC
imexbz
1
Reviewed September 6, 2019 via mobile
Great Small Hotel

This is a perfect place for my purposes. The people are very nice and do their best to make guests feel comfortable. It will be even better when their third floor restaurant is finishes. This is the best value I have found in Trinidad.

Hi we thank you for your kind wonderful review .it was a pleasure having you for the 2 weeks .all the best Mike

Report response as inappropriateThank you. We appreciate your input.
This response is the subjective opinion of the management representative and not of TripAdvisor LLC
bsadasivan
57
Reviewed August 28, 2019
Rude, Unprofessional Staff- An Abominable Representation of Trinidad and Tobago

I was booked in to stay here later this year. After making my booking, I contacted the hotel to arrange a 1 way complimentary airport shuttle (which was advertised on hotels.com) for my departure the next morning. I specifically indicated to them that I did not need an arrival pickup, but wished to utilize my complimentary one way airport shuttle for my departure only.

They kept sending me robotic emails on 10 August and 11 August about how to find their airport shuttle on arrival, but would have to pay a fee for the departure shuttle. I reiterated again to them that I should not be having to pay any amount since a 1 way shuttle should be free of charge. They then stopped responding for a full 17 days.

Earlier today, I attempted to contact them again to get an update on the situation, to which I was given an extremely rude reply "We do not need your business. Cancel the Reservation immediately. And stay in the rat hole you deserve". How rude could someone possibly be? And especially for a company in the hospitality industry. Proof of these messages are attached to this review, and I highly urge all potential guests to look elsewhere! I have never seen a hotel of such stature be so rude, condescending and inappropriate in their language and judging from the response they made on the last review, it seems to be becoming a bit of a trend. AVOID!

This review is the subjective opinion of a TripAdvisor member and not of TripAdvisor LLC
njd1488
Tampa, Florida
5749
Reviewed July 6, 2019
Stay somewhere else

The hotel locked and closed on arrival. Had to wait 15 minutes for the shuttle driver who was also the front desk clerk to return from the airport to let us in. No hot water, the hot water heater only provides 3 minutes of hot water. The water smelled like chlorine and burned my eyes. There was pubic hairs on toilet seat. The only shelf in the shower was rusty. There were stains on wash cloth and the face towel and the sheets and the pillow. There were no curtains on the window. They overcharged my credit card.

This is a sabotage guest sent here to write and create your review you are welcome to do what you have done we will always be strong we know who sent you ?

Report response as inappropriateThank you. We appreciate your input.
This response is the subjective opinion of the management representative and not of TripAdvisor LLC
MacG0
Wolverhampton, United Kingdom
3953
Reviewed June 14, 2019
Great for the Airport

Booked on recommendation from colleague. Stayed one night, was picked up from the airport. Stayed in a double, clean and tidy with a comfortable bed. Bathroom with shower was clean with good pressure. AC kept the room comfortable. Staff very friendly and helpful, walked a couple of minutes down the road to a well stocked supermarket as no restaurant onsite but coffee and tea was available. Importantly had a good nights sleep and it ticked all the boxes. Will stay there again next time I'm passing through the POS.