US$61
US$56
View deal
Travelocity
Booking.com
Destinia.comUS$61
View all 15 deals
Prices are the average nightly price provided by our partners and may not include all taxes and fees. Taxes and fees that are shown are estimates only. Please see our partners for more details.
oliviaaa243
Berlin, Germany
1

We will remember this place for exceptionally unfriendly staff. The man at the reception has treated us with an attitude of superiority and arrogance from the very moment we stepped in the hotel. Nor him nor anybody else in the hotel could speak a word of any other language apart from French (no english, no italian, no german, no spanish) and they didn't want to make any effort to make themselves understood by us. We arrived at 21 as the hotel kitchen was about to close, we were told we could eat a main course and we should check in later. As we finished our food we were given the keys of our room. The room had absolutely nothing to do with the rooms on booking.com: much smaller with no window that we could open. The only way to get some light was to open a door that went directly on the street (and the area where the hotel is pretty rough at night, as for juvenile racing with loud motorbikes and drunken people), the shower without a curtain flooded the whole bathroom. As they told us later on, they had given us the barrier-free room. The hotel was almost empty and we haven't been given any other option.More

Show less
Review collected in partnership with this hotel
This business uses tools provided by Tripadvisor (or one of its official Review Collection Partners) to encourage and collect guest reviews, including this one.
See all 193 reviews
Nearby Hotels 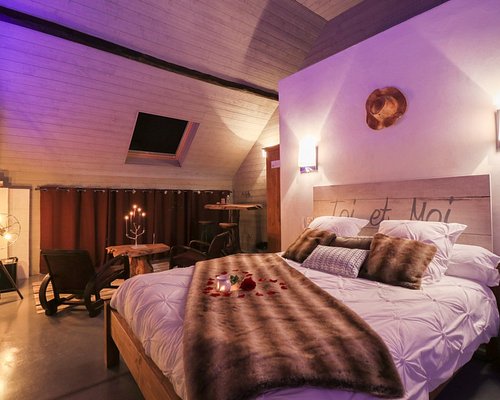 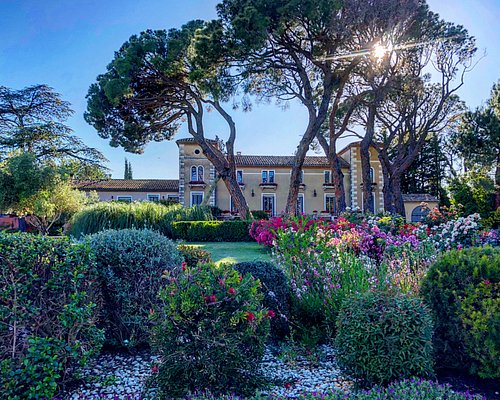 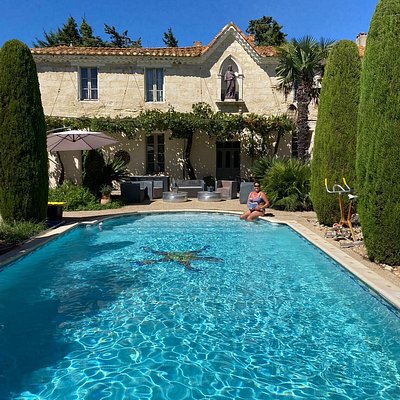 We loved your food. Everything tasted so yummy and delicious. Everything what we ordered was very tasty and the price was great! Also service was great ♥️ Best place in Saint Gilles :) We definetly recommend this place!

This review is the subjective opinion of a Tripadvisor member and not of TripAdvisor LLC.
GlobeTrotting718295
Norfolk, United Kingdom
315
Reviewed July 8, 2019 via mobile
Overnight stay - shame about the roadworks!

Had difficulty getting to hotel due to extensive roadworks in the town, will be lovely once area outside hotel is complete! As only stayed one night our top floor small room was ok. Clean and adequately furnished, good shower in bathroom. Dinner was good , with lovely helpful staff. Breakfast was rather chaotic, as hotel was very busy. Good value.

This review is the subjective opinion of a Tripadvisor member and not of TripAdvisor LLC.
Tom C
London, United Kingdom
7829
Reviewed April 13, 2019
A base for our tour of the Camargue

We chose this hotel due to its location and had no great expectations. However we were pleasantly surprised as the staff were helpful, the room recently refurbished and the restaurant good. The only blot on this record was that the local council had decided to tear up all the paving outside so one had to walk across a "sand pit" to get in and out. Clearly this was not within the control of the hotel and hopefully would have only lasted for a very short time after our departure.

This review is the subjective opinion of a Tripadvisor member and not of TripAdvisor LLC.
839waltere
Milan, Italy
257
Reviewed October 5, 2018
business trip in Saint Gilles

I've seen some reviews and I was concerned about this hotel so, after have been there for one night and a dinner I thought to review it properly.
People are very kind, the room was recenlty refurbished and the restaurant is very good.
last comment on the breakfast, I enjoyed the french cheese selection anf the fresh croissaint.
I suggest this hotel, the value for money is greast!

Ate here twice, once at lunchtime the other for dinner on a Sunday evening. Both times the food was excellent and very good value. Service was very good, especially on the Sunday evening. Very nice selection of wines, including some excellent local ones, we had a white which was really good ( and we live in a wine region in another part of France). Highly recommended.

This review is the subjective opinion of a Tripadvisor member and not of TripAdvisor LLC.
View more reviews
PreviousNext
123…