Expedia.com
Travelocity
Booking.com
View all 13 deals
Prices are the average nightly price provided by our partners and may not include all taxes and fees. Taxes and fees that are shown are estimates only. Please see our partners for more details.
Barbara S
Poughkeepsie, N.Y.
910

My husband and I stayed at Hotel Jardi in Mollerussa in May 2014 while visiting our son.
We had a Jr. Suite. The room was large and very clean. The bed was extremely comfortable.
We had a balcony which overlooked the town. The hotel staff were friendly and helpful. The
hotel is located next to the railroad station. The hotel, the town and the people were charming.

See all 52 reviews
Nearby Hotels 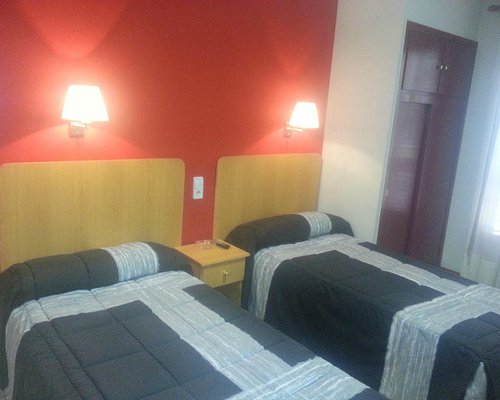 I stayed with my family in The Hotel Jardi Apartment Suites for 1 week, whilst attending my cousins wedding. My cousin picked the hotel and we reserved one of their apartments. We very much liked the apartment, the balcony views and the location. But we were very disappointed that the hot water system in the Hotel Jardi Apartment Suite had a limited amount of hot water for a family of any size to take a shower or bath. We went to speak to the hotel reception staff about the problem with our hot water system in one of there apartments and they checked on it. It was fixed temporarily but we still had cold water and no hot water at all. I went back down to speak with staff about the lack of any hot water and the man on the reception desk was rude and said that we should not use up any of the hot water. Which we had very little of.
We had to take cold showers which were not nice.
Cleanliness from staff working for the Hotel Jardi, were extremely bad. Some days the cleaners would come and clean the apartment other days they wouldn't. I popped out briefly for a moment from my apartment and was coming back to make some lunch. When the cleaner told me that I could not come back into the apartment for 1 hour. All my belongings - mobile etc were still in the apartment and I just wanted to make some lunch with my family so we could quickly go out for the rest of the day. I said no and made lunch and gathered all my belongings.
We were left with no toilet rolls on our last two days and if we had not bought any kitchen rolls from a near by supermarket then we would not have had anything to use personal hygiene wise.
Staff need to improve on their cleanliness and lack of hygiene. The situation with the bathrooms needs improving.
After taking a shower a piece of brown wood came out from one of the fixtures in the bathroom and the blind - metal piece almost hit me on my foot when shutting one of there blinds.
After personal experience of staying with them I would not recommend staying at Hotel Jardi. I have stayed in much nicer hotels and this most certainly was not one of them.
When we arrived at the hotel we were only given one pillow per bed. Which is not very good sleeping wise.

Room tip: Can get a bit noisy outside the hotel at night
Ask 585jessy about Hotel Jardi
Thank 585jessy

This review is the subjective opinion of a Tripadvisor member and not of TripAdvisor LLC.
skindiverDublin
Dublin
14486
Reviewed October 29, 2012
Excellent hotel.

We stayed there in October 2012, for just one night. Mollerussa is not a tourist centre but the region is facinating, as the fruit growing and agricultural centre of Catelunya (and perhaps the whole of Spain?). It is on a vast plateau with the per-Pyrenees and snow-capped Pyrenees spreading over the entire horizon to the East. The hotel itself is very modern and quite fashionable and comfortable. Our room overlooked the front entrance and I was afraid it might be a bit noisy at night but there isn't much traffic in Mollweruua, so this was never a problem!
We did not have an evening meal in the hotel and, instead, shose to dine in 'el Gat Negre', just 50 yards around the corner, which was teriffic. Breakfast was a simple affair but the freshly squeezed orange juice was to die for!. Staff were helpful and friendly and this was a treasure to encounter in rural Catelunya.