Booking.com
StayForLong
Hurb
View all 10 deals
Prices are the average nightly price provided by our partners and may not include all taxes and fees. Taxes and fees that are shown are estimates only. Please see our partners for more details.
patriziamucci
Pisa, Italy
230169

We stay for 1 night on may 2017 at 72 euros.
The garden and the hall are very nice, the room wonderful: clean and with a big bed.
I really appreciate the relaxing shower .
The staff very kindly.
Recommended

See all 171 reviews
Nearby Hotels 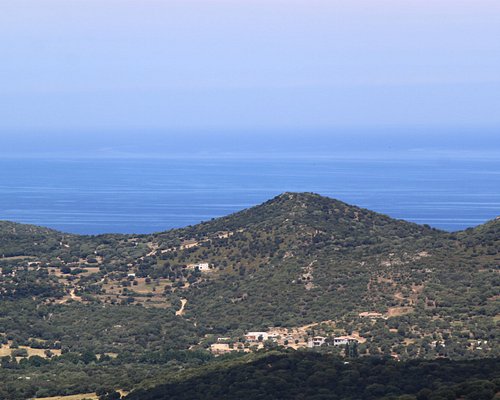 4 days in that hotel, just perfect. The room was clen, garden with pool prfect chillout after long riding with motorcycle. The staf is realy frendlly and nice, if you need help they will help you with no problem. Nice point for motorcyle riding to all spots. I realy recomend that hotel. Its a family buisnes they have reataurant 1km from the hotel and for me the best pizza in corsica. The beach is not farr away from hotel and its perfect. Next time whitout question am comming to them. Thank you for everything! Respect! From Austria, Gasper Zore. Ps. Thanks for all the franch language lessons ;)

Report response as inappropriateThank you. We appreciate your input.
This response is the subjective opinion of the management representative and not of TripAdvisor LLC
travelconoisseur
Montreal, Canada
65
Reviewed September 20, 2016
We were treated terribly- RUDE RUDE RUDE

I booked this "hotel" for 4 nights in June when we only needed it for 3 nights. We arrived on our second night having already paid for a night where we didnt even stay (our ferry arrived in Bastia the day after we boarded it as it was a night ferry, my mistake, we lost one night's pay at this hotel, that's fine if they were worthwhile for the other 3 which they certainly weren't). We arrived at around 9.30a.m. at the hotel. You would think we would be able to get the key to our room right away since the night before, it had not been used or slept in. We were told by the sweet lady serving breakfast that the receptionist will be at the desk at 10a.m. (my timing could be off by 30 minutes, we were very tired at this point). I asked if it would be possible to have the key to our room to just go lay down as we were extremely tired and the room had been prepaid anyway.

She went and checked with the receptionist again who told her to inform us that she would take her shower and be with us "whens she can". We sat outside in the hot sun having a coffee waiting for her. A middle aged lady with short boyish hair came and sat down at the reception. We walked up to her and introduced ourselves smiling and saying hello asking if we could be helped. She said she just sat down and hasn't had her coffee and cigarette yet. This was shocking especially since we had already waited 30 minutes at this point.

We finally got our keys around 30 minutes later after the coldest welcome. The lady at breakfast apologized to us for the behaviour of the receptionist who we later found out is the mother of the owner. Her son basically owns the property and she works the reception and lives there I suppose? Her son is also present on the property from time to time watering the plants but we did not get to speak to him as we continually missed him.

When we needed a few extra towels, she shouted at me saying this is not a "2 star hotel, nothing more" and she took the towels I had picked up from the housekeeping lady out of my hands and counted 2 towels that she put back in my hands. She must have thought I wanted to steal a few towels from them? Seriously?

Overall, I would say the room itself is alright, the showers are renovated and clean but the owner's mother with the short hair and terribly rude attitude simply does not belong in the hospitality industry. I strongly urge the owner to speak to her and train her in being nicer to guests or you will have many unhappy customers. When I ate at their restaurant at the end of the road, even the manager there informed me that they avoid speaking to her and just say "hi and bye" because she is very unpleasant . So even when your other staff are aware of this, shouldn't it be addressed?

I highly recommend looking at another hotel and not staying here. The service fro this lady will ruin your stay!

This review is the subjective opinion of a TripAdvisor member and not of TripAdvisor LLC
Marianne R
Boulogne-Billancourt, France
610
Reviewed June 27, 2016
Incredible value for money

We very randomly arrived at this little family owned hotel (only 20 rooms) and stayed there for 2 nights. It is a freshly renovated hotel on the outskirts of the Ile Rousse, easy access to the beach with a restaurant only 1km away that serves very decent pizzas and seafood. Overall we were delightfully surprised by this little place. First of all the gardens are very well kept and pleasant in the morning for breakfast. The rooms are fully air conditioned, clean and decorated simply but with good taste, beds very confortable and linen immaculate. The staff was very accommodating with our dog too so he had his own little terrace! Breakfast was the best we've had in Corsica with fresh bread, croissant, juices, cereals, eggs, yogurt, excellent coffee and local honey and jam. There is also a swimming pool which is really great in the morning before breakfast. Overall for the fee we paid we could not believe how amazing this place was an we strongly recommend it. Super nice and welcoming staff. It doesn't deserve the bad critics I have read!!!

Room tip: All rooms are quiet except the ones close to the reception
Ask Marianne R about Hotel Les Mouettes
1  Thank Marianne R


Report response as inappropriateThank you. We appreciate your input.
This response is the subjective opinion of the management representative and not of TripAdvisor LLC
Pikkumyy81
Basel, Switzerland
7411
Reviewed June 13, 2016
Freshly renovated hotel with beautiful garden - service could be improved

We stayed here for 3 nights in May. Rooms were freshly renovated, and are now very nice, incl. small terraces, and simple, well equipped bathrooms. So I cannot confirm the earlier comments regarding "dirty" or "old fashioned" rooms.
The garden is beautiful. Truly beautiful.
The breakfast buffet is rather good (you can even eat breakfast outside, which is a clear plus).
The pool is nice, though the water was still a bit fresh.
Only downside from our experience was the service: Probably due to the recent renovation, the owner and employees now try to take "extra care" of the place - so no shoes next to the pool (but no sign to indicate this), no food in the rooms (and therefore the request to store pick-nick food in our car)... While the limitations may be justified, the tone of these requests was often just a bit surprising...

Report response as inappropriateThank you. We appreciate your input.
This response is the subjective opinion of the management representative and not of TripAdvisor LLC
cloclo1989
Barcelona, Spain
135
Reviewed January 29, 2016
Great stay

The hotel is quiet and well kept. Family run hotel. You gotta stop at the pizzeria and try their brochettes if you go there.

You don't get the sea view or the pool but you get the familly feeling and the big smile every morning! Perfect spot to relax and explore corsica as the owners can tell you all the best spots in the siland