StayForLong
Priceline
ZenHotels.com
Prices are the average nightly price provided by our partners and may not include all taxes and fees. Taxes and fees that are shown are estimates only. Please see our partners for more details.
benbboris
Croydon, United Kingdom
3525

I booked a room at this hotel despite reading many of the reviews so I knew what to expect. But at the same time I have stayed at so many formulaic hotels I was attracted to what would have been the traditional French experience of the a more no-nonsense past. And I wasn’t disappointed.
Yes the toilets are shared and yes you have to run the tap for a couple of minutes before the hot water starts to run, but this establishment has bags of character and the above flaws were minor indignities.
I also ate at the bar & restaurant below and had a perfectly acceptable meal with nice wine accompanied by delightful service.
There at nine rooms in total spread over two floors accessed via steep narrow stairs and there’s no lift.
The views of the mountain are breathtaking and situated as it is on the Route Napoleon its a very very convenient place to take break your journey.
So with all the above caveats I have given this establishment a high score because if you want something other than the traditional formulaic hotel this is a great choice along the Route de Napoleon.More

Dear friend, thank you so much for your accurate review.

We wish you a good trip in Provence, from all the staff, Sandrine, Florian and Thierry. 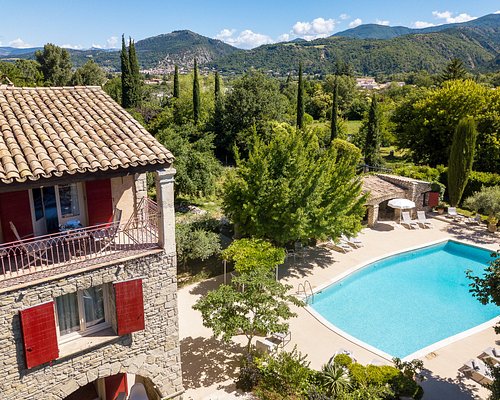 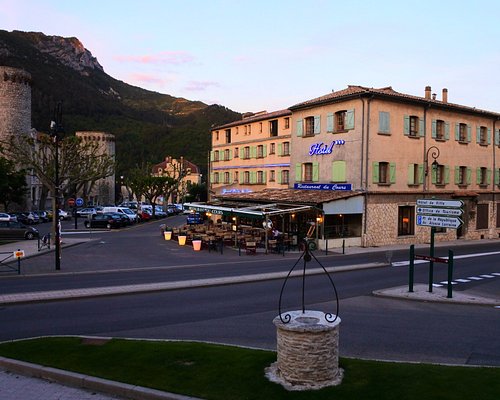 A lovely little hotel in a sleepy village with a view of the village square from our room.. Full of character.
The room was well kept and clean.
The restaurant was good, lovely authentic local cuisine.
The local people are friendly and welcoming.
This is a view of France as it was in the past. Well worth a visit

Thank you for your honesty, we are glad to manage to get that kind of impression.

Report response as inappropriateThank you. We appreciate your input.
This response is the subjective opinion of the management representative and not of TripAdvisor LLC
Blod3
Wales, United Kingdom
8171
Reviewed August 3, 2014
There is a reason it's so cheap!

Let's start with the positives, it's cheap and generally clean. Downstairs is quite welcoming and that's where it ends. We should have left when the owner, who did not seem to care about his customers, refused to let us see a room. He launched a speech basically saying it was cheap and tidy so if we wanted to see a room we should go to the Bonne Etape instead!! for some strange reason we stayed, oh dear..Broken lights, ancient fittings, shared toilet that was tiny. The 'ensuite' shower had to be hand held as the casing had broken and my shower had a panel missing. Breakfast was at a time to suit the owner. We asked for 8 am, another couple for 8:30. We were all served at 8:40. You get what you pay for and we are happy to pay more from now on!

Hello. Than you for that really nice comment, we are happy for you to spend more money in your trips now. Obviously, the state of the room in not like you said, we are really careful about that. Thank you .