US$164
US$151
View deal
SAVE US$13
Free cancellation until 21-04-22
Expedia.comUS$164
Orbitz.com
Hotels.comUS$164
View all 13 deals
Prices are the average nightly price provided by our partners and may not include all taxes and fees. Taxes and fees that are shown are estimates only. Please see our partners for more details.
JDJACOB
Windemere Island, Eleuthera
3

See all 649 reviews
Nearby Hotels 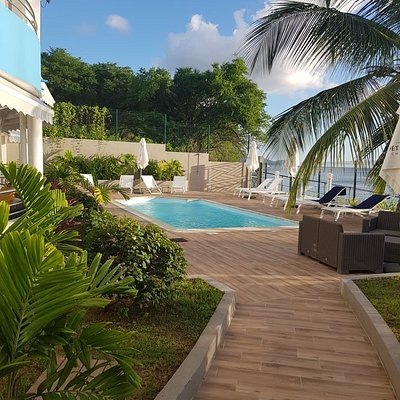 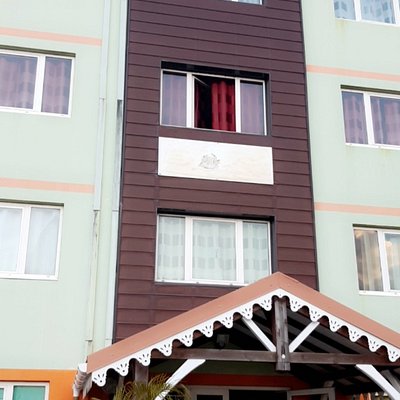 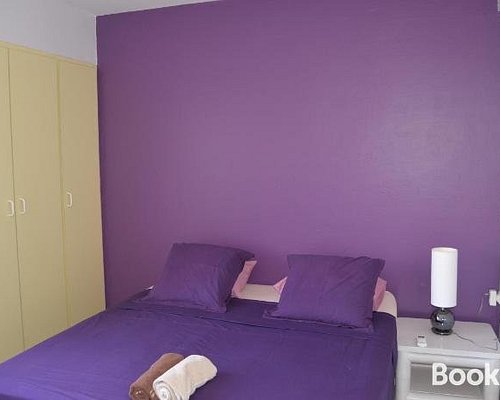 The hotel is old and in need of refurbishment. We were initially given a room which was a good distance from the main area. This room was substandard, had a view of a building site and the door card didn't work (we tried several). They then put us into a better room but this was dated. There was a lot of marble, including around the pool, which was dangerous and slippy when wet. The bar, which stayed open late, did not sell wine although the one downstairs by the pool did. The wifi only worked intermittently. The TV stopped working after 2 days and wasn't fixed. We never got into the hotel car park although there was parking in a field and on the road outside but these were badly lit at night. The worst thing was an incident at the pool one afternoon. There was an invasion of about 15, or more, black teenagers who tried to intimidate the hotel residents. They jumped into the pool shrieking and splashing everyone. I was particularly vulnerable as they threw their backpacks around the space where I was sitting. Eventually a "security" guy came and got about half of them to leave but he refused to deal with the remainder who were still in the pool and whose bags were still around where I was sitting. They eventually left but then some of them returned a short time later and jumped into the pool again. There is no security to prevent people who are not resident from using the pool. I found this threatening and when I tried to complain all the reception staff claimed not to understand English (my French is limited). It was not a pleasant experience and we won't be returning to the Caribbean.

Room tip: Choose room which is in the main hotel, not the annex to the side, and preferably, on an upper floor
Ask annehY6684WQ about Hotel La Bateliere
1  Thank annehY6684WQ

This review is the subjective opinion of a TripAdvisor member and not of TripAdvisor LLC
phom
Munich, Germany
172261
Reviewed March 7, 2019
wonderful location, but the worst management

its position on an elevated cape is beautiful, with 270° view to the ses and bay of FdF. Furthermore its lounge and the terrace to the sea are very nice and the excellent "Lili's" beach bar is a livesaver. The hotel celebrates 50th birthday and it seems that nearly nothing was renovated (see my pics): our room was foul-stinking with a heavy stained carpet, broken stained tiles in the bathroom, and stucking doors; and after to days the Aircondition broke down. The staff reacted incompetent and demotivated, we received no help on sunday, and monday the so called "technicien" just unscrewed the AC, scattered towels thereunder and left without notice. After my explicit complaints we were granted one of their "luxury rooms". The view and furniture wre very nice but even there the balustrade was rusty and the AC stained.
How can such a neglected hotel survive? In effect it's a convention center and hudreds of short staying conference people fill rooms and canteens, and knock out the wifi!

Thank you for the feedback.

We regret that your time with us wasn't perfect. While we're happy that you appreciated our prime location and the view.

I apologize for the inconvenience with Aircondition.

We strive to ensure our guests have a pleasant experience so we'll be sure to discuss your feedback with the appropriate members of our team moving forward.

We hope for the opportunity to share a more positive experience with you soon.

Report response as inappropriateThank you. We appreciate your input.
This response is the subjective opinion of the management representative and not of TripAdvisor LLC
RogHil69
Eskilstuna, Sweden
1415
Reviewed February 7, 2019
Hotel restaurant, bad service

Lousy service. We ordered 3 courses. we waited almost an hour for the main course. It turned out they had forgotten us....people that came after us to the restaurant got their food before us. We left hungry and just paid for the first course. EAT SOMEWHERE ELSE!

Room tip: Choose a room on higher floors. There was a fan outside that brought very much noice into the room.
Ask RogHil69 about Hotel La Bateliere
1  Thank RogHil69

We appreciate your feedback. I apologize for the inconvenience during the service in our restaurant.

We strive to offer our guests quality service and comfort. However, it's unfortunate that your stay with us was anything less than perfect. We'd love to see you again in the future to share a more positive experience with you.

Report response as inappropriateThank you. We appreciate your input.
This response is the subjective opinion of the management representative and not of TripAdvisor LLC
JacoCl
Pretoria, South Africa
193168
Reviewed January 20, 2019 via mobile
Dirty

We were 3 couples that booked into the hotel before boarding a cruise. There is not much nice to say about this hotel. Only positive is that it has a great view and the wi-fi is work.
The rooms are large with a balcony. In the rooms everything is dirty and shabby.
Bathroom floor is dirty and the underside of the vanity top has not been cleaned this century. Rust and open holes in the tiles above the bath. The tiles in the shower and bath are so sticky you may pick-up a virus looking at it.

Toilet holder is sticking out of the wall with the plugs being exposed and the paint on the roof is pealing.
Bedroom carpet is dirty and has not been cleaned for a long time.
When you arrive the sliding door to the balcony has been closed with a “plank” to prevent it from being opened.
In short, this must be the dirtiest and most run-down hotel I have ever stayed in and it is not recommend to anyone unless this is the last place available on the island.

We appreciate you taking the time to share your feedback.
We're disappointed to hear that your experience was not successful.
The comfort and satisfaction of our guests are important to us.

However, many of our guests appraciate rooms, view, situation, services and restaurant despite obsolescence.
So, we don't think our hotel is the last place available on the island as you say.
On the other hand, it should be renovated as soon as possible.

We hope you give us another opportunity to share a more positive experience with you soon.

Report response as inappropriateThank you. We appreciate your input.
This response is the subjective opinion of the management representative and not of TripAdvisor LLC
JakeCincinnati99
Pittsburgh, Pennsylvania
12848
Reviewed January 6, 2019 via mobile
A nice dump

This was probably quite the place in 1970 but it looks like it has not been updated or repaired since then. The door to our room was broken and required a forceful slam with the hip to open or close. There was an opening at the bottom where termites were eating it. The tile was heavily stained and the water pressure spotty. On the upside the AC worked well and was quite. Few of the staff spoke English and our French is spotty so communication was intermittent. I gave an extra star because of the relatively low price.

We appreciate your feedback.

We're disappointed you had such challenges with the door.

We do hope you give us another opportunity to share a more positive experience with you soon.

Report response as inappropriateThank you. We appreciate your input.
This response is the subjective opinion of the management representative and not of TripAdvisor LLC
View more reviews
PreviousNext
12…109
<script type='text/javascript' cr