US$235
View deal
Booking.comUS$235
Hotels.comUS$235
eDreamsUS$235
PricelineUS$235
TravelocityUS$235
Orbitz.comUS$235
View all 16 deals
Prices are the average nightly price provided by our partners and may not include all taxes and fees. Taxes and fees that are shown are estimates only. Please see our partners for more details.
Ale_Martini73
Al Khobar, Saudi Arabia
61

I went in this hotel from Italy in June 2013 and I still remember it as the MOST EXCELLENT hotel I been. 10 fantastic days in an elegant, refined, luxurious hotel. All the staff were extremely polite, room excellent and extremely clean with an outstanding view of the sea. I remember the name of our room: CARAMEL :-)
About the restaurant is absolutely fantastic with an incredible choice of French wines.
Romantic and relaxing boutique.
Thank you to all of you for that daysMore

Show less
Room tip: The view, the quiet, the meals, the rooms, the service

Thank you for this incredible review that goes straight to the heart.
If your stay for excellent, we are pleased.
We hope to welcome you pretty soon.

Report response as inappropriateThank you. We appreciate your input.
This response is the subjective opinion of the management representative and not of TripAdvisor LLC
See all 475 reviews
Nearby Hotels 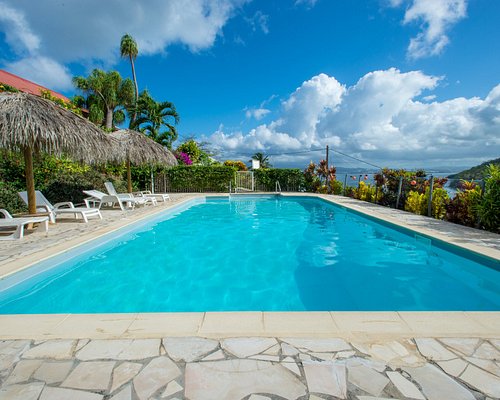 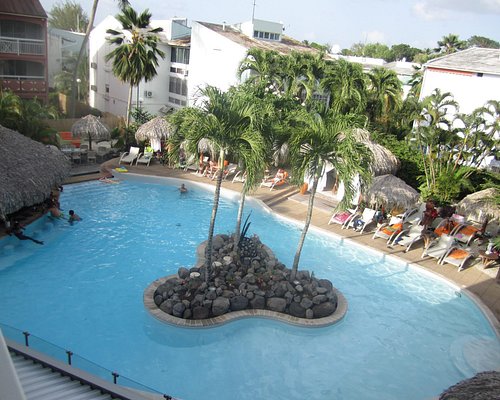 Expedia.com
View deal
Free cancellation
Reserve now, pay at stay
Booking.com
US$85
Priceline
US$85
Hotels.com
US$86
View all 11 deals from US$85
138 reviews
0.6 km from La Suite Villa
We compared the lowest prices from 11 websites
Hotel Bakoua
US$206

Expedia.com
View deal
Pay up to 12X
Hotels.com
US$206
Booking.com
US$207
eDreams
US$207
View all 17 deals from US$206
983 reviews
1.2 km from La Suite Villa
We compared the lowest prices from 17 websites
Residence Villa Melissa

Good experience overall. Surroundings are residential so not necessarily a great feeling of holidays, but once inside, it feels OK. Good service, except room service. 3-bedroom villas good for families.

Review collected in partnership with this hotel
This business uses tools provided by Tripadvisor (or one of its official Review Collection Partners) to encourage and collect guest reviews, including this one.
Ask Quimojoa L about La Suite Villa
Thank Quimojoa L

Thank you for having the time to let us a comment. We appreciate.
We take note of it and will improve.
We are glad you had a great stay !

We Hope to see you again !

Report response as inappropriateThank you. We appreciate your input.
This response is the subjective opinion of the management representative and not of TripAdvisor LLC
kellib862
Phoenix, Arizona
5053
Reviewed April 16, 2019 via mobile
Nice place to stay

La Suite Villa was a cute, colorful, and fun place to stay while in Martinique. Our room was adorable and there was a hot tub on the patio with a view overlooking the bay which we used several times. Everyone who works here was really nice and helpful. The restaurant is decorated in a super fun and artsy way. We thought the food itself was good but not great. Overall I would definitely recommend this place!

Thank you for having the time to let us a comment. We appreciate.
We are glad you had a great stay !

We Hope to see you again !

Report response as inappropriateThank you. We appreciate your input.
This response is the subjective opinion of the management representative and not of TripAdvisor LLC
Bryan C
69
Reviewed March 26, 2019
Beautiful facilities, private, and very hip.

We arrived to stay for a night since we were due to fly from FDF the following day, and did not want to drive across the island early in the morning (curvy dark roads on the side of mountains, doesn't sound like fun at 6 am!).

This is a very hip resort set high up on a hill, with a fantastic main house and view of the town and water off in the distance. Service is very European, friendly, and prompt. Check in was easy. While we were there the facility seemed fairly empty, but it was in March, so it could be slow.

We rented a small 2 bedroom (T3) villa, which was super-cool. Nice kitchen and sitting area, dining table outside, good sized fridge, and the bedrooms both had very nice private bathrooms, so if you are staying with another couple you still have a lot of privacy. Plus, the villa had its own hot tub, which was super cool.

Only downside during our stay was the facility had no running water. At all. No shower, no flushing of the toilets, nothing. This was not the Villa's fault, apparently it happens in the city from time to time but normally only lasts for a couple of hours. For us, unfortunately, it was our entire stay. The hotel provided free jugs of bottled water, but we had to schlep them down to the villas ourselves. It would have been nice if they brought them down for us.

We would like to thank you for your review. We are really happy that you had a great stay at La Suite Villa.

Due to the drought, the water was cut off in Martinique for a few days. Unfortunately, there was nothing we could do to restore it. We are sorry to hear that you had to bring the water cans down to your villa by yourself. Our team has done everything possible to ensure this has the least possible impact on our customers, and we thank you for providing feedback so that we can be more vigilant in the future.
We would like to thank you again for your understanding.

Report response as inappropriateThank you. We appreciate your input.
This response is the subjective opinion of the management representative and not of TripAdvisor LLC
AliciasWanderlust
Stuttgart, Germany
205
Reviewed March 24, 2019 via mobile
Heart warming and beautiful

We stayed for 5 nights with two little children.
The villa itself has rooms but you can also book bungalows.
The staff is heart warming, breakfast excellent and the rooms clean and pretty.
You can feel the unique character of the owner and the artsy approach. Very different to what I ever saw.
Dinner was outstanding although pricey but worth every cent.

Small minus:
- Unfortunately there is no beach attached (next beach is 5 minutes by car) so I’d recommend a 3 night stay before heading on.
- The infinity pool is directly at the restaurant so dinner isn’t too relaxed with little kids
- There’s no lift in the main house (stroller isn’t necessary though)

We would like to thank you for your review about La Suite Villa.
We are really happy that you enjoyed your 5 nights with your family.
We really appreciate your feedback, our customer satisfaction is really important to us.

We hope to see you again at La Suite Villa.

Report response as inappropriateThank you. We appreciate your input.
This response is the subjective opinion of the management representative and not of TripAdvisor LLC
emilyhemilyh
Paris, France
2339
Reviewed March 3, 2019 via mobile
Peaceful and friendly

I really appreciated the friendly service at La Suite Villa. All the staff were helpful and professional. The cook at breakfast was great.
I also enjoyed the calm here(very loud garden maintenance aside!).
The restaurant is very good and you can ask for more child friendly suggestions.
We had a villa and the bedrooms and bathroom/shower rooms were great but the kitchen/living area inside was cold and uncomfortable with vinyl covered chairs(hot weather and vinyl seats?!). It looked quite cheap. I felt there should have been some more thought put into this considering the establishment has 5 stars.
The timing of cleaning of the rooms and other maintenance was badly coordinated, we were out for easily half the time, nearly every day we were disturbed by gardening(electric hedge trimmers)or cleaning.
The hotel is in a residential area so you are overlooked by a taller apartment building. I was expecting to be surrounded by more nature. There was no view from the villa but the view from the restaurant is very nice, see photos.
We enjoyed our stay but I would probably rate this maximum as a 4 star.

We would like to thank you for your review.
We are really happy to hear that you enjoyed your stay.
We take note of your feedback and will report it back to the Management.

Report response as inappropriateThank you. We appreciate your input.
This response is the subjective opinion of the management representative and not of TripAdvisor LLC
View more reviews
PreviousNext
123…80