US$241
US$195
View deal
Expedia.comUS$224
PricelineUS$224
ZenHotels.comUS$241
View all 16 deals
Prices are the average nightly price provided by our partners and may not include all taxes and fees. Taxes and fees that are shown are estimates only. Please see our partners for more details.
alison083
arbroath
2023

Excellent !
We thoroughly enjoyed our stay at the Rocky Mountain Resort! We were upgraded to a 2 bedroom condo at the edge of the resort and found it was spotless. The bed and bathroom linen were in pristine condition. It was well equipped and everything worked well. I used the laundry and found everything worked well and was efficient. The staff were excellent and did everything they could to make our stay enjoyable.
The resort is a few kilometres from Banff which was a positive considering how crowded and busy the town was. We took the shuttle into town and this was a good complimentary service. Due to the crowds in all the Banff restaurants, we ate in the hotel 3 times and found the food to be good,reasonably priced and the staff were very efficient.
We were a bit apprehensive, after we booked this property, due to some of the less than positive reviews, but our experience was very pleasant and it was our favourite hotel on our recent trip to the Rockies.More 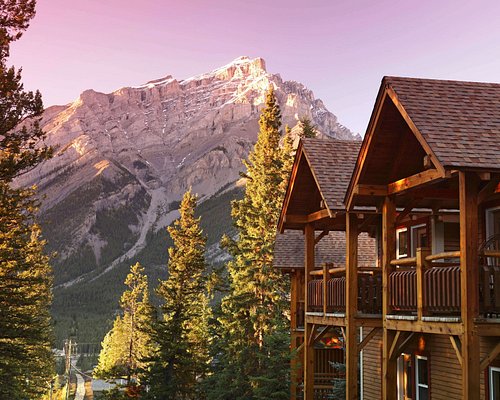 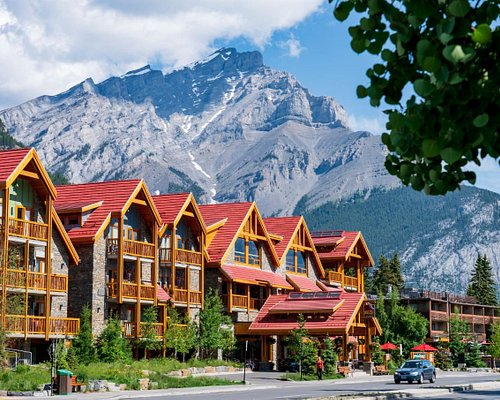 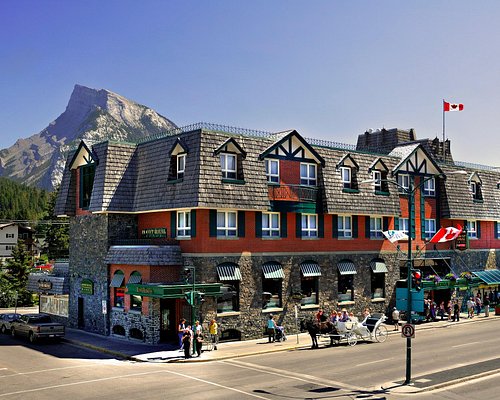 Expedia.com
View deal
Free cancellation
Pay up to 12X
Booking.com
US$248
FindHotel
US$224
Orbitz.com
View all 17 deals from US$224
2,564 reviews
3.3 km from Banff Rocky Mountain Resort

Stayed in town the first night here the 2nd night. Its located quite a walk from downtown
Rented a 1 bedroom condo. was dated but clean, Didnt get quite the above and beyond servive fron the check in that I did thru- out the rest of Canada but than it coud of been an off day for the gal . Unit was priced right fr banff and the rood didn't leak in the Heavy down pour

This review is the subjective opinion of a TripAdvisor member and not of TripAdvisor LLC
Andrew S
1
Reviewed September 12, 2017 via mobile
Stay in it, don't spray in it.

A lovely traditional resort just outside town, with an amazing wolf pack sandwich breakfast. Very friendly staff who were particularly nice despite the fact that I had just accidentally set off a bear spray in our room. This was particularly annoying because there were no bears in our room at the time. Oops.

This review is the subjective opinion of a TripAdvisor member and not of TripAdvisor LLC
Joe D
Cypress, Texas
2223
Reviewed September 10, 2017
Beautiful Banff

We spent a week at the Banff Rocky Mountain Resort during the 3rd week of July. A resort conveniently located a couple of miles from downtown Banff. Across the street from the resort is a beautiful view of the mountains. We traveled there with family and used our timeshare to exchange for rooms.
Our rooms were located side by side in the building across the parking lot from the lobby. The location of the rooms made it very convenient for breakfast in the morning. We were on the first floor and had a modest view of the mountains from the room.
The rooms themselves are very small. Nothing fancy and a little dated. Beds were comfortable. Small kitchen that has a table for two. It adjoins the living room where there is a couch and TV along with a fireplace. The room was clean with no air conditioning which is not required since the evenings get comfortably cool which makes for nice sleeping weather.
We had an issue with water leaking from our ceiling with some of the plaster falling in the kitchen. Facility maintenance was quick to respond and correct the problem with the 2nd floor unit. They fixed the problem and cleaned up our unit before they left.
The breakfast buffet offered was very good - great variety and good price. You can choose the buffet or order off of the menu and have a fresh breakfast made for you. Quality and pricing of the breakfasts were very good.
They have a nice workout facility, small but enough equipment and very clean.
They have an indoor pool and also an outside Jacuzzi. The Jacuzzi is pretty big and can hold about a dozen people. The indoor pool is adequate, somewhat dated but does the job.
All in all, this is a nice place to stay but don't expect lavish accomodations

Room tip: Having a downstairs unit, you can certainly hear the people occupying the unit above you.
Ask Joe D about Banff Rocky Mountain Resort
Thank Joe D

This review is the subjective opinion of a TripAdvisor member and not of TripAdvisor LLC
phyo k
Wellington, Canada
6059
Reviewed September 9, 2017
Suitable for Families

We were at Banff Rocky Mountain Resort for 5 nights in Auigust for a family reunion. There were 18 of us, occupying two units of 4 bedrooms each. The units were well equipped and clean. The location is perfect, just outside of the Banff downtown but close enough to bike there. We used the resort as a base to explore the Banff areas, such as lake louise and mount Rundel. There is a nice view of the mountains from the units and the tennis courts.The only thing not so good about the resort was that it was starting to show its age. The change rooms leading to the pool was under constructions, and the hot tub area could use some upgrading. Also, there are no air conditioners, so we made a lot of use of the fans provided each room. The tennis courts were great and the bike rentals were very reasonable with good bikes. The staff is very friendly and was very responsive with all our requests.

This review is the subjective opinion of a TripAdvisor member and not of TripAdvisor LLC
Vishwesh S
Lexington, Massachusetts
5016
Reviewed September 2, 2017 via mobile
Great location

This place is very close to downtown Banff. The resort is close to a lot of activities like Hot springs, cave and reserve basin, minnewanka lake and is around 45 mins to 1 hour from Lake Louise and Lake Moraine.

The resort has a hot tub and a swimming pool, so kids had lot of fun. The room itself was small and could have been better, but for the price and location, it was a great place. The people were very friendly.

We even left a swimsuit in the room and called them back and they checked and found it and kept it for us to pick if. They even offered to mail it to us. Great people, great location.