As a guest at Journeyman lodge, you are served by a team of 3 multi-talented staff at a remote, off-grid chalet in an awesome setting that you've expended some energy to get to. Your luggage is transported, the trails are beautifully groomed and you are in for an evening of socializing and delicious food, maybe preceded by a sauna in a rustic setting with trips outside to roll in the snow or dip in the icy creek! Now you really feel ALIVE! Your hut-mates are invariably adventurous, interesting people. A little slice of Europe, with a Canadian flair. I loved both trips I've taken to Journeyman and look forward to many more.More

Show less
Room tip: You'll just sleep in your room - all other activities are out in the cozy, comfortable lounges
See all 130 reviews
Nearby Hotels 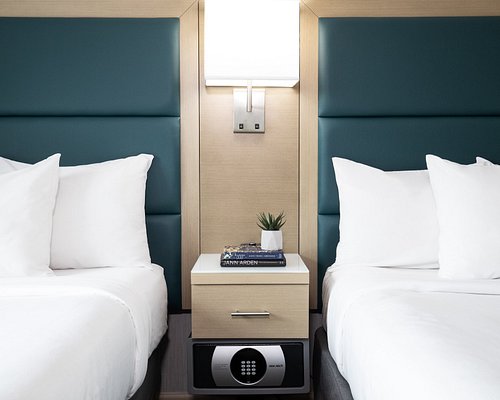 Taking safety measures
We compared the lowest prices from 16 websites
Blackcomb Springs Suites by CLIQUE
US$230
US$222
Tripadvisor
View deal
Free cancellation
Pay up to 12X
Booking.com
Orbitz.com
Trip.com
US$230
View all 15 deals from US$222
1,961 reviews
23.1 km from Callaghan Country's Journeyman Lodge

Room tip: There are options for sleeping suites for multiple people (shared bathroom) and a couple of private rooms with their own bathrooms that cost more.
Ask Jennifer C about Callaghan Country's Journeyman Lodge
Thank Jennifer C

This review is the subjective opinion of a Tripadvisor member and not of TripAdvisor LLC.
vtownbetty
Vancouver
75
Reviewed March 2, 2015
Service kind of average this year.

This was my second time to Journeyman lodge (first time was last year), with a huge pack of lady friends - 11 of us in total. We stayed for 2 nights and the lodge and surrounding area was just as beautiful as I remember it! The bathrooms and accommodations were clean and cozy, and it even looked like they may have added a couple more couches/chairs on the second level of the building, which is great for lounging.
The thing that struck me as disappointing this year was the food. If it had been just my first year here with nothing to compare to, I might have been happy, but because I had stayed last year I was hoping that the food would be at the same level. It wasn't.
I do have to compliment the baking, which was awesome(!) but the amount of food per person, particularly for breakfast and lunch didn't match the price of the accommodation (almost $200/person/night). There was merely one SMALL sandwich for lunch, with no soup or salad, just some lemon cake and pears (not enough for everyone to have one). I mean, do I really need to ask for a piece of fruit?? And then we had to survive on cookies until appetizers at 5:30pm.
As for breakfast, it was fine. But again, not matching the price we paid - there weren't even enough muffins to go around, so if you got to breakfast a bit later you were out of luck. And many times there wasn't enough napkins or cutlery or other necessities out.
Also, I have to comment on the recycling of food, which normally I would commend, but I don't really need to have cod 3 days in a row when I'm paying above-average prices - main course of cod the first night, cod appetizers the second night and then they tried to foist cod sandwiches as our bag lunch on the third day. We protested and got egg instead. yay.
The males that were working up at the lodge were amazing, but the female wasn't very nice or helpful at all and stayed mostly in the kitchen, away from guests.
I'll come back if we plan the trip next year, but with hesitation.

This review is the subjective opinion of a Tripadvisor member and not of TripAdvisor LLC.
Janice234
Vancouver, Canada
2710
Reviewed March 31, 2014
Spectacular setting - Great winter weekend

We went to this lodge on March 21 for 2 nights. As it is at least a 3 -4 hour ski up to the lodge which is at 4500 ft. we got a ride up on a ski-doo driven by Patrick late Friday afternoon. That was a 1/2 hour ride through beautiful winter wonderland. Our skis and baggage were pulled by the ski-doo which was carrying supplies up to the lodge. The rooms ( we stayed in 1 the first night and switched rooms the second night) were comfortable and quiet . As the power is turned off at 10 pm it gets quiet quickly. The dinners were plated like an expensive restaurant and although they looked impressive we would have preferred hotter food scooped out family or bistro style. Also more protein would have been appreciated. Also more raw salad would good. I know it must be difficult to keep lettuce and tomatoes up here but how about raw cabbage and carrots, celeriac and turnip and beets? The breakfasts we enjoyed but the lunch sandwiches were made with tough, not fresh, white buns. My guess is that most guests who come up here don't eat white bread.
I know Michelle and Jason knock themselves out but we heard the request for gratuities 3 times while we were there. I suggest that should be included in the cost when booked. This weekend cost us $1200 for 2 nights which included the snowmobile ride up, meals, and taxes. Gratuities were extra. The scenery and skiing make it all worth while.

Room tip: There are only a few rooms with private bathrooms. It is camp-like so be prepared.
Ask Janice234 about Callaghan Country's Journeyman Lodge
Thank Janice234

This review is the subjective opinion of a Tripadvisor member and not of TripAdvisor LLC.
Karen R
Vancouver, Canada
1
Reviewed March 27, 2014
Amazing getaway!

My daughter and I decided to spend some much needed bonding time together, away from it all. Our experience was nothing less than perfection! Everyone was so welcoming and helpful, from our experience at the base, thanks Emily, right up to the lodge itself. Jason and Michele do a fantastic job running the lodge. The food was incredible and Jason was able to accommodate my dietary restriction without any fuss, much appreciated. The trails were well groomed and the scenery, breathtaking. I can't recommend this experience highly enough. Thank you to everyone, especially the owners, Brad and Pixie. Well done Team!

This review is the subjective opinion of a Tripadvisor member and not of TripAdvisor LLC.
Brian R
Boston, Massachusetts
82
Reviewed March 15, 2014
Awesome stay

Our stay was Jan 27, just for one night. We were a group of four, my 2 "kids", both in their 20's and my brother and I. We stayed in the Solitude suite on the 2nd floor with 3rd floor loft. Nice, roomy and warm. We arrived early afternoon and were greeted by Michelle, who gave us a nice introduction to the property and surroundings. Got settled and went back out for some cross country skiing around the lake.

Michelle had recommended the Sauna, and a dip into the river, and we did both. Refreshing ! Appetizers started at 5:30, and Michelle kept them coming as fast as Jason made them. Delicious. My kids have Celiac disease (gluten intolerance), which we let be known beforehand, and almost all of the apps, and the dinner were gluten free. So was the packed lunch. Much appreciated ! The 4 course dinner was fantastic, and Jason is obviously very passionate and creative with his meals.

Michelle recommended we check out the stars, since it was such a clear night. They were unbelievable. We're still talking about them. It was great chatting with the other guests (really nice people), in the sauna, over appetizers, and at dinner and breakfast.

Wish we could have stayed longer, but we're front side mountain skiers primarily. The folks at Callaghan Country who assisted us on this trip were so nice. Thank you. And thanks to Patrick, our snowmobile host. Highly recommend the Journeyman Lodge.

This review is the subjective opinion of a Tripadvisor member and not of TripAdvisor LLC.
View more reviews
PreviousNext
1…151617…
<script type='text/javascript' crossorigin='anonymous' async onerror='__scriptLoadError(this,true);' src='http