US$77
US$71
View deal
SAVE US$6
CheapTicketsUS$71
TravelocityUS$71
ZenHotels.comUS$77
View all 16 deals
Prices are the average nightly price provided by our partners and may not include all taxes and fees. Taxes and fees that are shown are estimates only. Please see our partners for more details.
Kevxh
kevxh
1916

This visit was right in the middle of snowmaggedon and it showed. The parking lot was covered in ice and very busy. I found the room to be borderline good enough but the door didn't fit properly and there was a clear half inch of light coming through, along with the noise from everyone going up and down the corridor. Including someone's screaming kids. The guy on the desk wasn't exactly rude but very abrupt, he made me feel like dealing with me was an inconvenience. Given the choice I'd go somewhere else.More

Dear : Kevxh
I would like to thank you for taking your time to comment on your stay with us I was very sad to hear that your stay with us did not live up to your expectations I have had our maintenance department go through all the rooms and make sure that there are no other issues with doors not fitting properly and the one in question was promptly fixed. I am also disheartened to hear that you found one of our staff members to be less then pleasant as this is not something we hear very often this comment has been discussed with all staff members so it doesn't happen again. I would like to take this opportunity to thank you for making us aware of the issues with your stay as this is the only way we can learn and improve on our down falls. We hope you will try staying with us again and seeing that your issues got addressed .

Report response as inappropriateThank you. We appreciate your input.
This response is the subjective opinion of the management representative and not of TripAdvisor LLC
See all 181 reviews
Nearby Hotels 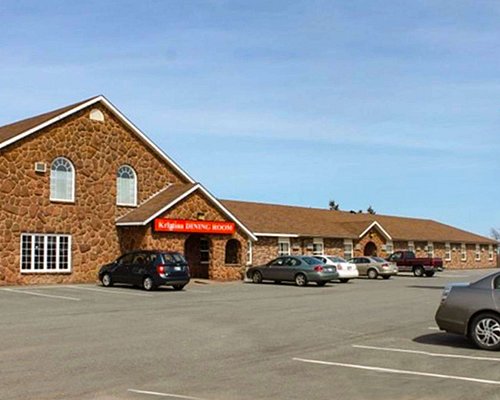 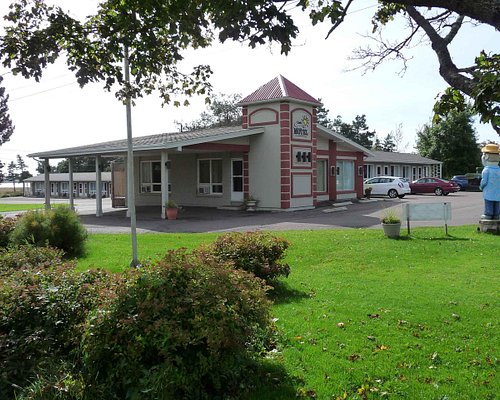 Clark's Sunny Isle Motel
US$87
Booking.com
View deal
Free cancellation
eDreams
US$87
Agoda.com
US$86
Priceline
US$87
View all 5 deals from US$86
801 reviews
4.8 km from Traveller's Inn
We compared the lowest prices from 5 websites 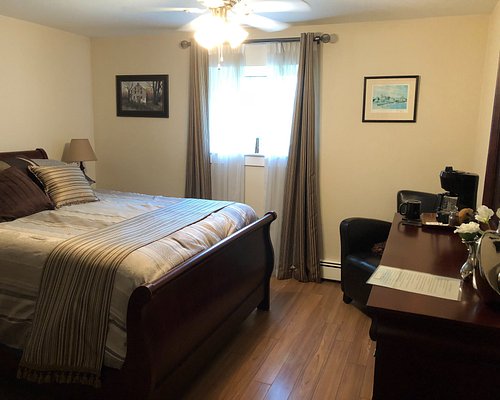 I stayed here recently for a hockey tournament, and wasn't too happy by the time I left. It started when we arrived. We walked in and were greeted by the smell of stale cigarette smoke in the hallway. Nice. A step around the corner and we went from the smell of smoke to the smell of fish, then into our room which smelled of musty dampness.

The motel is a long, single-level building, with rooms front-and-back off a central hallway, the office in the middle of the building. We got put in the party end of the motel it seems. The party went on well into the night, mostly parents, I should note. The kids were actually pretty well behaved. At times, the noise was so bad, and there were so many people in the hallway, that the walls of my room were actually vibrating. The walls are thin, and no noise anywhere nearby will go unheard.

The party quieted noticeably around 11PM, which is when I'm guessing the staff came down and told people to keep the noise down. Didn't last long though, as it ramped up again until midnight. Another lull, another increase, and finally it got quiet around 12:45AM.

In the morning, I went for breakfast. The selection is not too bad for a small motel. I got some sausages, which were good, and was standing at the steam table when a fresh batch of scrambled eggs were brought in. I opened it immediately, scooped some eggs, sat down to eat, and they were cold. Got some coffee from the coffee maker, and it was lukewarm. We looked around to make a fresh pot, but couldn't find the supplies, nor could we find a staff member to do it for us. I gave up and drove to Starbucks for breakfast.

The motel itself has seen better days. My bathroom wasn't very clean. The caulking in the bathroom was dirty and moldy, and looked like it had been put on by a five-year-old. The building is on the north side of Summerside, not within walking distance of anything.

For me, this would be a place to stay again in an emergency, but I'd hope that I would be able to plan well enough to avoid any emergencies.

The one positive: when I interacted with staff members, they were quite friendly.

Dear Peter B
I am saddened to hear that your stay was less then enjoyable. I have been looking in to the smell issues and staff are doing a better job in ensuring that all smoking is done at least 15 feet a away from the building so that the smell does not creep back in to the building and cause discomfort for our guests. As for the fish smell I am not sure as to where you might have run into this as we have a strict no cooking of fish products in our hotel policy.

As for the partying and noise issue I can assure you that we have discussed this issue at length with staff and educated them on better ways to deal with rowdy guests and prevent noise complaints in the future .
I have also to talked to all breakfast staff and put measures in place to ensure each and every guest receives the hottest and freshest product .

I hope you will see that we take great effort in listening to our guests and fixing any issues such as the ones you have stated above, and hope you will come back soon and enjoy a worry free stay.

Report response as inappropriateThank you. We appreciate your input.
This response is the subjective opinion of the management representative and not of TripAdvisor LLC
143Cathy
Peterborough, Canada
8327
Reviewed December 29, 2014
Quite Nice Motel

3 adults stayed here and found it to be very good value. The staff are super friendly and welcoming as well. We also had a hot breakfast with good choices. The front desk, the restaurant staff, the cleaning staff were all so very friendly. Would love to stay here another time.

welcome to Travellers Inn In Beautiful Summerside PEI It was our pleasure to serve you during your stay with us . we were glad to hear that everything was up to par during your stay and hope to see you the next time your in the area.

Report response as inappropriateThank you. We appreciate your input.
This response is the subjective opinion of the management representative and not of TripAdvisor LLC
Daniel P
Toronto, Ontario, Canada
1
Reviewed November 16, 2014
Daniel P

stayed here and the service and accommodations were fantastic.friendly people, quality service and enjoyed our stay, i would recommend ,close to all amenities.the restaurant food is excellent!!!!!!!!!

Greetings from the Traveller's Inn In beautiful Summerside PEI. It was our pleasure to host you during your stay and I was glad to hear that it was a good one. we hope to see you again next time your in the area

Report response as inappropriateThank you. We appreciate your input.
This response is the subjective opinion of the management representative and not of TripAdvisor LLC
Mary M
Cape Breton Island, Canada
3
Reviewed November 11, 2014
Best Place to Visit

Stayed at this hotel about a month ago with my kids when u walk in the doors of this hotel they welcome us with open arms like family. My kids looked at me and said "Mommy is there a pool here" Front desk clerk heard them and and then showed them the pool on the tv they where jumping for joy. We got our key and went to the room and it was beautiful very clean nice smell just the right spot to be,We got all settled and don't have to say what was next the pool it was beautiful very nice and warm and clean .I thank the workers here for making this visit amazing and my kids loved it would i return oh yes i will who wouldn't .

Greetings from the Traveller's Inn in beautiful Summerside PEI. it was our pleasure to accommodate you on your visit to the island. I was glad to hear that the staff welcomed you with open arms and treated you so well as this is how we try to treat every guest that stays with us. I would like to take this time to thank you for your great review, and hope to see you back again next time your in the area.

Report response as inappropriateThank you. We appreciate your input.
This response is the subjective opinion of the management representative and not of TripAdvisor LLC
Jordan C
Halifax, Canada
31
Reviewed November 10, 2014
Always an enjoyable stay

Thank you to the staff at the Travellers Inn. It is always a pleasure to stay here. My girlfriend and I stopped in for a night and breakfast and enjoyed a very comfortable stay and dip in the pool. Affordable rates and friendly staff.

Room tip: Close to the pool if you have children
Ask Jordan C about Traveller's Inn
Thank Jordan C