US$75
US$68
View deal
Booking.comUS$68
eDreamsUS$68
Agoda.comUS$75
TripadvisorUS$68
Expedia.com
Hotels.com
View all 13 deals
Prices are the average nightly price provided by our partners and may not include all taxes and fees. Taxes and fees that are shown are estimates only. Please see our partners for more details.
abdulkadirali
1

Show less
Room tip: small but nice we booked a two bedroom, but get a three bed room for the same price
Trip type: Travelled as a couple
Review collected in partnership with this hotel
This business uses tools provided by Tripadvisor (or one of its official Review Collection Partners) to encourage and collect guest reviews, including this one.

We appreciate your time in rating us. We are glad you have had a good stay.

We wait for you soon;

Report response as inappropriateThank you. We appreciate your input.
This response is the subjective opinion of the management representative and not of TripAdvisor LLC
See all 233 reviews
Nearby Hotels 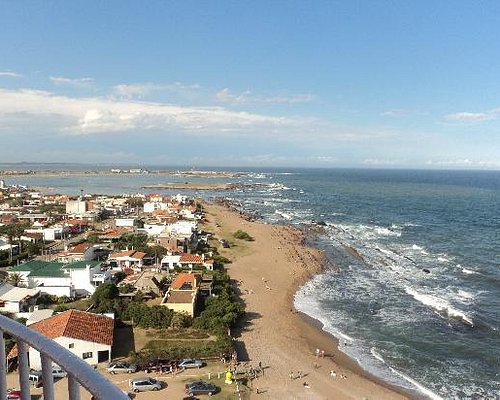 eDreams
View deal
Booking.com
US$700
Agoda.com
US$700
Tripadvisor
US$700
View all 11 deals from US$700
48 reviews
1.9 km from Hotel Palma de Mallorca
We compared the lowest prices from 11 websites 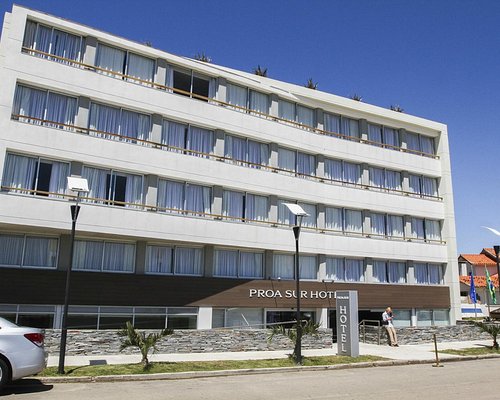 Hotels.com
View deal
Pay up to 12X
Priceline
US$170
Expedia.com
US$170
Booking.com
US$170
View all 13 deals from US$170
212 reviews
46.9 km from Hotel Palma de Mallorca
We compared the lowest prices from 13 websites
Breakfast included
Posada Arenas de Jose Ignacio
US$120

All the staff were very helpful. We.speak very little Spanish and the staff little English but did there best to communicate. November is very early in the season and many of the hotels are not open. I am very pleased that Hotel Palma de Mallorca wa. We enjoyed our sta. very relaxing and a good base to visit the nearby Laguna da Rocha and local countryside. The hotel is going through a process of renovation. The fittings in our room were worn out which is a shame. On a functional level all was fine but a bit shabby,

Room tip: The rooms facing the inner area with the covered pool on ithe ground floor have a private outside area that is pleasant to sit in.
Ask BirdBrain99 about Hotel Palma de Mallorca
Thank BirdBrain99

Thanks for your opinion. We are constantly with renovations for the comfort of our guests.
We are waiting for you soon.

Report response as inappropriateThank you. We appreciate your input.
This response is the subjective opinion of the management representative and not of TripAdvisor LLC
lost_in_Bali_12
West Chester, Pennsylvania
1011
Reviewed December 29, 2015
Uragwhere?

When we told people that we were traveling to Uruguay almost no one knew where Uruguay was, even to the extent of not knowing it was in South America. Booking the trip was somewhat difficult because of our limited Spanish but the people and the beach were fabulous and well worth the long flight. My husband said early in the trip that he felt he had gone back into the 60's or 70's in many respects. The house sizes, the limited luxuries, the feeling of comfort in the community, the dogs on the beach, the inclusion of us into the hotel staff, especially by the owner was like being with the family you only can imagine. The hotel has Internet and a TV which we didn't use, air conditioned rooms and clean spaces but it is certainly not a luxurious hotel. It's best feature is the 20 meter walk to the beach which is this large half moon of several miles of soft sand, good for running on, sitting on and dreaming on. The people on the beach are mostly families, all ages, playing games, reading, exercising, horseback riding, learning at the surf school. The weather while we were there was perfect, in the low 80's and sunny every day. The beaches were crowded on the weekend but not like in New Jersey or Delaware. The holiday here we were told really starts on the first of January. That made for a quiet first couple of days which we really enjoyed. The town of La Paloma is quaint but has many choices of dining spots and when you get tired of the town of La Paloma you can go 5 miles north to La Pederera where there are more restaurants of all types. With views and without, many specializing in local dishes that are delicious. We had bicycles that we rented and found bicycle paths in every direction that kept us off the main roads, into parks, and past lovely fields of rolling hills with cattle and horses. The location is really a gem.
Finally, I can't say enough good things about Juan the owner who really looked after us like family. He picked us up from the bus initially, fed us barbeque and made sure we knew where to go and who to go to. He is a gem himself and our trip wouldn't have been as complete without him.

Report response as inappropriateThank you. We appreciate your input.
This response is the subjective opinion of the management representative and not of TripAdvisor LLC
travelbugs1363
Naples, Florida
1713
Reviewed April 2, 2011
If you ever wondered how a hotel would handle an illness, this one gets an A+

Juan and Carlos purchased the hotel and have been renovating as they go. Their indoor pool is great, garden area is lovely for a shaded or sunny sit down and the breakfast room overlooking the beach is a hit. All baked goods on the breakfast are freshly made that morning and with cereal, fresh meat, cheeses and fruits it is a treat.
The beach is miles long and made for walking as well as good swimming. Most of the rooms have a view of the beach and many have balconies.
We wandered into this hotel and were pleasantly surprised at what it offered. The rooms are simple but comfortable and spotlessly clean. The staff was friendly and efficient. We planned to stay 2 nights but my husband awoke with a high fever, chills and pain in his leg. Owners Juan and Carlos (English speaking) swung into immediate action and called the doctor who arrived in 15 minutes. Juan accompanied the physician to interpret and then send me in the right direction for the pharmacy. There was no charge for the doctor's visit as the hotel carries an insurance policy for their guests! Further Juan assured me the room was ours until my husband was well enough to travel and made sure the maid checked everyday for the best time to clean the room and change the sheets without disturbing the patient. During this time the staff was helpful and solicitous to meet any needs we had including advice on restaurants to provide take out, even delivery. By the time we departed 8 days later, we felt like family and we are grateful for their caring. We look forward to staying again next year.

This review is the subjective opinion of a TripAdvisor member and not of TripAdvisor LLC
nicolet744
Sydney, Australia
576129
Reviewed January 22, 2011
Avoid this hotel at all costs

This hotel is run down, dirty and over-priced.

It was one of the more expensive hotels we stayed in Uruguay, and had to leave early it was so bad.

I didn't even want to sleep on the sheets I was scared I would catch something.

This review is the subjective opinion of a TripAdvisor member and not of TripAdvisor LLC
LS13
Leeds, United Kingdom
357357
Reviewed December 3, 2008
Could be a nice hotel with some investment

We were travelling round the coast of Uruguay by self drive car but found that in mid to late November the holiday season hasnt started so seaside towns are deserted and many hotels are closed. We'd had a long drive and ended up driving round the town, which looked closed, trying to find a hotel. We ended up driving about 2 miles out of town past the port and found Hotel Palma de Mallorca.

Hotels like this annoy me. It looks like it was probably built around 10 years ago as a Uruguayan version of a club med resort. It has an indoor pool, its on the beachfront with sea view rooms, a restaurant overlooking the beach, a barbecue area, kids playground etc etc. Sound good? It probably was 10 years ago. However, it looks like no one has really bothered with its upkeep since then. Paint is chipped, electric wires exposed, bathrooms shabby, balcony and poolside furniture turned from white to grey, the windows of the rooms sandblasted, the restaurant/bar closed etc.

It was clean but the overall shabbiness left a feeling that it wasnt. We were the only guests along with about 20 kids and 4 women, who gave the impression of being a single mother group on a charity holiday. Consequently the corridors echoed to the sound of teenage kids rampaging around.

Its a shame because with a minimal amount of investment this hotel would be really, really nice.The people were friendly and as I said, the room was clean, but it just needed someone to come in and give it good facelift.
Unfortunately, it seemed that the owners were complacent and my guess is it won't change until they go bust and it gets sold.

Theres a Hotel called Bahia in La Paloma town which is meant to be the best there is there. I can't comment on that but theres a pizza/fish restaurant over the road from it which is absolutely excellent--don't risk eating at The Palma -go there instead!