Orbitz.com
eDreams
Booking.com
View all 9 deals
Prices are the average nightly price provided by our partners and may not include all taxes and fees. Taxes and fees that are shown are estimates only. Please see our partners for more details.
Timd1832
21

Cheap, we had a double room with fan for 750 DOP. Not clean and no hot water. The staff was not really helpful. We booked by Expedia but was not in there system. Food next door was ok. The We left after 1 night.

Trip type: Travelled as a couple
See all 47 reviews
Nearby Hotels 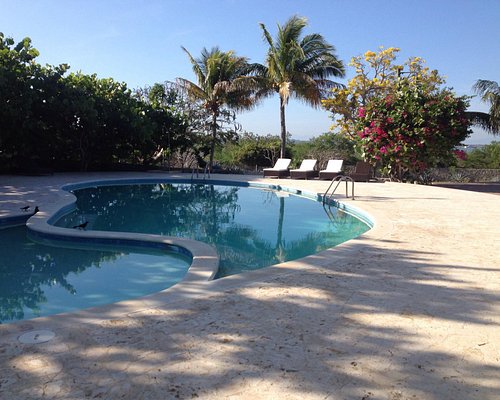 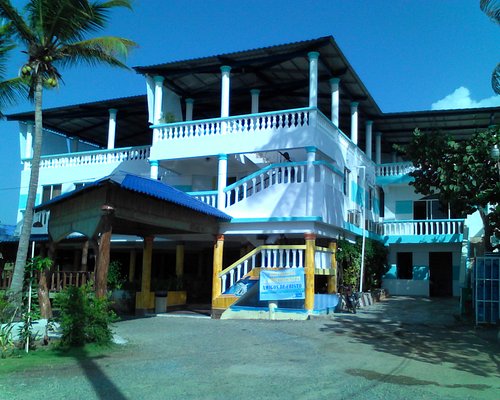 Taking safety measures
We compared the lowest prices from 7 websites 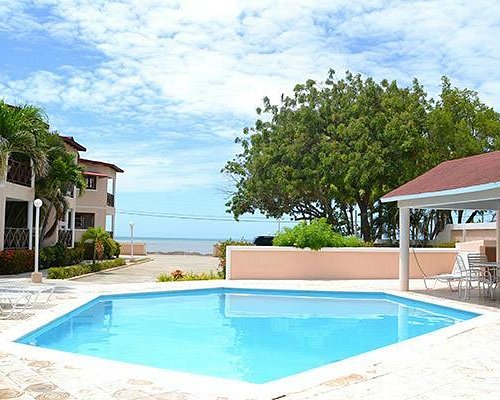 We actually went here for the restaurant but checked out the property while we were there. Let's just say, there are far better lodging options even at budget price points. That said, the food is worth a stop here. Do be aware, though, that they are often out of some of the items on the menu. So, don't get your hopes too high for anything specific. (They didn't have the fish soup or some of the fish options - or many of the fruit juice options.) But, we all loved everything that we got. In fact, the goat stew (not really a stew - but stewed meat) was some of the best we'd had in the area.

This review is the subjective opinion of a TripAdvisor member and not of TripAdvisor LLC
Monic F
Montreal, Canada
7285
Reviewed May 10, 2016
GREAT hotel for the price

The location: perfect for Monte Cristi

Room: hmmmm not so great, bed not so comfortable, but clean enough for the price, you even get AC in the room. Can't complain!

Front desk: Friendly overall but don't expect too much, they are also little informed about things to do and how to do it and get there but we were prepared.

There is not much more to say about the place...

In general if you are on a low budget, perfect hotel and the location... doesn't get better than this. The hotel restaurant is good too and the prices are good, you can even get a nice cup of fresh cut fruits in front in the morning for 50 pesos and we were very happy!

In resume: Good price, good sleep and Nice people a place where you stay for 2-3 days...

Room tip: I don't think they have amazing rooms but the king size bedroom is a big roomy and nicer but not much difference for the price
Ask Monic F about Chic Hotel Montecristi Republica Dominicana
Thank Monic F

This review is the subjective opinion of a TripAdvisor member and not of TripAdvisor LLC
javiera r
Santiago, Chile
7
Reviewed November 29, 2015
a relaxing place.

A relaxing and welcoming place. Its idyllic landscapes make make the place a dream. You can enjoy a sunset from another world, and a typical meal that does not'll taste anywhere else. I recommend the place one hundred percent.

This review is the subjective opinion of a TripAdvisor member and not of TripAdvisor LLC
BorisJAmsterdam
Amsterdam, The Netherlands
5386
Reviewed April 28, 2015
Decent hotel given the price and location

I stayed in Hotel Chic for two nights during a business trip to Monte Cristi. I was travelling alone, meeting people there to do scientific fieldwork in the area. Hotel Chic is generally considered one of the better hotels in town and caters to a crowd of mostly business people from the Dominican Republic itself. During my stay I was one of the very few foreigners in the hotel. This also has to do with the fact that Monte Cristi is very much off the beaten tourist track. The hotel is very centrally located within walking distance of ATM machines, a supermarket and several restaurants. It also has a restaurant and bar itself, which were o.k. but not spectacular. The food was o.k. but service was slow even factoring in the cultural difference in this respect between my home region of Northern Europe and the Caribbean. My room in the hotel was clean, had a shower with sufficient water pressure and hot water, and had air conditioning. As such it met all my basic needs. It even had cable t.v. as added bonus. Nevertheless, the hotel has a distinct run-down atmosphere. It kind of feels like it was once a very good hotel of high reputation, but those days have been behind us for a while now. There is not anything in particular that I can point to. As said: it had everything I needed for my trip. But still this is the feeling I got. That said, its atmosphere was still much better than the average bland business hotel that makes you forget in what city you are because they all look the same anywhere in the world. So though run-down, it does have a local atmosphere, which I consider a plus. The price was very low, so that is a bonus too, but has more to do with Monte Cristi not being a tourist area than anything else.

Room tip: Ask for a room with AC, as I understand from others that not all rooms have this.
Ask BorisJAmsterdam about Chic Hotel Montecristi Republica Dominicana
Thank BorisJAmsterdam

This review is the subjective opinion of a TripAdvisor member and not of TripAdvisor LLC
Tatiquebec
Quebec, Canada
63
Reviewed February 20, 2015
Don't go !

lazy staff: they was not even interrested to help for any question we had regarding the hotel or the city.
The bathroom had a window which opened to the hallway so everyone could hear ...
toilet was not working we had to open the tank in order to flush it ; no hot water in the morning for shower either.
Noisy
etc etc

This review is the subjective opinion of a TripAdvisor member and not of TripAdvisor LLC
View more reviews
PreviousNext
12…
<script type='text/javascript' crossorigin='anonymous' async onerror='__scriptLoadError(this,true);' src='https://static.tacdn.co