US$69
Reserve now, pay at stay
View Deal
Hotels.comUS$69
TripadvisorUS$69
TravelocityUS$69
Orbitz.comUS$69
CheapTicketsUS$69
Prices are the average nightly price provided by our partners and may not include all taxes and fees. Taxes and fees that are shown are estimates only. Please see our partners for more details.
Gary V
Manalapan, United States
127

This hotel is close to the National Park Bahia de las Aguilas. The hotel is very clean and provides a nice breakfast. They have a pool and the price is very reasonable. The staff was friendly and helpful.

See all 19 reviews
Nearby Hotels 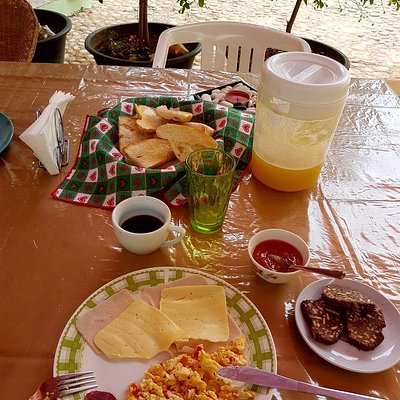 Taking safety measures
We compared the lowest prices from 2 websites 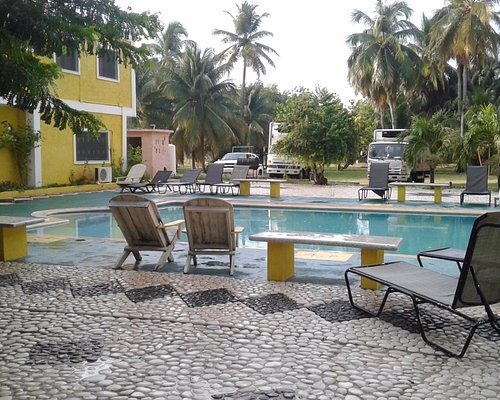 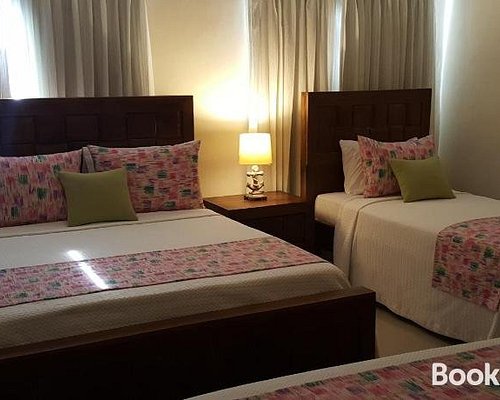 The hotel (bed and breakfast) is by far the place where they took care of most details.
The decorations are beautiful, A/C, TV (32 in) and cable work very well, pool was a bit dirty.
Elian (son of the owners) is great, 12 years and received us better than most adults with years of experience.

Definitely a most visit will in Pedernales.

This review is the subjective opinion of a TripAdvisor member and not of TripAdvisor LLC
NiceJoselyn
Colorado Springs, Colorado
4047
Reviewed August 24, 2017
Nice Place Perverted Owner

I am a righteous person and I am not going to deny that the place is nice and clean. The owner’s wife has put a lot of effort into the decorations of the place, but all of that was deeply ruined by the perverted behavior of the owner.

My group consisted of four women and two men, my cousins. We arrived at the hostel in the evening and Santiago, the owner, received us and showed us all of the accommodations. Afterwards, he told us about the excursions he provides to Bahia de Las Aguilas. Everything he discussed sounded good so we decided to hire him to go to Bahia Las Aguilas the next morning. During the conversation, one of the ladies in the group mentioned that we were going into town that evening to explore and find a place to dance and have a good time. Immediately the owner, Santiago, invited himself and said that he was going with us. We were a little surprised, but since we are friendly people we didn’t find anything wrong with that and we agreed he could come with us.

The next morning was our excursion to Bahia de Las Aguilas and to my surprise Santiago, the owner, again, invited himself to go with us. I, in particular, was not happy with that, but I didn’t want to be impolite. There was no room in our vehicle and fortunately, he didn’t come with us. I like personalized service, but in this case, he was crossing the line with his guests.

At the end of the day, after we came back from our excursion, a couple of my friends didn’t want to go back to the hostel so we dropped them off to eat. One of my cousin and I were very tired from the day at the beach and we wanted to go to our rooms. While my friends were dropping us off, Santiago saw that we had made it back to the hostel and left his home to ask what we were doing (note: his home is right outside of the hostel). I told him that I was very tired and was ready to unwind and call my husband. I left the parking lot and went to my room. I have to mention that at this point I felt really uncomfortable and insecure with the owner’s company for previous unpleasant events that happened with him and my female friends but I can not mention what happened here because of TripAdvisor guidelines.

It was around 11 PM when I went to the lounge area (on the same floor as my room) to clean all of the sand out of my purse. I didn’t do it in front of my room because it was located on a very dark hall. When I was cleaning my stuffs, guess who suddenly appeared? Santiago! I was surprised and scared at the same time. The last thing I wanted was to find him being alone, at night and in a dark place. He asked me what I was doing and I told him that I got a lot of sand in my purse from the beach that day, but I reiterated that I was going back to my room to relax and call my husband. I started walking towards my room and he proceeded to follow me. When I noticed he was following me I stopped walking, turned around and went back to where I was with a bague excuse....he kept following me.

My room was at the very end of a narrow dark hall with no exit! The only way to exit was the way I was coming. I felt very uncomfortable going to my room because every where I went, Santiago followed me. I stopped at my cousin’s room and told Santiago that I needed to talk to my cousin. I knocked on the door to speak with him because I felt scared and harassed. After everything that had happened with my friends previously, I felt that he could make an unwanted sexual advance on me. Unfortunately, my cousin didn’t answer, he had already slept. Santiago insisted that my cousin was not there. I know that he thought that I was alone. I started walking towards my room and Santiago AGAIN! followed me. At this point, I felt endangered which gave me the courage to stop before I reached the narrow hall that led to my room. I turned around abruptly and told him (almost yelling) that he needed to stop stalking me! He had the nerve to deny that he was stalking me and thank God he left.

There is no reason for an owner of a Bed & Breakfast to be in front of he’s guests rooms almost at midnight. He’s intentions towards me were definitely no good; I could see that clearly. I stood in the hallway terrified for two hours waiting for my friends to get back because I didn’t want to go to my room alone. I knew that if I went back to my room that I would have no means to protect myself should the owner use a master key to get inside. My friends finally arrived and I told them what happened. Needless to say, no one slept that night.

The next morning, my friend paid Santiago and we all left in silence. I left that place feeling angry and upset. I felt the need to make sure that what happened here is known by other people and to warn and dissuade them from coming here. No one should have to feel the way we did during our stay. The Hostal itself is nice and the staff treated us well. It is sad that the owner behaved the way he did because I would never come back and I would not recommend this place because of him. If he did it with us, he could do it with others too.

This review is the subjective opinion of a TripAdvisor member and not of TripAdvisor LLC
gvanderlinde
Santo Domingo, Dominican Republic
21627
Reviewed August 14, 2017 via mobile
A nice experience,

This review is the subjective opinion of a TripAdvisor member and not of TripAdvisor LLC
Mio0111
New York City, New York
11265
Reviewed August 1, 2017
Best Place in Town!

I went with my family for Dominican Father's day weekend. We rented out 4 rooms and were really happy with the cleanliness and service. This is a remote area and there are hardly any places to stay yet alone decent but this place really is not only clean it stands out as the only place in my opinion worth staying in. We did not have breakfast here but we did enjoy the buffet at the restaurant they own in the beach where you take the boats out to bahia de aguilas and let me tell you the food was amazing!! The buffet price included the boat trip as well. If you want to visit this beautiful area of Dominican Republic this is the place to stay.

This review is the subjective opinion of a TripAdvisor member and not of TripAdvisor LLC
S C
1
Reviewed June 24, 2017 via mobile
Amazing! Very clean and accommodating.

We were 17 people with children and Ms. Angie was very accommodating. The rooms were spotless clean with individual air conditioning. They are doing improvements like a pool and more rooms on the other side. Breakfast was included at their Rancho Típico Cueva de Aguilas, where you can also get excursions to Bahia de Las Aguilas which is an incredibly beautiful site in Pedernales Province.
We will definitely be back!