eDreams
Booking.com
FindHotelUS$72
View all 16 deals
Prices are the average nightly price provided by our partners and may not include all taxes and fees. Taxes and fees that are shown are estimates only. Please see our partners for more details.
Jessicagamboa22
1

I travel quite often, therefore I have been to many hotels and hostels. I was looking forward to staying in an apartment with my friends. But, his is the worse place I have stayed in so far; as soon as you enter the building you can feel the energy and the smells. we checked in and decided to go to our apartment. This place was a mess, the washroom looked like it hasn’t been clean in months, no hot wanter, spiders by the window. The smell of cigarettes and weed was so strong, it seemed like someone was there few minutes before our arrival. their description it says that they follow covid protocols to keep everyone safe etc. But if they didn’t clean the washroom, I doubt the fact that they sanitized the place.
We were supposed to stay there for 4 nights, but we couldn’t sleep the first night and we decided to check out. Leaving was the Best decision we could have made, I’m not kidding this place is horrible!!! Looks like a hookup placeMore 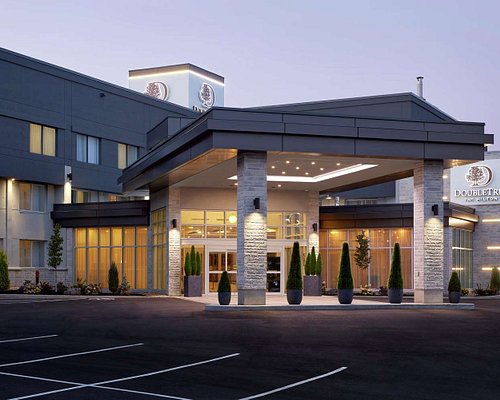 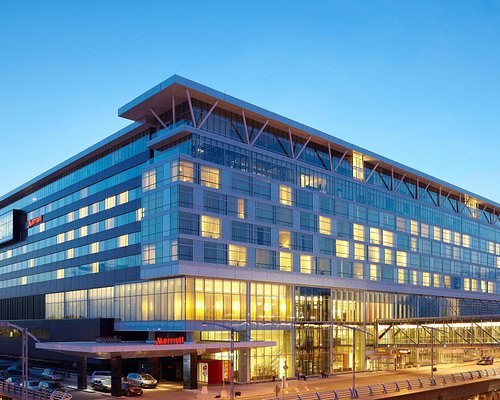 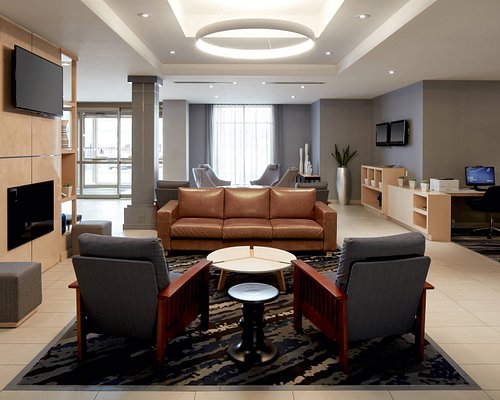 Hotels.com
View deal
Travelocity
FindHotel
US$94
ZenHotels.com
US$101
View all 15 deals from US$94
872 reviews
4.9 km from Hotel Dorval - Beausejour Apartments

The rooms were big and spacious. But the hotel did not seem too safe to me. I arrived at night and there was no one at reception on the ground floor. Anyone can walk in.

To check in I had to go up one floor, staff are not that friendly.

The free transfer is a joke. Yes it's free but it's just a car. On check in I told them the time I will be leaving.. 4am. So at 4am I wait downstairs. A car pulls up 5 people get in and that's it no more space for other people. There was no system in place to check which people have booked their time slot. Lucky I had given myself plenty of time. So I had to wait for him to drop the people off and come back.

It's a good for a quick one night stop over. But if using the free transfer give yourself plenty of time!!

Oh and there should be some sort of buzz system at the main door so not anyone can enter. There was two drunk women in the lobby area taking a nap.

This review is the subjective opinion of a TripAdvisor member and not of TripAdvisor LLC
J1831SOesther
1
Reviewed October 31, 2019
BEDBUGS

I stayed at this hotel for one night with my partner after having our flights delayed. There were a few spiders but I didn’t mind. However, the day after, I found bed bug bites ALL over me. I contacted management and they said they would look into it, but I haven’t gotten a call back or an email update. Now both my partner and I are paranoid we carried bedbugs back to our homes and need to hire an exterminator in the worst case scenario. DO NOT stay here!!!

This review is the subjective opinion of a TripAdvisor member and not of TripAdvisor LLC
TheaMB69
4
Reviewed October 27, 2019 via mobile
Mixed feelings :/

Absolutely fabulous for people travelling in groups or with pets. First couple times we stayed here we truly enjoyed our stay. However, the last time was not agreeable at all. We had issues with the drains - shower, sink and kitchen sink. First night we were given draino; the second night told if we didnt like it, we could leave - Saturday night at 7pm. Very bad customer service. Not sure I would stay there again.

This review is the subjective opinion of a TripAdvisor member and not of TripAdvisor LLC
Ontario76
Oakville, Canada
647214
Reviewed October 19, 2019
Very good bed. Overall maintenance lacking though

We stayed several days, and only because the bed was great and moving would be a pain given our schedules. We had a basement apartment, which may have dampened the airplane noise some, but it was still really intrusive. We needed an immediate coffee maker change - button broken right off, and the kitchen sink leaked as soon as we used it. "Fix" was to give us a pan to collect the water in. Hope they did more later. No minor things like salt or pepper or coffee filters to help travelers. The window masking around the air conditioner is about as intrusion resistant as you would expect a sheet of plastic to be. I would not have my wife stay here alone. AC had to run steady for noise and cooling.

This review is the subjective opinion of a TripAdvisor member and not of TripAdvisor LLC
lollyly
1
Reviewed October 1, 2019 via mobile
Very little to recommend.

Shuttle service was very slow and the driver sat in the vehicle ignoring us for at least a minute after he got to the airport. He dropped us off and went to put the van away. The sign in the lobby (we saw no front desk anywhere, just a table, a small couch and a couple of lamps) said front desk room 105 and was handwritten. There were 2 doors leading to staircases with rooms. We couldn’t find a front desk so went back to the lobby. The driver came in carrying some papers, which he called us to the table to sign, but he gave us someone else’s paper to sign, when we told him it was not ours he tried to give it to another one of us to sign. I pointed to the right paper and he gave it to us to sign, then handed us a couple of card keys and started to walk away. We had to ask him how to get to our room. We really felt like we were inconveniencing him.
When we finally got to our suite, it smelled very stale. The bedding looked nothing like the pictures, although it was clean. We had 2 bedrooms with king size beds and a hide-a-bed in the living room. There was no bedding for the hide-a-bed except a bedspread which is supposed to go overtop of the sheets and blankets. No pillows for it either. My husband’s and my bed had a duvet that must have been about 25 years old. It was lumpy and the filling was missing in a lot of it. It was cold in the suite and we could find no controls to turn up the heat. I had a horrible sleep because I froze and my husband said the same. Also for 4 people they only left us 3 sets of towels.
We tried several times to call the front desk, as he had told us to call if we needed anything. We had to leave messages every time and they never returned our calls or brought us the bedding and towels we asked for. Also, the room did not get cleaned while we were out so the dirty towels were still in the bathroom. There were no towel racks, the shower had terrible pressure and every time someone flushed a toilet or turned on a tap in another room, I got almost scalded.
There was no dish detergent for any dishes we used for food we had to go out and buy elsewhere. I don’t know what food others are talking about in their reviews. We could not find anything like that here. There was only 1 glass in the kitchen cupboard.
They did have a hair dryer, an iron and ironing board, a microwave, a toaster, a coffeemaker and a kettle but no convenient places to plug them in.
My husband actually found that some windows were open behind the heavy curtains and that is why we were so cold. Second night I slept much better.
For the price we had to pay we did not feel we got value or quality service. The driver refused to take us to the airport the next day to pick up a rental car.