US$63
Free cancellation until 21-06-30
Reserve now, pay at stay
View deal
Hotels.comUS$63
FindHotelUS$63
TripadvisorUS$63
eDreams
ZenHotels.com
StayForLong
Prices are the average nightly price provided by our partners and may not include all taxes and fees. Taxes and fees that are shown are estimates only. Please see our partners for more details.
Kathy P
24

Manager has a total disregard for customer safety

Overall it is dated and tired. The parking lot and entrance ways into the hotel were covered in ice and were not salted or sanded the entire 3 days of our stay. We informed the manager of the icy conditions that needed to be addressed., that someone could fall and seriously hurt themselves. His response was "yes it is very icy". That night my son went across the road to get snacks for his 2 young sons and slip at the entrance, fell and fractured his ribs. The manages response was, "he should be careful". This hotel has a blatant disregard for customer safety! I would not recommend this hotel to anyone.More 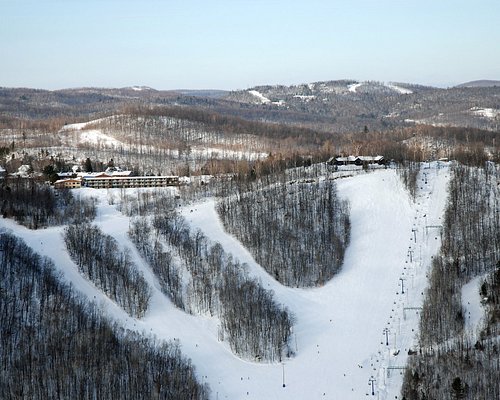 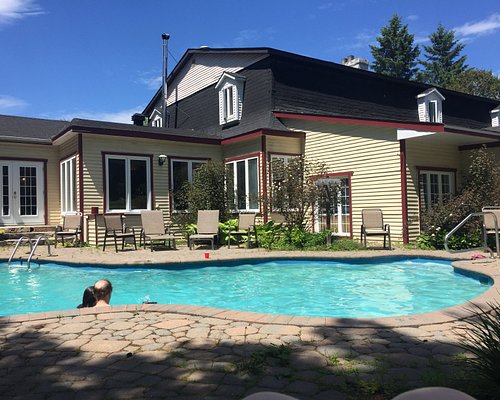 Breakfast included
Relais St. Denis
US$95
Booking.com
View deal
Hotels.com
US$87
Priceline
US$100
Expedia.com
US$87
View all 14 deals from US$87
301 reviews
7.1 km from Hotel Alila Saint-Sauveur
We compared the lowest prices from 14 websites 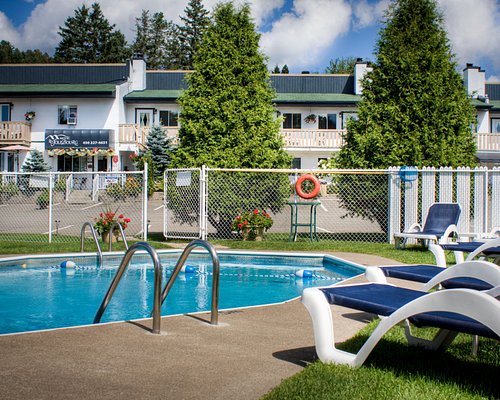 my room was so bad they switched it the next day. I paid $109 per night for what i thought was a suite type two bedroom rental. I got a peeling vinyl floor, an aisle leading to two rooms, only one of which had air, a non working TV only in one room mind you, a patio door that didnt lock, a disgusting unmanicured backyard property which has nothing like other pictures depict. No towels, no staff at desk(just a phone), a mucky disgusting smell, and a door I couldnt open without help. I do not recommend staying here. The next room had air for only one of my two remaining nights, a moldy very petite shower, a broken curtain holder, and neither room had a PHONE! i WAS CHARGED IN FULL as soon as I checked in with a "helper" who was waiting for me in parking lot. I was refused a refund to leave so I opted to take second room which had two queen beds together(exactly what I was trying to avoid for privacy purposes), making for a very uncomfortable stay in a place I would NOT rate anything shy of a motel and worth half of what I was charged! Don't stay here...go a little further if you need to. I chose it for proximity to my family in Morin heights. The photos are old! This was a spa optimal word here WAS and has since been poorly converted to what they call a hotel! there has been no upkeep and the rugs, hallways, rooms, all smell disgustingly old and mucky! The entire property is neglected and theres no staff and zero amenities!

This review is the subjective opinion of a TripAdvisor member and not of TripAdvisor LLC
Soph168
Montreal, Canada
51
Reviewed July 6, 2019
Decent experience

We booked this hotel a bit kind of last minute and wanted it for the location - something close to St Sauveur and also near one of the access points to Le Petit Train du Nord.
We usually make sure to go for 4 star places, but the location mattered more this time than comfort. We didn’t even look at the reviews, it was the best price for the area.

Overall, pleasantly surprised.
Rustic cottage feel.
Absolutely friendly staff.
Hallways fresh, not dingy, old carpets but kept very clean.
We had a very large room with 2 King beds. Two leather arm chairs.
Lots of personal space for a couple to use.
Air was fresh, the air conditioning worked like a dream and not overly cold. I always freeze.
Extra blankets, extra pillows, in closet, iron and board added.
It’s definitely clean and quiet, no qualms there.
No mould anywhere.
Beds weren’t too soft.
It’s not renovated inside but that really didn’t make any difference to us.
Owner seems to make an effort to make this hotel comfortable.
We never used the spa, we watched a little TV and slept like logs.

If I had any criticism, I’d say that a small coffee maker in the room or at least in the lobby would be more convenient.
The popular coffee shop was only 15 mins walk away but I’d rather wake up to a coffee.
We would have liked less expensive but it still was reasonable considering that we booked it during tourist season.
I’d stay over again for sure. 3.5 stars from me.

This review is the subjective opinion of a TripAdvisor member and not of TripAdvisor LLC
Lorelei P
11
Reviewed September 5, 2018 via mobile
Please don't waste your time or money at this location.

1st time at this hotel, we wished we could it check the reviews before..There is a musty / mildew smell / drain smell/ smoke odour in 2 of the rooms. We stayed 2 nights from September 1st to 3rd.We rented 3 rooms the first night, two of them were old, very run down rooms 201 and 204 near yhe frint desk..we do not recomend this hotel.
Family of 9 people. 4 adults (age range 40 to 75) and 5 children ( age 10 to 17.)
Price range from $153/ per night to $169/ per night.
The front desk staff is very friendly, that's the only positive thought...
Please don't waste your time here.

This review is the subjective opinion of a TripAdvisor member and not of TripAdvisor LLC
Ella Z
Ottawa, Canada
2
Reviewed August 6, 2018 via mobile
HORRIBLE, stay away

What a ruined vacation, we stayed with the family in this dirty, smelly, rundown hotel. Mold and slaim in the bathroom, dirt under the toilet sit, never EVER EVER AGAIN.The only good thing is the location and the backyard.

This review is the subjective opinion of a TripAdvisor member and not of TripAdvisor LLC
CrystalMurphy77
Embrun, Canada
3514
Reviewed August 2, 2018 via mobile
Don't bother

DO NOT GO to hotel Alila in Saint-Sauveur. Worst place I’ve been in a long time. From the moment we stepped foot in the hotel, we knew it wasn’t going to be a good experience. The place is dated, not well maintained and not at all what is advertised on their website. The tv and AC not working. The door was left open in our room; myself and our 3 year old were stung by wasps. At that point, we had enough and demanded a refund which we were refused. Their service was down right awful and manager very rude.
Our 5 mins stay sucked.
I am not recommending this place to anyone. If I could give it a 0 stars I would.