Expedia.com
Hotels.com
Travelocity
View all 8 deals
Prices are the average nightly price provided by our partners and may not include all taxes and fees. Taxes and fees that are shown are estimates only. Please see our partners for more details.
conradoolong
Cobourg, Canada
2

I love Picton and Prince Edward County, wineries, restaurants, scenery. I always stay at this Inn when I have time for an overnight getaway. Consistent, beautiful view of the harbor, and they have the best breakfast around!

Trip type: Travelled as a couple
See all 251 reviews
Nearby Hotels 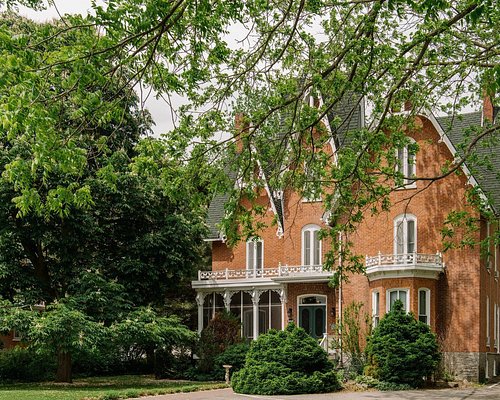 Priceline
View deal
eDreams
US$334
Agoda.com
US$336
Expedia.com
View all 10 deals from US$334
481 reviews
0.3 km from Picton Harbour Inn
We compared the lowest prices from 10 websites 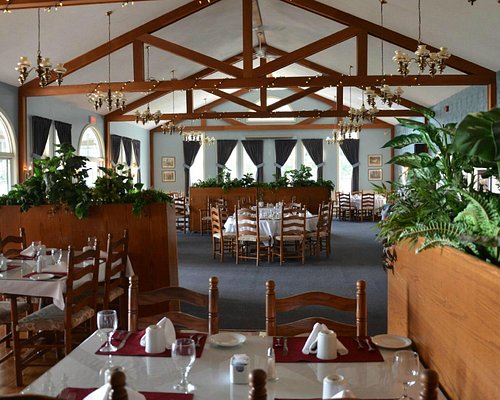 Isaiah Tubbs Resort
US$198
Tripadvisor
View deal
Hotels.com
Expedia.com
US$198
CheapTickets
US$198
View all 10 deals from US$198
569 reviews
13.2 km from Picton Harbour Inn
We compared the lowest prices from 10 websites 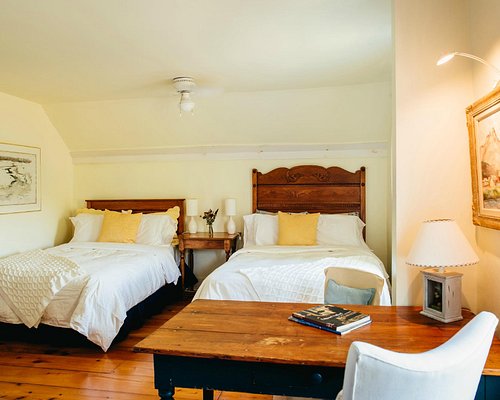 This inn is located in downtown Picton by the harbour My room was clean and spacious and even had a balcony over looking the Picton harbour . With a great am and pm view The front staff was polite and helpful

Thank you for your kind review of our property. We love the view, too! :)

Report response as inappropriateThank you. We appreciate your input.
This response is the subjective opinion of the management representative and not of TripAdvisor LLC
cathy T
126
Reviewed September 26, 2016
Could be a five if it wasn't for the front desk staff

When I first called in June looking for a room for the Labour day weekend, I explained I was attending a wedding in a field, somewhere in Milford with my elderly mother. The wedding was at 3:30 and I had asked if I could check in at 2:30 instead of 3 pm. The answer was a curt "No" ..... I said " so I guess if I want to get in a half-hour earlier I will have to book another night then, to which I got a "Yup". I looked around but had really liked the pictures so ended up reserving for two nights. When we checked in the front desk person was clearly the same one I had spoken to. Not a glimmer of a smile graced her face, she seemed annoyed when I asked if there were any maps or pamphlets for attractions (since I had more time to see things) and gave basic, but again annoyed, directions to where the Tourist centre was. We took a drive sightseeing and returned at 5:30. I was expecting a call from my brother to go for dinner but no message was flashing on the phone. I called the front desk, asked if there was a message and received a curt "yeah" as if I was an idiot. My brother was meeting us at 5 for dinner !! We rushed to the restaurant after another annoyed set of directions and the first thing my brother and his wife mentioned was the rude front desk person who told them, when calling for us the second time, that they had already left one message !! The next day, we went for breakfast, and were blown away by the wonderful service we received from Carrie ! The front desk person was different but clearly the same family or just the same attitude. I patiently stood and waited while she looked her computer screen, not once looking up or acknowledging my presence. I'm too Canadian at times. She almost cracked a smile when she gave me my change. ALMOST. It's really too bad that the Bobsey twins of rude are the first voices/faces you see. Clearly the Inn must do well enough though or the complaints that I've seen here about them would have been addressed by now. As for the room, it was lovely but needed some paint touch-ups that could be easily done and would make the room much nicer. I agree the balcony chairs are horrid and should be tossed and they should lists the room amenities. No mention of a fridge or coffee maker, or that there is a hair dryer. No mention of accessible rooms, which I was told there are and no grab bars in our bathroom for my 88 year old mom to hold on to. I packed a cooler and hairdryer that was not necessary. Would I use the Inn again? Maybe. Would I ask to speak to the owner about the rude sisters? DEFINETLY !

Cathy,
Thank you for taking the time to review our property.
Our customers should never feel as though they are inconveniencing the front desk staff nor do we ever want them to feel belittled by our staff. We will address the manner in which you were greeted/treated.
As 1 yr owners of this property, we have been working hard to effect change and we will continue to do so, however this becomes necessary. I sincerely apologize for the way our front desk interacted with you.

We began modernization of the rooms last winter and we will continue to do so this winter. The balconies are slated for an update as well. Stay tuned for the changes! :)

I am very glad to hear that your restaurant experience was excellent and we do hope that you will stay here with us again. I hope you had a wonderful time at the wedding and that you enjoyed your time here in Prince Edward County.

Report response as inappropriateThank you. We appreciate your input.
This response is the subjective opinion of the management representative and not of TripAdvisor LLC
RobandKris2
Brooklyn, New York
7
Reviewed September 17, 2016
Average

I prefer to call to book a hotel accommodation rather than booking on-line when possible. I called this hotel and the lady who answered the phone told me that I could book on-line line "if I wanted to". I told her I called directly for a reason. She suggested I book on-line. Although I was very tempted to use another hotel, I still wanted to try this hotel, so I reluctantly did. (What kind of owner or employee of a hotel with good service tell a customer that called to hang up and use the website!?)

The lady that I spoke to then must have been the same lady who "greeted" us when we arrived - she seemed to be playing some kind of on-line bingo (???) and we were definitely interrupting her.

The hotel itself is fine. Nice little view. Reasonably clean. The rest of the staff were very friendly. The restaurant served a very good breakfast and the location is very central.

Thank you for taking the time to provide a review.

I apologize for the unsatisfactory front desk service you experienced. While it is disappointing to hear, it is important that we receive this feedback so we can use it to continually train our staff. Since acquiring the property a little over a year ago, we have been working diligently to improve our guest experience and I can only hope that you will return to see and experience the continued improvements.

As the Summer comes to a close, we are moving into a quieter, yet equally beautiful time in Prince Edward County, and I hope you return to see us soon.

Report response as inappropriateThank you. We appreciate your input.
This response is the subjective opinion of the management representative and not of TripAdvisor LLC
Emwoerks
Toronto, Canada
10242
Reviewed September 15, 2016
Weathered

Fantastic view from back of motel. Unfortunately the rooms need a bit of TLC. Rooms are a bit musty and in need of renovation. Especially the lamps and bathroom. The small bar fridge in the room cycles through very loudly in the middle of night. Worth bringing earplugs if you're a light sleeper. The beds and bedding are nice. This inn can easily exceed it's potential with a bit of care.

Room tip: Ask for a room facing the water in the back of inn.
Ask Emwoerks about Picton Harbour Inn
Thank Emwoerks

Thank you for taking the time to provide feedback. Since acquiring the Inn a little less than a year ago, we have been working on revitalizing the property. There are still improvements to be made and plans are in the works to capitalize on the amazing waterfront that we are so lucky to have. We encourage you to visit again in the near future. While the Summer provides many unique activities, Prince Edward County is absolutely gorgeous in the Fall and Spring and I encourage you to return to visit us soon!

Report response as inappropriateThank you. We appreciate your input.
This response is the subjective opinion of the management representative and not of TripAdvisor LLC
bikeorhike
Bolton, Canada
9040
Reviewed September 5, 2016
Should be called a Motel not an Inn

The service of the "Inn" was fine, the location to downtown is very good . We were on the third floor, and the bedroom was okay, in need of paint and an update, the sheets on the bed were good; However the bathroom was dirty and dated, also in need of a paint most definitely an overhaul. The balcony is in sorry need for repair and the cheap plastic chairs could definitely do with replacing. While the view is lovely it is not worth the price that was paid. We stayed mid-week, and the room - at least the one we stayed in is definitely not like the pictures on their web site.