Room was tidy and bed really comfy.
Breakfast was definitely worth getting up for.
Staff so friendly and helpful, couldn't do enough for you.
They have managed the restrictions brilliantly.
Would definitely stay here again, hopefully when restrictions are lifted as i think this is a great location and would love to be in the middle of the hustle and bustle.

See all 2,996 reviews
Nearby Hotels 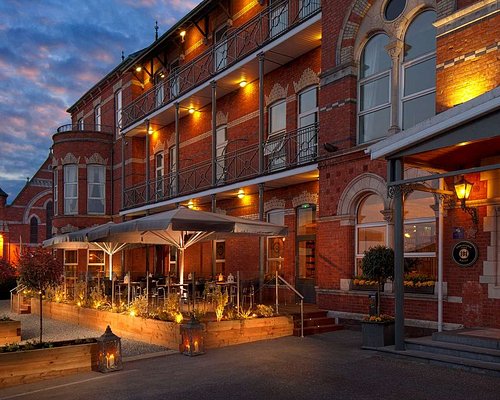 Sponsored
The Address Cork
US$144 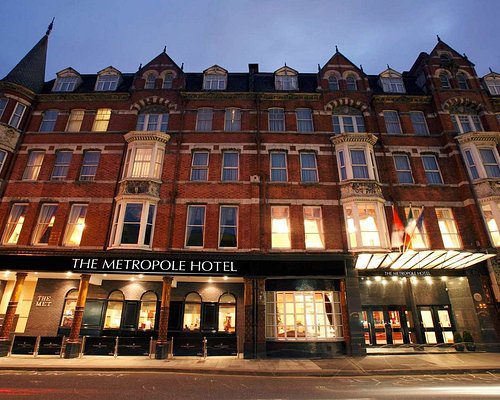 The Metropole Hotel
US$114 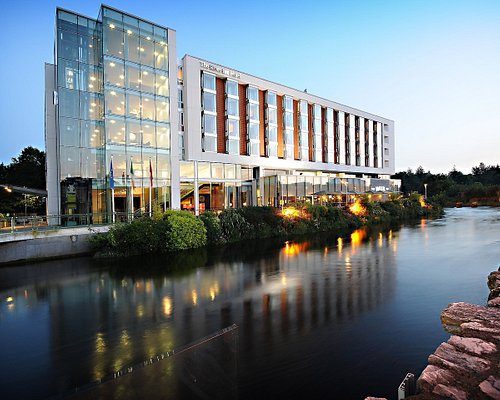 Expedia.com
View deal
Free cancellation
Pay up to 12X
Hotels.com
US$115
Hurb
US$109
StayForLong
US$121
View all 18 deals from US$109
2,235 reviews
3.5 km from Clayton Hotel Cork City
We compared the lowest prices from 18 websites
Top Rated
Cork’s Vienna Woods Hotel & Villas
US$198

Hotels.com
View deal
Free cancellation
Reserve now, pay at stay
Expedia.com
US$198
Agoda.com
US$177
Trip.com
US$202
View all 16 deals from US$177
1,128 reviews
4.5 km from Clayton Hotel Cork City
We compared the lowest prices from 16 websites
Sponsored
The Imperial Hotel
US$127

Very disappointed with our stay here over the weekend.

We chose to stay here for several reasons; 1) I’d stayed here before a few years ago and had a lovely time, especially in their large foyer area with a few drinks which is one of my favourite things to do when I go to hotels. 2) Our friends had stayed the week previous and said that they had had cocktails in the foyer for 2-3 hours prior to their dinner reservation, and that it had a lovely atmosphere.

We were really looking forward to our stay; we’re both frontline workers, working in the hospital and have not been away for a single night since our engagement last year and as were due to get married in several weeks now; we really wanted a night away to at least mark the engagement.

We didn’t really have much planned for the night, all we really wanted was to watch the all Ireland final and then go out for dinner which we booked in the city.

On arrival we were very happy how the hotel was regarding the covid restrictions; appropriate signage, stickers on the floor etc. We were asked if we wanted to book in for lunch /dinner, when we said we wanted lunch they told us to simply ring the bar and reserve a table (they made no indication that it was entirely booked up already)

We rang the bar as soon as we had arrived to the room to be told quite snarkily that the restaurant was booked for the entire night. We decided to order food via the click and collect (a stone cold pizza). When we went downstairs to collect it, we saw that the large foyer was completely empty and did have a small tv. We asked at reception if it was possible to watch the game there with a drink or two.

The conversation that followed was so frustrating and entirely full of contradictions; we could have tea and coffee and sandwiches etc in the foyer but couldn’t have alcohol (due to covid). We could have alcohol if we had a dinner reservation. We weren’t allowed to have a drink as the were expecting the pre dinner drinks ‘rush”. She then said that patrons with dinner reservations were firstly allowed to drink both before and after the meal but then she corrected herself to say that they were only allowed to drink in the foyer after the meal. Then we were told that no alcohol was allowed to be consumed in the foyer as it was a public area. We thought that this might have been for the 'substantial meal’ policy, so we asked could we not have a drink given that we have in fact just purchased a ‘substantial meal’. We were told no.

We were also informed this information was sent out to us in an email prior to our arrival, but after reviewing the email sent there was no such mention of anything about needing to prebook tables at the bar or any information around restrictions in the foyer.

We spent the remainder of the evening watching the match in our room, and only left to get drinks as part of the ‘click and collect service’ which I will say is well run. I will also say that the rooms were very tidy and comfortable.

The situation was extremely frustrating and it put a dampener on the entire night. The foyer restrictions had absolutely no logic to them and seem entirely arbitrary. It was bureaucracy for the sake of it. When we returned from dinner there were a large number of guests in the foyer drinking (presumably they had dinner reservations before).

We felt we were essentially confined to our hotel room for the evening and were made to feel like our request to watch a match in the foyer with a drink was entirely ridiculous.

We will not be staying again.

This review is the subjective opinion of a TripAdvisor member and not of TripAdvisor LLC
UnaH881
Cork
1
Reviewed December 18, 2020
Essence Spa - wonderful massage, great value

I recently visited the Essence Spa at the Clayton Hotel Cork and availed of their ‘Head to Toe’ package. From the time of making my booking just the day before through to leaving reception, everyone was friendly, Covid-aware and very welcoming. The warm oil back, neck & shoulder massage given by Eimear was the best I’ve ever had. Well worth the visit just for that! The mini-facial & hydrotherapy bath were also super. I was fortunate that the gym & pool were not heavily in use during my visit so the common changing room after my treatment was quite & relaxing.

This review is the subjective opinion of a TripAdvisor member and not of TripAdvisor LLC
danielleo625
Killarney, Ireland
42
Reviewed December 15, 2020 via mobile
Excellent hotel, friendly and helpful

A super over night stay in the heart of Cork City. The friendly and helpful staff made it such a pleasant stay. Could not do enough for us. The bar staff were lovely and Kerry was the nicest waitress I have met. I would highly recommend this hotel.

This review is the subjective opinion of a TripAdvisor member and not of TripAdvisor LLC
michaelnS1453GH
11
Reviewed December 11, 2020
Bad ending to a lovely stay.

Recently stayed here and from moment of check-in we were made feel very welcome by Tara who couldn't of been more helpful to us. Due to covid restrictions she booked us in and gave us times for evening lunch and breakfast . Room was perfect and restaurant food and staff were very satisfactory.
Breakfast was a different story. Attended before 9:30 as that was out time allocated ,to be told , take a seat in the lobby and would be called 'like a doctor's waiting room'. That was fine as only 1 couple and a single lady in front of us .The couple were called in and after another 15 minutes the staff member called out for groups of 4 only. 2x groups of four were called and then she was looking for a group of 3 next . Considering large groups were walking in and called before us we decided to leave and check out without breakfast . Spoke to April on checking out who was very apologetic. But it was all down to very poor operating procedures. Not a pleasant ending to a wonderful stay considering no breakfast and a 2 hour drive back to work.

This review is the subjective opinion of a TripAdvisor member and not of TripAdvisor LLC
930denish
1
Reviewed December 9, 2020
Great city spot

We stayed here for one night recently and the customer service provided was excellent. Thanks to Majella at breakfast, who did her best to placate our 17-month-old son and Ewelina at the coffee bar, who remained patient despite my pickiness regarding mugs v cups!