US$92
US$89
View deal
SAVE US$3
Free cancellation until 21-04-24
Travelocity
eDreams
PricelineUS$92
View all 13 deals
Prices are the average nightly price provided by our partners and may not include all taxes and fees. Taxes and fees that are shown are estimates only. Please see our partners for more details.
E7458UWjohnm
Tel Aviv, Israel
3410

It was a pleasure to return to this hotel the staff were as ever exceedingly helpful and professional Thecovid 19 restrictions were being enforced throughout the hotel with tables having to be booked for all meals . an excellent menu for the evening meal was first-rate and the normal Continental Breakfast was fulfilling and in abundance. I will recommend this hotel to anyone staying in Hamburg and indeed I am looking forward to my next trip in November.

Room tip: ASK FOR a room at the rear away from the busy main road
See all 131 reviews
Nearby Hotels 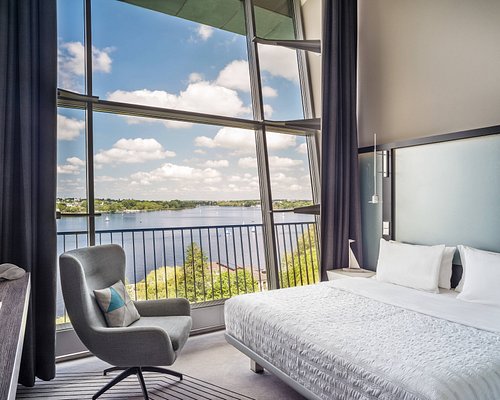 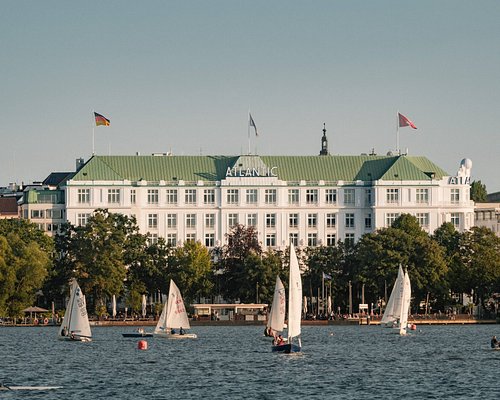 Expedia.com
View deal
Free cancellation
Pay up to 12X
Hotels.com
US$129
Agoda.com
US$96
FindHotel
US$133
View all 13 deals from US$96
127 reviews
4.4 km from Alte Wache Hotel
We compared the lowest prices from 13 websites
Breakfast included
Hampton by Hilton Hamburg City Centre
US$90

Taking safety measures
We compared the lowest prices from 16 websites
Tortue Hamburg
US$185
US$171
Booking.com
View deal
Free cancellation
Reserve now, pay at stay
Expedia.com
US$171
Hotels.com
US$171
Trip.com
US$185
View all 16 deals from US$171
244 reviews
1.9 km from Alte Wache Hotel

Taking safety measures
We compared the lowest prices from 16 websites
The Westin Hamburg
US$252
US$238
Booking.com
View deal
Free cancellation
Reserve now, pay at stay
Expedia.com
US$238
Priceline
US$238
Hurb
US$252
View all 19 deals from US$238
965 reviews
2.3 km from Alte Wache Hotel

Taking safety measures
We compared the lowest prices from 19 websites
Barcelo Hamburg
US$129
Booking.com
View deal
Expedia.com
US$138
FindHotel
US$114
ZenHotels.com
US$140
View all 18 deals from US$114
2,569 reviews
0.9 km from Alte Wache Hotel

I was given a TINY, prison-style single room on the street level; the furnishings were literally from the 80s and the bed was hard and uncomfortable.
I was really disappointed because the room didn't look at all like the picture I saw on hotels.com. And my booking said "twin" bed so I assumed there would be two beds in the room.
When I raised this issue, the reception lady with glasses adopted a hostile attitude. She refused to allow me to cancel the reservation so I could find a different (better) hotel. Even after Hotels.com got involved, calling the hotel to plead on my behalf, the management were completely resolute in their refusal to do anything.
This isn't a hotel that cares about it guests. All they care about is ripping you off. A deeply unplesant experience. Don't stay here!

This review is the subjective opinion of a TripAdvisor member and not of TripAdvisor LLC
KJD1995
12
Reviewed August 29, 2019
Basic but clean

Check-in went very, very fast. The 1 person room is very basic but clean. Shower has very good water pressure. The hairdryer was impractical but I managed to dry my hair with it. Hotel is close to the Hbf.

This review is the subjective opinion of a TripAdvisor member and not of TripAdvisor LLC
Holidaysmakanudu
Switzerland
265
Reviewed July 3, 2019
next to the centre

nice hotel next to the centre. It s not luxurios but a quiet place . Good breakfast and friendly people. You can buy a package at hamburg tourism , hotel and transportation backage, this is realy good.

This review is the subjective opinion of a TripAdvisor member and not of TripAdvisor LLC
VanOtto
Ottawa, Canada
3131
Reviewed April 3, 2019
Close enough to train station

Some have posted on this site that the rooms at Alte Wache reminded of the 1970s but I would respectfully suggest that the rooms more clearly reflect the early sixties. Indeed my room was very small and the “bed” not much more than a bunk and the mattress rather thin and a bit lumpy (what was that poking through in spots?).

The bathroom was also a bit too small with the shower being a special experience. You needed to turn the shower off in order to soap yourself and when it was on, there was always the danger that your back would hit the lever and you’d scald yourself. I have an ordinary toilette bag and there was no counter space sufficient to store it.

The daily breakfast buffet cost an extra 10 euros and I would recommend that those staying at Alte Wache find a local alternative where, for the same money, you’ll find a much better breakfast. First, the various cold cuts on offer were nothing better than second rate and I’m being generous. The breads (there were many- it’s Germany after all) were decent enough, as were the sliced and individually packaged cream cheeses.
The jams, yogurts, crepes & waffles were all low rent but the worst was yet to come.

I made the mistake of sampling the Nürnberger breakfast sausages and fried “ham” from the warming trays. Both were overly salted but what was with that ham? It felt more like a slice of fried slurry, the bloody stuff sticking to my teeth as I tried to chew it. Disgusting.

In the neighbouring tray sat, in a bath of fetid water, scrambled “eggs” almost orange in colour. This suggested powdered eggs. Worse still, rather than taking the tray to the kitchen and replacing it, staff came out and dumped bowls of more of the same “eggs” into the same trays. Entirely unhygienic. The coffee and tea were both decent.

Alte Wache is staffed by lovely, helpful people and the rooms were clean but small. In fact for a moment I felt as if I’d landed in Tokyo again. If you’re on a budget you’ll find the experience and location reasonable...just find another breakfast.

This review is the subjective opinion of a TripAdvisor member and not of TripAdvisor LLC
Ove-Johansen
Silkeborg, Denmark
11
Reviewed October 4, 2018
Ok location, but a bit worn down

Hotel has a good location for train and underground. Is located in a bad neighbourhood with a lot of imigrants, beggars and homeless people.
Hotel is a bit worn down and my room was very small.
If you want something in the bar you have to go to the reception who then will call a waiter. Breakfest was fine.
A bit noisy. I think the underground goes right under the hotel.