Hotel Valadier
Lowest prices for your stay
US$135
View deal

US$159
US$112
View deal
SAVE US$47
Expedia.comUS$150
PricelineUS$137
HurbUS$159
View all 19 deals
Prices are the average nightly price provided by our partners and may not include all taxes and fees. Taxes and fees that are shown are estimates only. Please see our partners for more details.
Global632735
1

We had a our wedding in Rome which was cancelled and I must say all of our suppliers have been terribly mean about refunding our deposits! However we had booked the Hotel Valadier for the day after our wedding to hold a brunch and they refunded our money immediately, without question and were incredibly polite and sympathetic towards our situation.

See all 1,194 reviews
Nearby Hotels 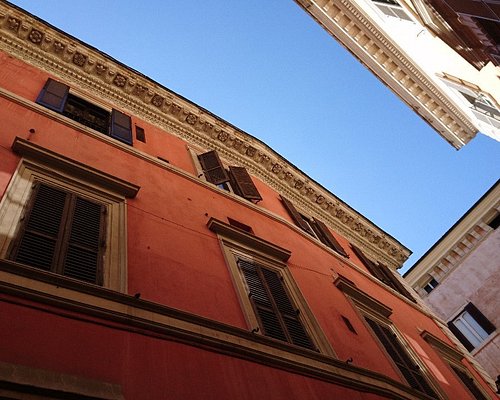 Sponsored
Room 94 Spagna
US$301
US$79
Booking.com
View deal
Free cancellation
Hotels.com
US$296
Expedia.com
US$301
CheapTickets
US$296
View all 10 deals from US$79
3 reviews
We compared the lowest prices from 10 websites 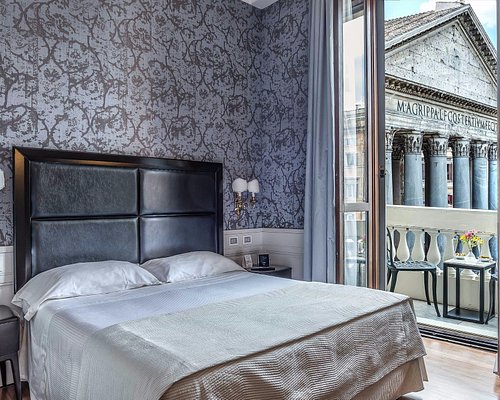 Taking safety measures
We compared the lowest prices from 15 websites
Breakfast included
Residenza Maritti
US$150
Booking.com
View deal
Free cancellation
Expedia.com
US$150
Hotels.com
US$131
eDreams
US$131
View all 11 deals from US$131
642 reviews
1.9 km from Hotel Valadier

Taking safety measures
We compared the lowest prices from 11 websites
Breakfast included
Hotel Damaso
US$167
Booking.com
View deal
Free cancellation
Hotels.com
US$151
Agoda.com
US$136
Expedia.com
US$151
View all 17 deals from US$136
460 reviews
1.5 km from Hotel Valadier

My fiancee organized a surprise long weekend for my birthday, inviting lots of friends as well to the hotel. I must admit, that he could not find a better place in Rome for this surprise. The bar, the restaurant with the exceptional menu, the helpful stuff, the central location and the nice design added value to our stay. I will definitely come back.

Really thank you for your great review! I'm really glad to know that you enjoyed your stay with us and appreciated the staff!!

We hope to welcome you soon again!

Report response as inappropriateThank you. We appreciate your input.
This response is the subjective opinion of the management representative and not of TripAdvisor LLC
fredandher
1424
Reviewed January 7, 2020 via mobile
Let down by the Night club din until the early hours of the morning.

Excellent position and great decor. Good breakfast and superb staff. Unfortunately, it is let down by the Night club din and the restaurant below until the early hours of the morning.
We got very good value in every other way. Difficult to understand why they have ruined the business by the small Night club.

This review is the subjective opinion of a TripAdvisor member and not of TripAdvisor LLC
vasilisv
Athens, Greece
1847
Reviewed October 29, 2019
Bait and switch

I booked this hotel via a travel agency and prepaid for three nights for a junior suite. When we showed up, the front desk said, nonchalantly, that they gave us a very nice room in the "new wing". As it turns out, the "new wing" is a converted apartment in the adjacent apartment building that has been divided into large doubles/triples, that is a separate property, Corso 12. That property advertises on its own as well, and the room we were given was available online as a Deluxe Triple for 25% less than we paid for the Hotel Valadier junior suite, as I saw online.

When we pointed that out, the hotel said they would show us junior suites at the "main building" and proceeded to show two rooms that were large but very problematic (one had three steep stairs going down - we have a 4 year old - and both had only a single *very* small window, at head level). Needless to say, none were even close to the room shown in the hotel photos as the junior suite.

They gave us the option to move into the room we had paid for the next day, but it was too much of a hassle to change rooms with a small child for a three night stay. There was no apology, and they kept saying we "chose" the room in Corso 12.

The room itself was indeed nice (see below), and I would be giving a very favorable review if I had booked it myself at the advertised price. We would have been ok even if they had told us clearly the situation and offered the Corso 12 room at its (lower) price.

Apart from that pretty major issue, the hotel location is amazing, the room we were in had a terrific balcony overlooking Piazza del Popolo, and the room was decently sized for a deluxe triple (~30 m2), well-appointed, and very clean. The bathroom is brand new, sparkling, and well organized and sized but with a very small sink. Funnily, it lacks any towelhooks in the sink area.

The breakfast is very good, and the breakfast room itself is a delight, with a view of, I believe, Villa Borgheze. Everyone at the hotel is very competent, polite and helpful. I don't blame the front desk for what happened to us, I am sure it's a management decision to overbook and act as if nothing happened.

I would book again, but not prepay.

This review is the subjective opinion of a TripAdvisor member and not of TripAdvisor LLC
RYANC61
Bucasia, Australia
2557
Reviewed October 6, 2019 via mobile
Disappointing return Visit

Booked for 3 nights, First room was so small couldn’t open to cases then second rooms was slightly bigger with terrible view. So much for once in 20 year romantic holiday to Rome as hotel definitely but downer on trip. Do not accept rooms 501 or 305.

We are sorry to know that your stay with us was not in line with the expectations. We moved you on a room quieter and bigger but as soon as you informed us that you didn't like the change we proposed to move in a room with a better view and you didn't accept. We work hard to deliver an exceptional guest experience, and it's apparent in this case that we fell short. If you give us a chance to earn back your trust, I can assure you that we will do our best to give you the great hotel experience that so many of our guests have grown so fond of.

Report response as inappropriateThank you. We appreciate your input.
This response is the subjective opinion of the management representative and not of TripAdvisor LLC
2ou2ou
Beirut
3723
Reviewed September 24, 2019
Perfect in every way

this hotel is perfect in every way, excellent location, walking distance to most attractions, fontaine de trevi, spanish steps, colloseum, ... it's right in the centre of Via del Corso for shopping and night walks, the street is so lively yet not noisy..
the hotel service is excellent, staff are so friendly and helpful, especially Fabrizio who is extremely helpful and would go out of his way to make sure guests well served and all is going well. the hotel is very clean, the terrace is amazing with panoramic views..
one of the best hotels i've stayed in
highly recommended