The Nicolaus Hotel
8 people are viewing this hotel
US$164
View deal
Free cancellation until 21-08-13
Reserve now, pay at stay

US$164
US$115
View deal
Hotels.comUS$139
TravelocityUS$139
Trip.comUS$127
View all 18 deals
Prices are the average nightly price provided by our partners and may not include all taxes and fees. Taxes and fees that are shown are estimates only. Please see our partners for more details.
Fabrizio Xjo B
Brescia
14372

Review of The Nicolaus Hotel
Reviewed May 22, 2021 via mobile

Logistically well positioned even if close to the hotel there are only restaurants an bars. Beautiful structure, nice reception and staff very kind and friendly. Rooms are clean and tidy, nothing is missed. Breakfast rich and of good quality

Trip type: Travelled on business
See all 1,551 reviews
Nearby Hotels 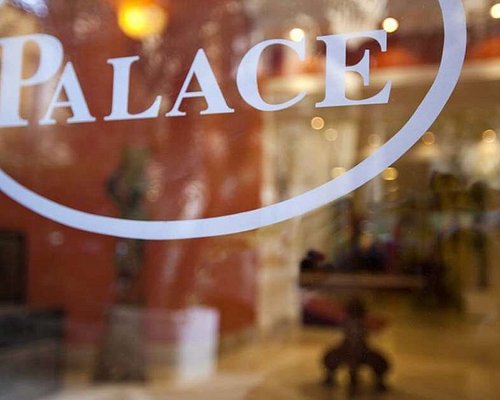 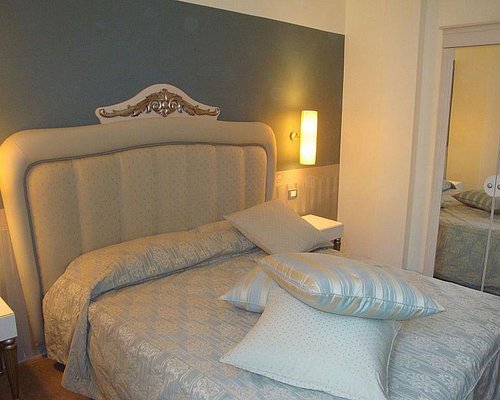 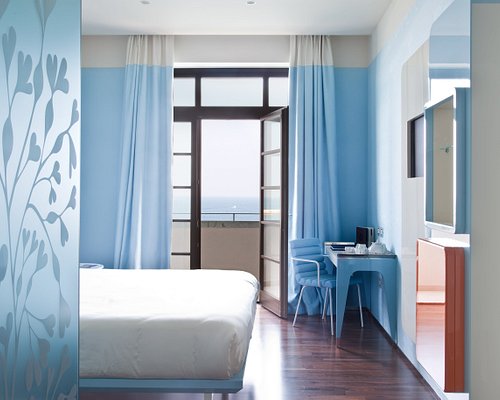 If you like hardbed comfortable
Hotel with fantastic breakfast solutions fresh squized orange juice then that s hotel for you.
Range of breakfast items are awesome.
Locatiin s good and if you are in upper floor you can enjoy beautiful view to the city.

This review is the subjective opinion of a TripAdvisor member and not of TripAdvisor LLC
mariadasgracasd
London, United Kingdom
6737
Reviewed November 7, 2019 via mobile
Not as good as first impression would suggest

On first sight this is a modern, very comfortable hotel. Lovely lobby, great looking room with balcony overlooking the town. We had a room on the 10 th floor which gave a panoramic view all the way to the sea. So far so good. On the first night we had dinner at the restaurant. There is a reasonably priced buffet but we opted for a la cart which was very nice, with a lovely glad of local wine recommended by the waiter. The service was very good, just like in the rest of the hotel. It was clear that the staff at the restaurant, bar and reception do their best. Although the hotel is modern, it could do with some serious regular maintenance checks. On our room we were unable to pull the lever to operate the shower. Once the cleaner slowed us how it worked, we had to yank it so hard, we were afraid it would break. The bathroom tap was also very sticky. A serious design fault is the general mood lighting in both the room and bathroom. To the extent, that i had to look hard in the evening to see what and where was in the wardrobe. same in the bathroom. Although there is a lit magnifying mirror, it is so dim, I struggled to put make up on.
We were taking part in a dance event, with about 400 participants. Once it started we discovered that the hotel could not cope catering for that number of people, which is surprising. We turned up for dinner and were told that unless we booked, no table wad available. No matter we thought, we will order room service, although not the most convenient solution. However they were unable to provide that either, as the kitchen could not cope. You could have a sandwich in the bar. As we were dancing during the day and night, we needed to eat at odd hours, but we were not catered for. The restaurant was open at set times for breakfast, lunch and dinner and it appears, the room service also only operated at those times. Not good enough for a hotel this size and price. On the positive side they have a courtesy coach to and from the airport, which is very convenient.

Dear Guest,
Thank you for your review.
We will work hard to improve our service.
Your sincerely

Report response as inappropriateThank you. We appreciate your input.
This response is the subjective opinion of the management representative and not of TripAdvisor LLC
Cynthia C
Canada
5342
Reviewed October 17, 2019
This is NOT a tourist friendly hotel...

This is NOT a tourist friendly hotel, this is a business hotel. They have no interest in catering to tourists and is a totally overpriced property that is not worth the amount we paid ($$$$). The room was large (jr suite) and the bed ok but the noise from the elevator all night long was very annoying. The hotel was packed with a conference and two out of three elevators were not working for 14 floors (took us 20 minutes to get from our 4th floor room to the garage with bags); breakfast was not included, the air conditioning system is terrible and antiquated AND they charge extra for parking. The women at the front desk are friendly and try to be helpful but the “gentleman” working there was rude and arrogant (as was the older bartender) - clearly they are in need of client service training. My advice if you are visiting Bari - do not stay there, stay in a charming tourist friendly environment....you’ll enjoy it much more.

Dear guest,
I'm really sorry to read your review.
We work hard to offer to our guests a great experience.
During your stay, modernization work was being carried out on our elevators.
I'm sorry for the noise and the slow down of the elevators. Now everything is solved.
I am certain that these inefficiencies have negatively affected the rest of the stay.
In any case, we welcome your suggestions with great interest and will work to improve our offer.
Thank you so much and I hope to see you again soon.

Report response as inappropriateThank you. We appreciate your input.
This response is the subjective opinion of the management representative and not of TripAdvisor LLC
Stella Z
11
Reviewed October 11, 2019
Very comfortable trip in Bari.

It is first time in Bari also Italy. The room is really nice and comfortable. Hotel also supplied a free bike for guests, and I used it for my amazing seesight around Bari. It is really convienent to the guest like me who is confused in complex public transportation system.

Dear Guest,
Thank you for your review.
We really hope to have you soon here again.
Your sincerely,

Report response as inappropriateThank you. We appreciate your input.
This response is the subjective opinion of the management representative and not of TripAdvisor LLC
kerryw298
Auckland, New Zealand
97
Reviewed October 8, 2019
Beautiful modern exceptionally clean hotel

After travelling around Italy for 6 weeks this was our last night and were booked into this hotel. Was a wonderful and relaxing 1 night stay. The room was large and as mentioned very clean and comfortable. We had dinner in the restaurant which was absolutely beautiful and the staff were lovely- Highly recommended

Room tip: We were pleased with our allocated room
Ask kerryw298 about The Nicolaus Hotel
1  Thank kerryw298

Dear Guest,
Thank you for your review.
We are really happy to know that you enjoyed your stay at The Nicolaus Hotel.
Your sincerely,