Booking.comUS$74
Expedia.comUS$74
travelup.comUS$107
View all 16 deals
Prices are the average nightly price provided by our partners and may not include all taxes and fees. Taxes and fees that are shown are estimates only. Please see our partners for more details.
VladucV
Iasi, Romania
3646

Nice staff; free and secure parking; quiet area and relative safe; tasty and nicely organized selections for breakfast - due to current pandemic situation.
For 3 nights the overall experience was OK - I recommend it for a layover.

Review collected in partnership with Accorhotels.com
This business uses tools provided by Tripadvisor (or one of its official Review Collection Partners) to encourage and collect guest reviews, including this one.
See all 636 reviews
Nearby Hotels 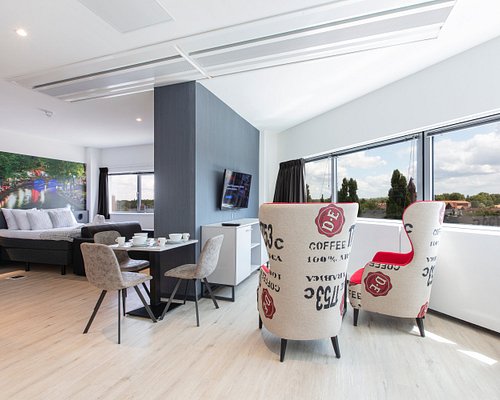 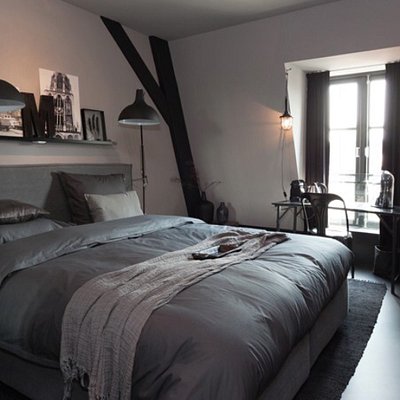 Hotel is okay for one night stay but I run into a starnge thing as I was going to bed, my legs started to scratch like crazy and looking in between the sheets I saw multiple black things ( not bugs at least !). I was not convince my sheets had been changed from the previous sleeper. I was able to change room as last.

Review collected in partnership with Accorhotels.com
This business uses tools provided by Tripadvisor (or one of its official Review Collection Partners) to encourage and collect guest reviews, including this one.
Ask dominiquec755 about Ibis Utrecht
1  Thank dominiquec755

Thank you for reviewing. All our rooms are double checked after check out, so i'm so sorry to see that you were not concinced by the fact that the sheets were nog changed. I'm glad to see that we were able to do a roomcharge for you. I hope you still had a nice visit to Utrecht.

Report response as inappropriateThank you. We appreciate your input.
This response is the subjective opinion of the management representative and not of TripAdvisor LLC
SacMax
Sacramento, California
6859
Reviewed October 14, 2019
Stay in Utrecht

The person who checked us in was very professional and kind. The room was larger than the previous Ibises we have stayed in and was very comfortable. This Ibis served lunch and dinner, which other Ibises did not. Being close to a bus stop made going to the central city very easy. All in all, we were very impressed withmthismIbis.

Review collected in partnership with Accorhotels.com
This business uses tools provided by Tripadvisor (or one of its official Review Collection Partners) to encourage and collect guest reviews, including this one.
Ask SacMax about Ibis Utrecht
2  Thank SacMax

Thanks for visiting and rating ibis Utrecht. I'm very happy to see we did a good job on our hospitality! I will definitely let our team know you were impressed!

Hope to welcome you again in our hotel.

Report response as inappropriateThank you. We appreciate your input.
This response is the subjective opinion of the management representative and not of TripAdvisor LLC
Leslie R
Lichtenvoorde, The Netherlands
3358
Reviewed October 13, 2019 via mobile
Fine for a short trip, close to center

Good hotel for just a couple of nights.
They have an own private parking place. A bar for drink. Cheap and public transport at the door.
Breakfast was good for that price.
Rooms are small but just for sleep okay.

Thanks for visiting and rating ibis. I'm happy to see we did a good job overall and that you enjoyed your stay.

Hope to welcome you again in future.

Report response as inappropriateThank you. We appreciate your input.
This response is the subjective opinion of the management representative and not of TripAdvisor LLC
Pinoks
Taguig City, Philippines
145108
Reviewed July 20, 2019 via mobile
Clean hotel

Room was a bit cramped but that’s ok. Compared to rooms in hotels in most downtown locations, our room was relatively spacious.

Location was safe and secure.

Staff were very nice and courteous.

Free parking. When entering, position your car closest to the left side of the barrier. When getting out, get a token from reception which you will use to open the barrier to get out of the parking lot. Parking spaces were a bit tight though which is typical in Europe.

We did not use the bus or tram to get to city center as we drove. We figured out, it would still have been cheaper to drive and park than to use the bus if we stayed in the city for sightseeing for only 2 or 3 hours. While Utrecht city center is a green zone (LEZ) for cars and trucks, we were told that our rented car was compliant and we didn’t need a sticker to enter.

There is an Ikea around 2.5 km from the hotel. We went there twice for meals since we love their Swedish meatballs and prices there are generally cheaper compared to cafes and restaurants in the city center.

We complained about the central AC that did not seem to work properly. We set it at the lowest point but still we did not feel the AC worked. We ended up opening the windows instead.

We did not include breakfast in our booking since we did not want to feel rushed to have breakfast during their prescribed opening hours for that. We instead had brunch outside the hotel. It would have helped if the hotel provided some water heating equipment since we brought some 3-in-1 coffee sachets (coffee, sugar and creamer) from home. An electric kettle is not an expensive addition to any hotel room.

There was no fridge. There was also no security locker.

The shower area had a tempered glass enclosure but without doors. So we were careful not to splash water outside the shower area. I guess that is typical of Dutch shower areas since we also stayed in AirBnB apartment in The Netherlands during our trip and we noticed that kind of setup in their shower.

There was a problem with their RFID keycards which you use to access the room as well as use the elevator. Several times, we had to go to reception to re-activate our keycards. We were reminded upon check-in not to place our key cards near magnetic or metal objects. We did not and yet our keycards still failed to work most times.

We noticed the thatched roofed houses (at least 2) in front of the hotel, which were a delight since our room faced them. They were like the houses you see in the Cotswolds in England.

We recommend this hotel.

Thank you for visiting and reviewing ibis Utrecht. Also thank you for this detailed review. I hope that you ask my colleagues about the missing kettles and security lockers, we have kettles for loan at the reception and have lockers as well. I hope we hosted you well and that you enjoyed Utrecht.

Report response as inappropriateThank you. We appreciate your input.
This response is the subjective opinion of the management representative and not of TripAdvisor LLC
SummerCamp
Salisbury, United Kingdom
4441
Reviewed July 20, 2019
Perfect hotel

The ibis at dom hommel in utrecht is the perfect hotel. The staff are welcoming and kind, happy and helpful. Everything was clean and smelled fresh. The reception and public areas were fresh and bright. Even the lift smelled sweet. The room was a basic hotel room but for 1 night it was perfect. There were no tea facilities in the room but at reception you can get a kettle etc. You can also get an iron and even a power bank charger for your phone (great idea). You can hire a bike which I recommend in utrecht, or you can get a bus to the centre right outside. We bought disposable 24h tickets online for 6EUR. Bike hire is 11EUR. Otherwise the bus is around 3EUR per trip. The bus takes 10 mins to get to the station. We ate at the restaurant and the food was delicious. They met my husband's fussy requirements without rancour. All in all a wonderful time made so much better by great staff.

Thank you for visiting our hotel and this amazing review. I'm very proud to see we did such a good job on our hospitality! It was great to welcome you in our hotel! I will definitely pass this review to our team.

Hope to see you again in Utrecht.