US$53
View deal
Free cancellation until 21-04-29
Booking.comUS$53
eDreamsUS$53
Priceline
View all 15 deals
Prices are the average nightly price provided by our partners and may not include all taxes and fees. Taxes and fees that are shown are estimates only. Please see our partners for more details.
Susan_B567909
1

Due to stay with a group of friends in early June, the hotel refuses to refund our money despite all non essential travel being banned in Belgium, instead only offering to rebook which is unacceptable. Would not wish to stay here due to this treatmentMore

Dear Susan,
Thank you for your feedback.

The safety and wellbeing of our guests are our top priority and due to COVID-19, we have implemented cancellation/modification policies to provide our guests with increased flexibility. We thank you for your understanding and are at your disposal for further information you might need.

We hope to see you when the situation improves.
Best wishes and stay safe,

Report response as inappropriateThank you. We appreciate your input.
This response is the subjective opinion of the management representative and not of TripAdvisor LLC
See all 629 reviews
Nearby Hotels Expedia.com
View deal
Free cancellation
Reserve now, pay at stay
Hotels.com
US$123
Lol.travel
US$102
FindHotel
US$126
View all 15 deals from US$102
1,048 reviews
1.5 km from Ibis Budget Hotel Leuven
We compared the lowest prices from 15 websites 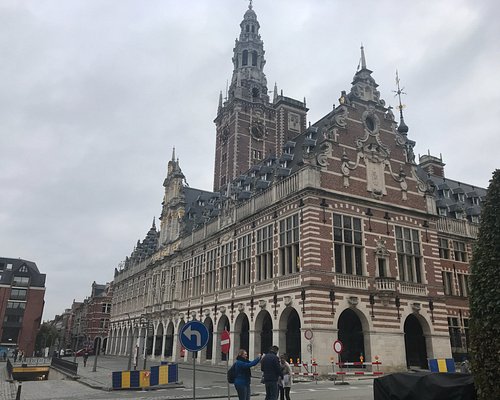 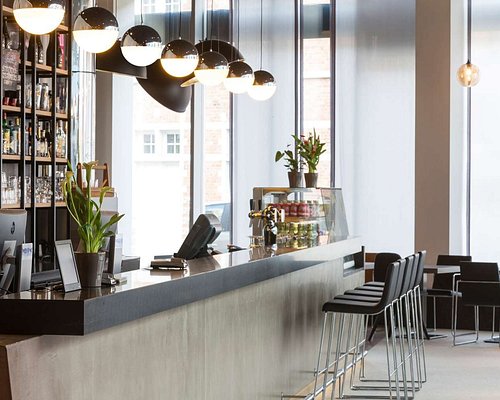 Hotels.com
View deal
Travelocity
ZenHotels.com
US$71
StayForLong
US$83
View all 15 deals from US$71
543 reviews
1.4 km from Ibis Budget Hotel Leuven

Taking safety measures
We compared the lowest prices from 15 websites
View more hotels in Leuven
Reviews (629)
Write a review
Filter reviews
629 results
Traveller rating
101
307
152
42
27
Traveller type
Time of year
LanguageAll languages
More languages
Traveller rating
101
307
152
42
27
See what travellers are saying:
Selected filters
Filter
Updating list...
1 - 6 of 629 reviews
nkengbezah
Heverlee, Belgium
1
Reviewed March 1, 2020
Review collected in partnership with Accorhotels.com
This business uses tools provided by Tripadvisor (or one of its official Review Collection Partners) to encourage and collect guest reviews, including this one.
Ask nkengbezah about Ibis Budget Hotel Leuven
This review is the subjective opinion of an individual traveller and not of TripAdvisor LLC nor of its partners.
Report response as inappropriateThank you. We appreciate your input.
This response is the subjective opinion of the management representative and not of TripAdvisor LLC nor of its partners.
sbooker2
1
Reviewed December 16, 2019
Leuven stay

Room clean and adequate. Breakfasts very good. Hotel staff very pleasant and helpful.
Would have liked an extra pillow in room. Disappointed that BBC channels not available in room. On previous stays these had been available.

Review collected in partnership with Accorhotels.com
This business uses tools provided by Tripadvisor (or one of its official Review Collection Partners) to encourage and collect guest reviews, including this one.
Ask sbooker2 about Ibis Budget Hotel Leuven
Thank sbooker2

Dear Sbooker2,
Thank you for reviewing your recent experience.

We are delighted to know that you enjoyed so much of your stay with us. Your mention of our team's quality service is especially appreciated and inspires us to keep up the good work!

Please know that you are always welcome to request additional pillows at our reception desk. We have duly noted your remarks regarding BBC channels and will take this into consideration for the future.

From our team to you, have a very happy holiday season!
Kind regards,

Report response as inappropriateThank you. We appreciate your input.
This response is the subjective opinion of the management representative and not of TripAdvisor LLC
HansELind
Brussels, Belgium
858351
Reviewed December 7, 2019 via mobile
Perfect for a nights sleep and good breakfast

Roms are really small. Showercabin also very small - but for a one nights stay its good. Good breakfast buffet. Quick check in and check out. Nice staff. I slept well and got a good rest. View ..... railwaystation. But I was not there to sit by the window.

Dear Hanselind,
Thank you for reviewing your stay.

We're happy to hear that we were able to meet your expectations in terms of service and comfort. However, we regret that certain aspects of your room and amenities fell short of expectations. We do wish to note that all our rooms are the standard size for Ibis budget hotels. Your feedback is very important to us as it will help us identify areas for improvement, so please rest assured that your comments have been taken into consideration.

We hope to see you again for an improved experience.
Kind regards,

Report response as inappropriateThank you. We appreciate your input.
This response is the subjective opinion of the management representative and not of TripAdvisor LLC
reviewonsocialmedia
11
Reviewed October 2, 2019
low-end and horribly arrogant towards non-flemish speaking guests

I was aggressed by a very irritating and arrogant employee who rudely hung up the phone twice by telling me "this conversation is over" while I was trying to resolve a booking issue. In fact, I successfully made a booking at this hotel via Booking.com but was later on contacted by this hotel claiming that it cannot process my credit card. In order to resolve the issue, I called the hotel to request it to try again since I have had no issues putting charges on my card even after making the reservation. After trying again with my card without success, this employee, on shift at around 9:40 - 9:50 p.m. on 2 OCT 2019, rudely told me on the phone that if nothing was right about her hotel, then I should cancel and go somewhere else. After staying at more than 100 hotels in the world from no star to 5 stars, I have never encountered such a situation involving hotel staff as unprofessional and arrogant as her. Maybe, she believes ibis Budget Hotel Leuven is Hotel Le Bristol Paris in Leuven! I told her she should never talk to guests like this then she reacted by saying "this conversation is over" then she hung up the phone. I called again and again, she then finally picked up the phone only to repeat "this conversation is over" after I requested to speak to the General Manger of the hotel and indicated my intent to publish the conversation.

Dear Guest,
Thank you for taking the time to share your candid feedback.

It is with great regret that we learn of the poor interaction which you received upon your phone call with one of our reception team. After speaking to the concerned party, we understand that there was an issue with your credit card which unfortunately could not be resolved at the time, she mentioned that she felt very intimidated by the fact that you had on numerous occasions mentioned that you would be reporting this incident, but at the time the issue was beyond her control. Therefore, she felt the need to keep the conversation very limited.
However this approach is not acceptable by our team members, we put our team members through extensive customer service training so we’re very saddened to hear this. Please accept our sincere apologies — we’re taking steps to ensure we maintain our high standards of customer service in the future.

Report response as inappropriateThank you. We appreciate your input.
This response is the subjective opinion of the management representative and not of TripAdvisor LLC
wouterverbelen
1
Reviewed September 25, 2019
ok to stay over for 1 night

the rooms were ok and clean, except for some aiki noodles that were left behind. the bed was good, but the pillows were to small to have a confortable sleep. I've been to other Ibis budget who were better equiped on the pillows.

Review collected in partnership with Accorhotels.com
This business uses tools provided by Tripadvisor (or one of its official Review Collection Partners) to encourage and collect guest reviews, including this one.
Ask wouterverbelen about Ibis Budget Hotel Leuven
Thank wouterverbelen

Dear Wouterverbelen,
Thank you for reviewing your stay.

We are glad our comfy quality beds were to your satisfaction, perfect for a good night's sleep which we believe is high on the priority list of our guests. We were sorry to hear that you did not enjoy our pillows and would like to inform, that extra pillows are available at reception and regret that you had not made us aware during your stay.

We hope to see you again for an improved experience.
Kind regards,

Report response as inappropriateThank you. We appreciate your input.
This response is the subjective opinion of the management representative and not of TripAdvisor LLC
View more reviews
PreviousNext
12…105