Excellent in the Circumstances - Review of Athinais Hotel

Excellent in the Circumstances

I had to take one of our dogs to Athens for a Scan and a vet visit as he has spinal problems. My husband and I stayed at the Athinais Hotel around 2 years previously and when I found it was "pet friendly" I booked my dog and I in for 2 nights. Everywhere was spotlessly clean, I had a nice spacious room over looking the road, as I had requested, and Sam the dog seemed to like being there too - he loved the main road for his walks, he has never seen so much traffic!! Breakfast was obviously room service only and it was a very, very good breakfast - you could also order food from the Bistro until 12:45 and after 13:00 there was a list of nearby places which would deliver food to the hotel. All in all a very pleasant visit, although not for the best of reasons. Definitely would book again for any trips to Athens.More

Dear guest,
Thank you for taking the time to write such a nice review for our hotel. We are really happy that you had a pleasant stay at Athinais and that our services satisfied you, specially during these demanding times.
We wish you all the best and we hope to have the chance to welcome you back in the future!

Report response as inappropriateThank you. We appreciate your input.
This response is the subjective opinion of the management representative and not of TripAdvisor LLC
See all 454 reviews
Nearby Hotels 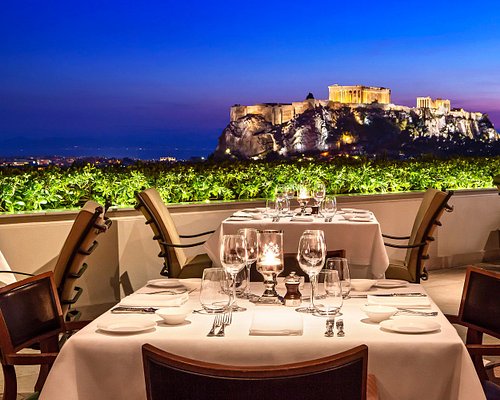 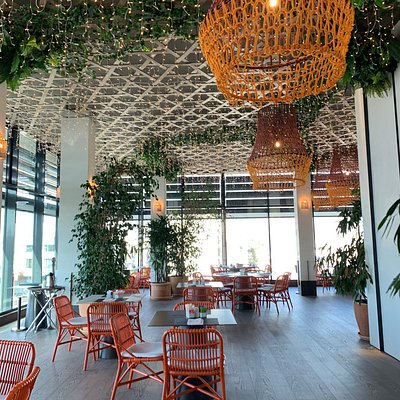 Grand Hyatt Athens
US$169
US$127
Booking.com
View deal
Free cancellation
Reserve now, pay at stay
Hotels.com
US$127
Expedia.com
US$127
Trip.com
US$169
View all 16 deals from US$127
604 reviews
4.5 km from Athinais Hotel
We compared the lowest prices from 16 websites
Breakfast included
B4B Athens Signature Hotel
US$103
US$99

Taking safety measures
We compared the lowest prices from 16 websites
Breakfast included
Coco-Mat Athens BC
US$180
Booking.com
View deal
Free cancellation
Reserve now, pay at stay
Hotels.com
US$180
Agoda.com
US$119
Expedia.com
US$180
View all 14 deals from US$119
155 reviews
3.1 km from Athinais Hotel

Typical city hotel. The location is very convinient as the it's near the centre and the bus to the airport passes right outside the hotel. The staff is friendly and the breakfast adequate. The only downsides are the bit expensive prices, especially if you compare it to hotels at the centre of Athens and the soundproof in the rooms.

Dear guest,
Thank you for taking the time to share with us your impressions, and for your overall positive feedback. Our guests reviews give us a valuable insight and help us to improve. We hope you enjoyed your time in Athens and we hope to welcome you again.

Report response as inappropriateThank you. We appreciate your input.
This response is the subjective opinion of the management representative and not of TripAdvisor LLC
Salton_Sea_Lass
Salton City
2722
Reviewed October 12, 2019
A Good Deal

The pluses well outweigh a couple minuses. If you’re new to the country, it’s very helpful to stay here because the bus (cheapest option from the airport) drops you off and pucks you up a five minute walk away. Just watched the monitor screen on the bus picked below the ceiling of the bus and just behind the driver; it flashes from English to Greek. The hotel will tell you the name of the plaza where you get off (I forgot).
The staff at Athinais are all really nice and speak English as most people I met in Athens.
I was really glad about the cafe in the hotel because I was about to have lunch at the plaza—it’s looks so nice and European with its outdoor seating near the fountain but DANG, about half are smoking like stream engines! I found that all over the city—this is very shocking that so many Greeks, especially those under age 50, are slowing killing themselves with this satanic addiction. Has Greece no active health ministry? (Sorry for the rant—over decades I watched first my mom and then my dad slowly but literally asphyxiate from tobacco induced emphysema.) Anyway, I then fled back across the street to the hotel’s cafe and had a great salmon lunch. Their Greek salad was unforgettable too. The crunchy breadsticks were surprisingly full of flavor.
Which brings me to the breakfast which is a feature I screen first for in a hotel as it’s so convenient. The hotel has a very nice buffet breakfast. The grapefruit juice is the best I’d ever had anywhere. Sweet and no bite to it.
The other reviews were spot on about the cleanliness. I liked that the floor were wood (or good wood like tiles) instead of carpet. I loved that it had a tub; many of us still enjoy baths. (If you’re one and use bath salts, bring your own as I had to hunt thru many local pharmacies to find some and they were $$$) Little peeves: in my basic room with double twin beds there was no shelf or cabinet in the bathroom to put away all my girlie stuff—it’s so relaxing in a nice hotel unit to be away from my stupid clutter. Also no outlet in the bathroom for my curling iron (where does a guy with an electric shaver plug in?) There is a hair dryer on the wall but it’s fixed so you can’t get to the outlet behind it. There was a small fridge, but no microwave and also no coffee machine (I don’t drink coffee, but I’m an avid herb tea drinker so even an electric (non plastic) pot to heat water would have been so nice. Someone told me to go to the cafe, but I was waking out at all hours due to the time change and the cafe closes at 11 pm. I really missed my tea and I’m not even British. Last peeve was that I thought I wrote in my reservation a request for some kind of view which I got, the grungiest ever, and I feature with this review. Oh well, I was alone just for a conference, so if someone had to get it, better me than a honeymooning or anniversary couple, I figured.
I got to see a great concert just a short walk down the street at the beautiful concert hall and I got a perfect seat for only 20 Euros. I felt safe walking back alone late at night along the well lit boulevard and saw other lone women doing the same. I often saw police in Athens, which to me was reassuring.
The American Embassy is between the hotel and concert hall and is fortified like a max security prison. I watched an enormous and very loud protest at the Embassy which was shielded by a half dozen long Greek police buses as Sec of State Pompeo was there (Greeks asking for defense systems to protect themselves from the Turks) and I saw “Yankees Go Home” graffiti at the bus stop (I’m writing a week later as Turks are invading Syria and massacring civilians). A Bulgarian who lives there rolled his eyes and told me the same group protests like that regularly for any occasion.
I had a fun day just strolling around the nearby shops. One day I even walked up and back from the hotel to the great Acropolis which took maybe an hour (not including the climb from the base up to the Parthenon & other ruins which was moderate). This is not for everyone, but there was plenty to see on the way. I stopped along my trek at the Christian and Byzantine Museum which was very enjoyable. I saw a few soldiers in very traditional garb marching in front of (didn’t get the name) the Greek presidential building(?). I had lunch at a vegan restaurant where I had a great Cypriot salad—so, so sorry I didn’t get the name of the small cafe!
BTW if you’re a cat lover you’ll be in feline heaven as there are many cat colonies in Athens and many of the cats are friendly. They looked healthy and I read there are cat societies tending to them as well as many shops having in front food and water bowls for them as we do in CA cities for dogs on walks.
So next time I go to Athens I will be sure to pack my own bath salts, a big bag of kitty treats, and I will happily book at the Athinais Hotel again.

Dear guest,
We are very pleased that you enjoyed your stay in our hotel and that you had a positive experience. Moreover we would like to thank you for your considerate remarks as you give us the opportunity to improve
Thank you once more, we hope to see you again.

Report response as inappropriateThank you. We appreciate your input.
This response is the subjective opinion of the management representative and not of TripAdvisor LLC
CrhisPapa
Athens, Greece
52
Reviewed October 12, 2019
Very nice

Athinais is a very clean and very well located hotel in the center of Athens. The rooms are spacious, modern decorated and spotlessly cleaned. The lobby is spacious and comfortable and the restaurant serves tasty meals, coffees and juices. We would visited again.

Dear guest,
Thank you very much for your positive comments. We are very happy that you felt so comfortable in our hotel and that you enjoyed our services. We are looking forward to welcoming you again during your next visit in Athens.

Report response as inappropriateThank you. We appreciate your input.
This response is the subjective opinion of the management representative and not of TripAdvisor LLC
Antoniomaria D
Copenhagen
11
Reviewed September 16, 2019
Athens 2019

The hotel is very comfortable and clean and the personnel is kind. It is placed in a central zone of the city, not far from the underground and it is easily connected to the airport (bus or underground). In the neighborhood there are nice places where for eating typical Greek food and The Opera.

Trip type: Travelled on business
Review collected in partnership with this hotel
This business uses tools provided by Tripadvisor (or one of its official Review Collection Partners) to encourage and collect guest reviews, including this one.
Ask Antoniomaria D about Athinais Hotel
1  Thank Antoniomaria D

Dear guest,
We are very happy that you had a convenient stay in our hotel and we want to thank you for taking the time to write this nice review.
We hope to have the chance to welcome you again during your next visit in Athens.

Report response as inappropriateThank you. We appreciate your input.
This response is the subjective opinion of the management representative and not of TripAdvisor LLC
Amrabdelmohsen
61
Reviewed August 6, 2019 via mobile
Boutique hotel

Dear guest,
Thank you for taking the time to write such a nice review. We always try to meet our guests' needs.
We look forward to welcoming you again.

Report response as inappropriateThank you. We appreciate your input.
This response is the subjective opinion of the management representative and not of TripAdvisor LLC
View more reviews
PreviousNext
12…76