US$178
US$162
View deal
SAVE US$16
Free cancellation until 21-04-24
Travelocity
Orbitz.com
getaroom.comUS$178
View all 13 deals
Prices are the average nightly price provided by our partners and may not include all taxes and fees. Taxes and fees that are shown are estimates only. Please see our partners for more details.
Macjpa
Marseille, France
8657

Lunch on the terrace

Very nice place ;we had lunch outdoors on a very pleasant terrace ! Very good food, very good wine and perfect staff !We often get here to the restaurant and sometimes to the hotel and we never had any deception !More

We are happy toe see you have enjoyed the lunch on our terrasse and hope to welcome you for your next visit in the area.
Best Regards
Fabrice Gouin
Directeur

Report response as inappropriateThank you. We appreciate your input.
This response is the subjective opinion of the management representative and not of TripAdvisor LLC
See all 725 reviews
Nearby Hotels
La Bastide Du Calalou; Bw Signature Collection
US$206 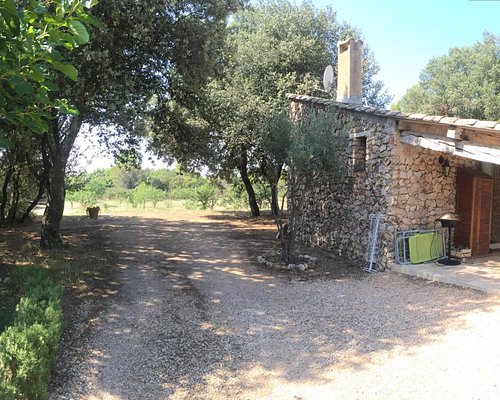 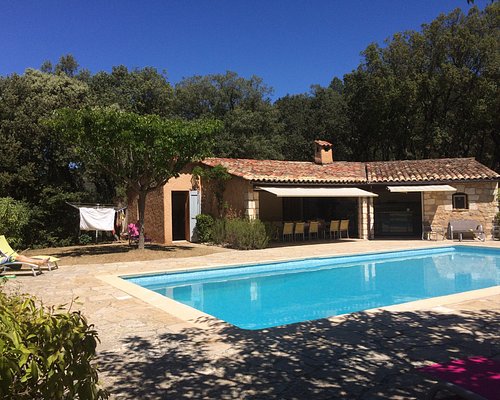 It’s normal to charge higher in the high season, but after staying here, we both felt ripped off. Before I give our review, I’d like to say that the staff were really lovely and friendly ok so! The rooms aren’t as colorful as they seemed online (too much editing), the amenities were dated, not a lot of games, no Boule area, ping pong. There was a chess board but that’s about it. The restaurant staff did their best, but the food didn’t match. First night we had a lovely meal (lamb and duck) with a nice bottle of red. Second night we had the sea bass and linguini pasta with razor clams. Both were poorly made (sea bass wasn’t enough for a main, the ratatouille was more like a raw mixed veg mix, with no tomatoes and the fish was the size of a 2 human size thumbs!). Pasta has no flavor, the razor clams were dirty and gritty making it impossible to eat. There is not a lot of choice on this menu. And it’s very pricey. Our bed was meant to be a king but it was in fact two twins put together. The ‘spa’ is a lady who works outside and comes into the hotel and sets up a massage bed in the games room. So if any other guest wanted to relax in there, grab a dvd or play chess they couldn’t. The pool doesn’t have enough beds. We wanted to enjoy the afternoon sun but all the beds were occupied. I feel like I’m being negative but for 2 nights costing almost 1000€ , I feel like we should have got more for our money! Would I come back again? Not in the high season. And probably not.

This review is the subjective opinion of a TripAdvisor member and not of TripAdvisor LLC
PETE095
ROCHDALE
1518
Reviewed July 18, 2019
Expensive, be careful

The hotel is nice and the facilities are good. The restaurant was expensive with few options, although the service and food was of a high standard. On depparture we were charged for breakfast each day which we did not have. Luckily my wife checked the bill and we went back in to challenge the invoice. They immediately credited my card 60 euros without question almost as this happens all the time. It did leave a bad feeling that I was being ripped off ?

This review is the subjective opinion of a TripAdvisor member and not of TripAdvisor LLC
Peripatecian
Singapore, Singapore
132101
Reviewed July 13, 2019
Great location; the rest disappointing

Moissac-Bellevue is a quiet town, but ideally located to visit the beautiful countryside including Gorge and lavender fields. The accommodation was very small with only very basic appointments. The internet was a joke, with the signal often not working. The restaurant tried to convey an impressive sense, but the food was bland and not very good.

This review is the subjective opinion of a TripAdvisor member and not of TripAdvisor LLC
Bazjk
Bristol, United Kingdom
3210
Reviewed July 9, 2019 via mobile
Just OK

Lovely hotel but we found the restaurant to be very expensive and the food in truth not great, We also found the food to be salty and sent one of the courses back. Replaced by the rack of lamb at 33 Euros for three small lamb ribs, just too much money. Such a shame as the hotel and staff were very nice.

This review is the subjective opinion of a TripAdvisor member and not of TripAdvisor LLC
Tourist33972872018
Volendam, The Netherlands
1
Reviewed July 6, 2019
Beautiful location

Price/quality was average because breakfast was not included. Dead insects must be removed and not left behind for two days. During our stay there the Continental rally contenders were also in the hotel. They were very loud and should be alerted for that.

Review collected in partnership with Les Collectionneurs
This business uses tools provided by Tripadvisor (or one of its official Review Collection Partners) to encourage and collect guest reviews, including this one.
Ask Tourist33972872018 about La Bastide du Calalou, BW Signature Collection
Thank Tourist33972872018