US$139
US$99
View deal
SAVE US$40
Travelocity
Official Website
ZenHotels.comUS$139
View all 16 deals
Prices are the average nightly price provided by our partners and may not include all taxes and fees. Taxes and fees that are shown are estimates only. Please see our partners for more details.
acolangelo77
Frankfurt, Germany
2627

We were at the hotel for a family wedding and so we really tried all services and facilities. The view is unique for the standards of Maratea, and the rooms are comfortable and very clean. We were also very pleased with the food, but what really made a difference was the kindness and customer orientation of the staff, from the youngest waiter all the way up to the middle and upper management. Special thanks to Roberto and Roberta.

Trip type: Travelled with family
See all 1,259 reviews
Nearby Hotels 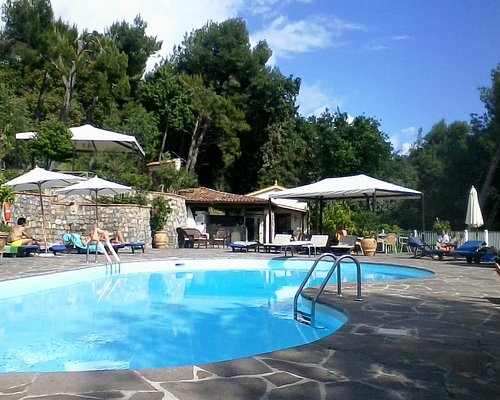 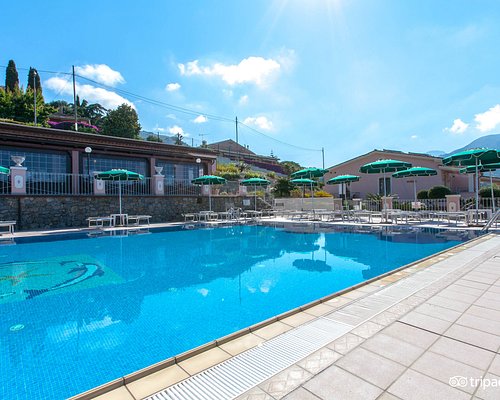 All Inclusive
Hotel Ristorante Borgo La Tana
US$110
US$85
Tripadvisor
View deal
Pay up to 12X
Orbitz.com
Travelocity
ZenHotels.com
US$110
View all 15 deals from US$85
870 reviews
6.0 km from Grand Hotel Pianeta Maratea 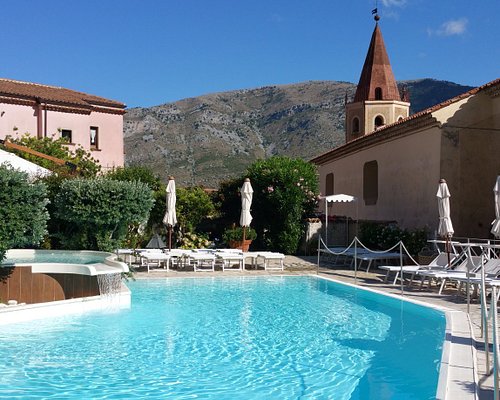 This hotel is really dated. Don't trust the professional photos you see, it doesn't look 10% like what's in the photos when you see them in person. The room I had is old, old carpet, old style furniture ... in short, everything is old. The receptionist area looks like from the 70's, staff were NOT attentive at all, breakfast was far too basic, coffee was worse ever! It was the worst breakfast I had in Italy.

We were there in April, temperature was around 20 during the day and around 16 at night. It's not cold at all but the hotel room has the heating auto-on, even after we switched it off, it's still far too hot in the room. It was much cooler out there so we had the balcony door opened all night but still feel very hot in the room. We asked the hotel staff is there anything they can do about it and they said there is nothing they can do.

And the worse thing was, they tried double charge my credit card. They have charged my credit card when I book the room and when it get to around 1 month before my check-in date, they sent me an e-mail saying there were not able to charge my card and they have to cancel my booking!! I e-mailed them by forwarding the earlier e-mail confirmation I had and told them that they have already charged my card. Then they reply to apologize and said my booking is confirmed. Same thing happen to the second room I have booked for my friend and I had to do the same thing TWICE!!! Luckily I lost my credit card after I booked them, otherwise, they would have already double charged to my card!!

In short, stay somewhere else.

This review is the subjective opinion of a TripAdvisor member and not of TripAdvisor LLC
Jimgrip
Banstead, United Kingdom
366
Reviewed September 24, 2019 via mobile
“The Shining”

Remember Jack Nicholson in the hotel in The Shinning , you can experience that at Pianeta. It is dated. It is clean and comfortable. Has an enormous pool. But there seemed to be few guests. I would have been disappointed if I was on vacation. However on business, someone else paying , it was fine.

This review is the subjective opinion of a TripAdvisor member and not of TripAdvisor LLC
Riekeles
1
Reviewed September 8, 2019
Worst stay ever

We spent a lot of money for our stay in the resort. It was the worst stay ever in a hotel. Reason for this was:
- no parking place available,
- a lot of noise on all days for 3pm – 10pm due to several wedding parties,
- swimming pool closed due to those parties,
- very crowded dinner room with bad service,
- very simple breakfast with insufficient replenishment and the worst coffee we ever had,
- we had to request the service staff to clean the finger nails from our carpet,
- after being locked out from our room it took us 30 minutes to get a working key card.
No surprise that we score it as low as possible and will never come back to this place.

This review is the subjective opinion of a TripAdvisor member and not of TripAdvisor LLC
Terese333
New Jersey
11479
Reviewed August 22, 2019
Time Warp

We had a nice enough experience. The pool area is beautiful, as are the sweeping views. We enjoyed the somewhat 70's vintage-looking bar, and especially the bartender's service! Breakfast was quite a nice spread, too. And the staff were extremely helpful and kind. But overall, the decor is very tired and dated. So much so, that it might be coming back in style soon! It really felt like we'd gone back in time. The rooms were definitely nothing to write home about, either. We did enjoy the shuttle to their private beach! Kind of tough to get to and from the location from the main autostrada.

This review is the subjective opinion of a TripAdvisor member and not of TripAdvisor LLC
mark c
York, United Kingdom
13672
Reviewed August 10, 2019
great break

The reception staff were really helpful. Good links to the town and beach by minibus transfers from the hotel. The hotel has a private beach and is free with a bar.
The room was clean and tidy the pool lovely, the views spectaular.
There is as much or as little to do as you like. A wonderful stay.