Booking.com
Priceline
CheapTickets
View all 14 deals
Prices are the average nightly price provided by our partners and may not include all taxes and fees. Taxes and fees that are shown are estimates only. Please see our partners for more details.
diegorL8443EX
Italy
1

It was great, the beach is so beautiful in front of the hotel. The restaurant is really good. We could relax and have fun, the animation team was nice and there was a lot of activities during the day and night.

Trip type: Travelled as a couple
See all 663 reviews
Nearby Hotels 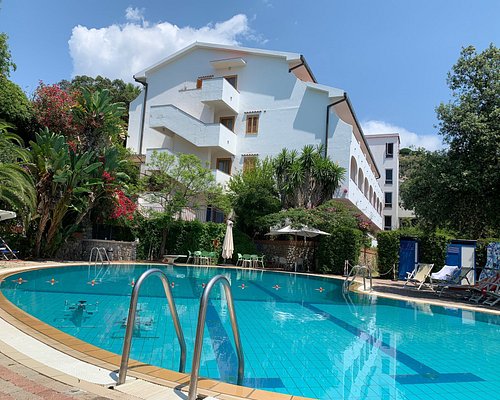 Hotels.com
View deal
Travelocity
FindHotel
US$74
Trip.com
US$108
View all 15 deals from US$74
350 reviews
1.8 km from Hotel Parco dei Principi 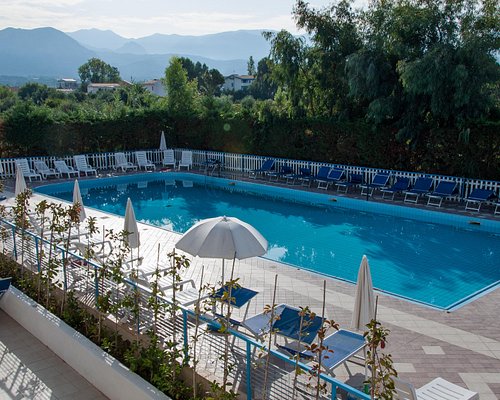 Just returned from staying at this hotel for 3 nights/4 days. We had a very nice time, room was comfortable and location was perfect for what we needed. Our room overlooked the water which was lovely. Staff was very friendly and we can easily recommend this location with no hesitation.

Room tip: Second floor room, front and center to the water - perfect view even though you can hear more traffic from that area.
Ask jandlrr81 about Hotel Parco dei Principi
Thank jandlrr81

This review is the subjective opinion of a TripAdvisor member and not of TripAdvisor LLC
Ciaojimi
Aurora, Indiana
372225
Reviewed October 12, 2017 via mobile
Great view

Coming in October is off season but that doesn't mean it's still not a good choice to make . The weather was beautiful for sitting on my balcony and watching the sunset . The room and bathroom were large . Clean and well maintained . Small refrigerator made it nice to store wine and snacks for late night on the balcony . Breakfast was really nice and more choices than I expected . I would not hesitate to stay here again . Wonderful view and loved the beaches .

This review is the subjective opinion of a TripAdvisor member and not of TripAdvisor LLC
Caterina M
1
Reviewed November 22, 2016 via mobile
Greatest time i every had at a hotel

I stayed here for a week. The best stay I had ever in a hotel. I never had such a better time in a hotel. The rooms were always clean and the employees were very friendly and hospitable. I recommend this hotel to any one vacationing with there family. We had such a wonderful time. I hope to go back soon.

This review is the subjective opinion of a TripAdvisor member and not of TripAdvisor LLC
onemanonebike
37
Reviewed August 25, 2013
Do not stay here at all.

I stayed here two nights whilst doing a charity cycle ride across Europe.
As with all places in Europe, I confirmed the price in advance and confirmed it three times and again in writing due to my poor Italian.
The hotel was old and dated, the air conditioning kept on breaking down, the fridge didnt work and it was very noisey until about 1am in the morning. I told reception about the problems with the room, but they just shrugged their shoulders. The staff were rude, indifferent and just didnt care.
The worst and scary part was when I was leaving. It was just plain criminal.
I went to pay the bill, and they told me the bill had tripled and I could not have my bike back until I paid the amount they asked for.
I argued with them for ages, but they wouldn't budge. I showed them the price that was written down and explained to them I just didnt have that type of money.
A couple of mean looking blokes appeared, forced me into a car and drove me to an ATM machine. They made me get the money out and pay them before they would let me have my bike back.
That was my budget for the whole week, but they didn't care and I was very upset.

My advice would be NEVER to go here, definately not if you are alone or your Italian isnt that good.