US$98
US$95
View deal
PricelineUS$98
eDreamsUS$98
Agoda.comUS$98
View all 8 deals
Prices are the average nightly price provided by our partners and may not include all taxes and fees. Taxes and fees that are shown are estimates only. Please see our partners for more details.
lostinthemiDAtlantic
Dublin, Ireland
10

Good value and close to town but not recommended that you walk into town at night. Clean comfortable room and typical breakfast. Looks like a place to come and enjoy the surrounding area activities but we were just passing through.

See all 210 reviews
Nearby Hotels 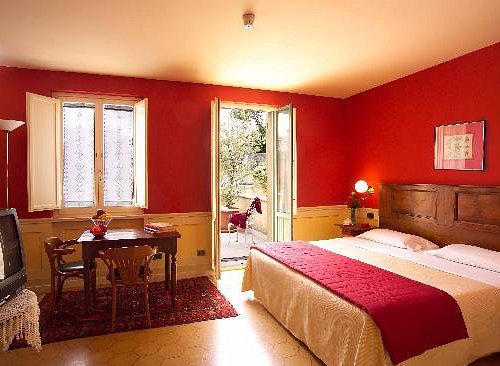 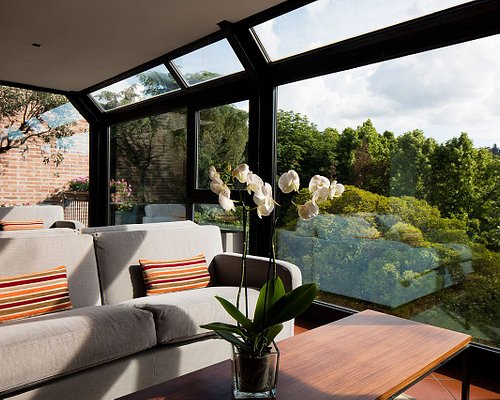 Orbitz.com
View deal
Travelocity
FindHotel
US$88
Priceline
US$92
View all 15 deals from US$88
817 reviews
8.1 km from Albergo Villa Cristina
We compared the lowest prices from 15 websites
Arca Street Art Hotel

We stayed 2 nights in Albergo Villa Cristina, the location has a great view, but is relatively far from Spoleto center, 20-25 min walk via a steep busy road, once in Spoleto, you also have to go up quiet a bit, but there is also help....you will find out!
The negative thing to mention is that the Albergo has no airco, so it gets really hot in the room which makes it difficult to have a good sleep, opening the window is not a good idea as it located at a busy road.
We had lovely breakfast outside!

This review is the subjective opinion of a TripAdvisor member and not of TripAdvisor LLC
Roderick1
East Preston, United Kingdom
5453
Reviewed June 13, 2017
A disappointing experience - facilities in need of refurbishment!

We booked 2 nights at Villa Cristina as a result of a personal recommendation from a friend who had stayed there several years ago. Although the place was clean & tidy, there is no evidence that the owner has re-invested in the property within the last few years to maintain, up-date or refurbish the facilities. We arrived early - the owner was not there. Instead we met a (non-English-speaking) cleaner, who communicated with the owner via mobile phone. Despite having specifically asked for a quiet room, we were allocated a gloomy, dingy room at the back of the house, which overlooked the busy, noisy road below (used locally as a 'rat-run'). We complained that we were not happy about this room when the owner returned; she told us we would be moved to a better room the next night. Several other (Italian) guests were eating there, so we decided to try eating at the Villa that night (rather than drive out into town) and asked for a simple pasta dish. We were served several other plates - various simple dishes (including chopped sauteed liver & onions) before we got the pasta. The food wasn't delicious, nor was it value for money. We spent an uncomfortable night (there was no air conditioning so windows had to be open, letting in the noise of traffic) BUT worse than this, the next morning, we discovered that the antiquated shower was not functioning properly (the settings couldn't be adjusted to a comfortable temperature - either scalding hot or very cold!) We complained about this, to which the owner expressed surprise and dismissed it with the reply that "...something must have gone wrong". She offered to move us into her 'best' room: a suite with a balcony, sitting area and a view over the back garden & countryside. We agreed. Breakfast was fairly basic; following that, we went out for the day. We returned to find our cases had been moved into a much larger suite, with pleasant, open views from the terrace. However, when we attempted to use the somewhat old-fashioned shower, on opening the doors, they came away from the fixture, hanging at an alarming angle! We called in a staff member, who apologised and reassured us that it wasn't us who had broken it. She would report it to the owner. Carefully negotiating the flimsy shower doors, we attempted to have a shower; temperature control was OK this time, but water from the shower-head spurted out in every direction other than where it was meant to go! All in all, a very unsatisfactory experience. We would not recommend staying at Albergo Villa Cristina.

This review is the subjective opinion of a TripAdvisor member and not of TripAdvisor LLC
Patrick757
Oxfordshire, United Kingdom
3324
Reviewed June 16, 2016
Two night stay with friends

This is a lovely small hotel,about 15/20 minute walk into spoleto so no need to drive.
Anna Maria the perfect hostess,she made you very welcome and nothing was any trouble.
We would stay here again without hesitation

This review is the subjective opinion of a TripAdvisor member and not of TripAdvisor LLC
Empanadita
Buenos Aires
9031
Reviewed November 12, 2015
Home in a Villa

This was a real find so near the old city of Spoleto. You feel the house as your own and Anna Maria makes you feel at home. She is a wonderful hostess and worries about every detail to keep you comfortable. Breakfast is wonderful, the same as the room and beautiful gardens. The place is kept in excellent condition and you get the best advice to profit from your stay.

This review is the subjective opinion of a TripAdvisor member and not of TripAdvisor LLC
Tintti53
Finland
33
Reviewed January 4, 2015
Anna Maria was a perfect hostess

During our St Francis pilgrimmage road Spoleto was one stop for us. The owner Anna Maria met us at the trainstation and drove us to the hotel a little outside the city center. The reception of us was friendly and very helpful. Anna Maria and the help in the kitchen served us a nice dinner and prepared a lunch pack for each of us for the days walk over the mountain to Ferentillo. A big thank you to the family who runs this place!