Travelocity
Booking.com
Orbitz.com
View all 12 deals
Prices are the average nightly price provided by our partners and may not include all taxes and fees. Taxes and fees that are shown are estimates only. Please see our partners for more details.
dr_nikolas_92
Vienna, Austria
95

I visited Lefkada with a friend of mine for summer holidays. I highly recommend this hotel for staying. Firstly it is at Tsoukalades village which is near the main town of Lefkada and the famous village Agios Nikitas. The room we had was very nice and new. A lady was coming everyday to clean up the room. You are able to cook in the room because there is a little oven and you can storage food at a small fridge that there is also there. The bathroom was almost brand new and we had warm water all day long. You could also put your personal stuff at a safe house in the room. Also there was a free WiFi spot. The owner of the room is very kind and will help you with anything you’d like to know about the island, for instance daily cruises or beaches that you could visit. There is a place to park your car and even sometimes the park lot is full of cars you can park outside at the road. I think that it is a perfect and a very cheap option to stay if you decide to visit this wonderful island.More 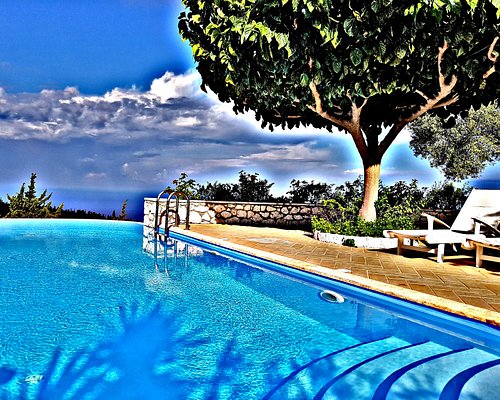 Expedia.com
View deal
Hotels.com
Lol.travel
US$274
ZenHotels.com
US$303
View all 14 deals from US$274
188 reviews
0.7 km from Pansion Filoxenia Apartments & Studios 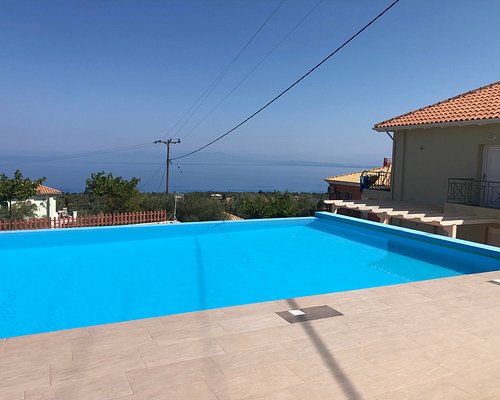 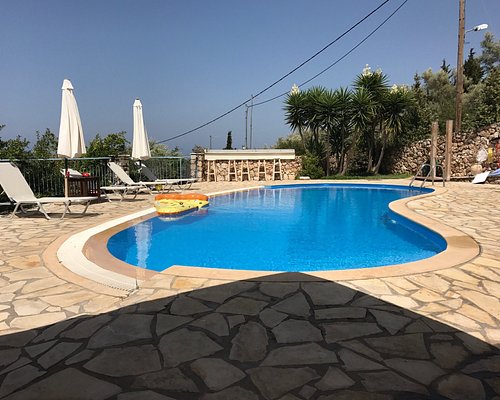 10 years ago owner Panagiotis was normal because Lefkada in that time was not famous place to go..But the attitude of this man now is really horrible.He is not that man who we introduce long time ago neither the pansion is the same.Everything what he promised he lied...The owner promised us good room..We thought because he has always smile that he is nice man but now I think that he is only man of interest and that behind that smile is not a good man..He put us in studio on ground and the promise was that we will be on the first flour..Then we did not get balcony ,we were like in prison (something like piece of yard and the family near us was also verry unhappy with this because they have the same experience-NEVER AGAIN) and in our part was something for electricity or aircondition that was so loud that you could not sleep nor in the evening nor in the night..We never had experience like this in our lifes..And we have 50 and 40 years..Also it was verry dirty especially that yard, and pilows and beds were awful and smells verry bad..He promised us totally oposite but our mistake was that we gave him money first and then saw all of this..So take advice,do not believe in his smile,first look what he offer and then give him money..The worst experience in our lifes..Like I told,NEVER AGAIN we will go in that house

This review is the subjective opinion of a TripAdvisor member and not of TripAdvisor LLC
TatiPatti
Nafplio, Greece
8242
Reviewed July 21, 2017 via mobile
Disappointed

Unfortunately that was the first time in my life that I had to move out from a hotel after the first day and look for another accommodation. The owner, mr. Panagiotis, was polite and helpful from the moment we arrived. He also offered us six big bottles of water, because tap water is not drinkable. Nevertheless our rooms were NOT like in the pictures in the site, with double and single beds, nice decorations and nets over the beds for the mosquitoes. We booked two rooms (one with a double bed and one with 2 single beds for the kids) for 6 nights. Mr. Panagiotis took us in the 3rd floor (with no elevator to carry the luggages) in rooms 20 and 21. The rooms were like an attic and they had a door that connected them. They were extremely hot being on the top floor and all, and very small. Both rooms had double beds and when I asked why he said "I work mostly with couples and I don't need single beds". The mattresses and pillows were definitely not anatomic and the sleep quality (at least for us) was extremely poor. Even though there was air conditioning, the air was coming straight to bed and we felt very cold. We tried to increase the temperature or switch it on and off, we even moved the bed away from the air condition, but to no avail; nothing worked and we spent most of the night either sweating or freezing. The kitchenette was not properly equipped and to my surprise, there was no trash bin. When I asked Mr. Panagiotis about it he said there are no trash bins in the rooms, just simple trash bags because bins collect dirt and bacteria (in both our rooms we didn't have trash bags either, I had to ask for them). To all fairness, he suggested that we switch rooms and put us in the first floor, but the top rooms "were the best" and he wanted us to feel good, so we thought to give it a try. As I described above, our night was horrible so the next morning, we decided to leave and look for another place. The conversation with mr. Panagiotis about leaving earlier went as smoothly as possible and he didn't ask for any other refund for the remaining days. We had paid only one night as a deposit and that was it. It was a very unpleasant experience, but luckily we managed to find another place to stay.

This review is the subjective opinion of a TripAdvisor member and not of TripAdvisor LLC
265ehudb
133
Reviewed August 14, 2016 via mobile
Clean and simple

Clean and simple rooms. Suitable for teenagers more than for families. The owner is very nice and gave us free mineral water and breakfast, although not in the deal, and gave us a lot of information and tips regarding the area and its beaches, all were valuable.

This review is the subjective opinion of a TripAdvisor member and not of TripAdvisor LLC
Brady X
Island of Malta, Malta
2
Reviewed August 9, 2016 via mobile
Clean Rooms

Very clean rooms......Friendly and helpful staff......Parking is the least of worries because 2 parkings are available. Nearby cafes, tavernas and market to buy your daily needs. Worth the money and would visit again if visiting Lefkada.

This review is the subjective opinion of a TripAdvisor member and not of TripAdvisor LLC
PeterK8073
11
Reviewed July 2, 2016 via mobile
Greece holiday

Well, all i can say is what we excepted we get. Rooms were ok, cleaned every day, towels changed every second day, laundry available on request, parking in front of Pansion limited but there is private carpark belongs to Pansion near by, 70 metres maybe, so no problem at all. Owner Pedro is great friendly guy, funny as well, helpfull. We really enjoyed our stay here.