“Very comfortable and very spacious, but...”
cHJkXzVfSHJD
other travellers have booked this property 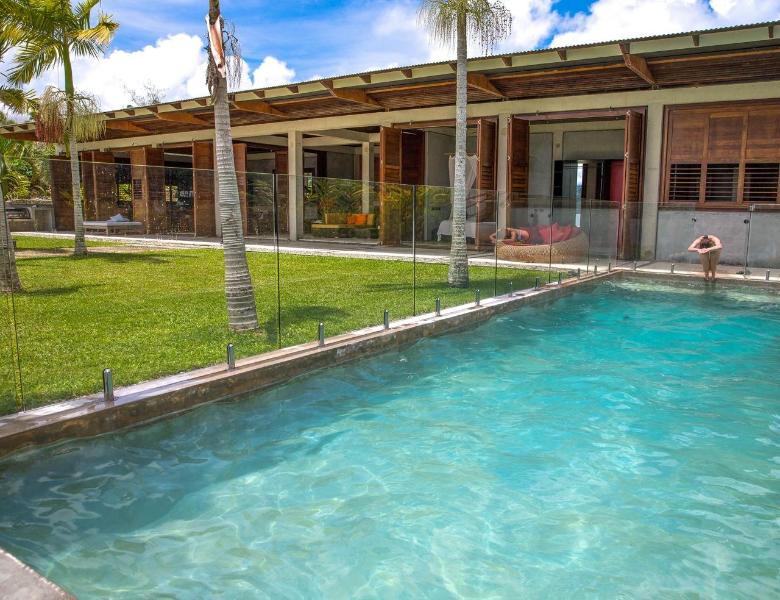 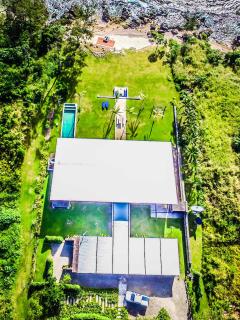 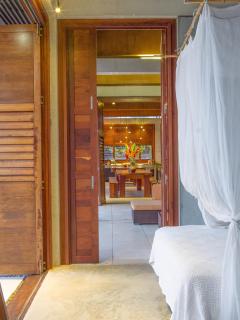 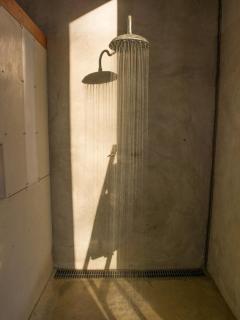 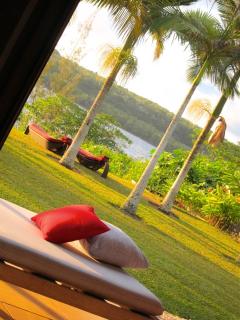 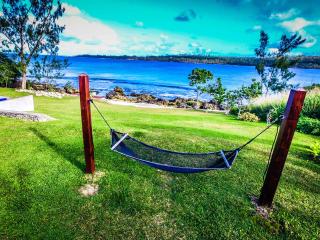 Excellent - based on 53 reviews
Write a Review

15 helpful votes
“Very comfortable and very spacious, but...”
Reviewed September 18, 2012 for a stay in September 2012
1
person found this review helpful

I'm not altogether convinced that the term "luxurious" is appropriate to categorise this property, albeit the house is very large and very comfortable. But I sense that the Gallery photos were taken when the house was rather new, because it seems to have lost some of the lustre depicted in the shots provided on the website.

The design of the house is interesting, and I'm sure that it does "create breezeways" that help to cool the house in hotter months.

That said, the "breezeways" include the absence of a ceiling in the main bathroom (which seems rather odd). My wife was stricken with food poisoning half way into our holiday, the audible consequences of which were broadcast to the upper landing of the house for the best part of two days and nights. And whilst on the subject of "noise", it's worth noting that the wall dividing the two separate bedrooms on the upper landing is made of 12 mm plywood, and provides no sound proofing at all.

There are no doors on the two secondary bathrooms / toilets. It would be easy to install doors which would afford guests more privacy - particularly in view of the lack of any effective sound proofing, and the tendency of the maid (who was very sweet and helpful) to make sudden appearances when you were least expecting her.

There were problems with the lighting during our stay. Half the lights in the living room were not working. The owner responded very promptly when we brought this to his attention, and called in a team of electricians who worked there for most of the day. They installed a new fluorescent light in the lounge but, in the process, disconnected the remaining lights and fan, with the result that we had even less light than before. It was not possible to read a book in the living room after 5.30 pm.

The upper landing of the house has no lights at all. It gets very dark at night unless you leave the lights on in the bedrooms which we were reluctant to do because of the insects. The absence of light at the point where the upper landing passage meets the stairwell is, in our opinion, very dangerous. A person (particularly a small child) could very easily trip on the uneven floor surface and be pitched head-first down the concrete stairs. This is an accident waiting to happen, and I would strongly urge the owner to either light the stairs, install a guard rail or both. Bring a torch with you!! You'll be very pleased you did.

The beds and chairs in the lounge are very comfortable and the showers, though somewhat rudimentary in appearance, are fantastic! The bath looks a bit like a cattle trough in urgent need of some paint or some tiles, but it's huge and it's a great place for the kids to splash around in when they tire of the pool.

The garden (and pool) is even better than it looks in the pictures. The beach seems closer and the sound of the waves breaking on the shore will lull you to sleep (or drive you mental) - depending on your particular bent. We loved it.

The kitchen has everything you need except for a dishwashing machine and microwave oven. There are two Miele ovens, a six burner gas hob and lots of bench space. The outside BBQ is a good quality unit and very substantial. A few new, non-stick pans would come in handy, and be warned: the toasted sandwich maker should be avoided at all costs! Actually, I think it might be time for the owners to have a look at replacing some of the cooking utensils.

The house itself is quite secluded. It may only be a twenty minute drive into Port Villa, but I wouldn't call it an "easy" drive unless you are accustomed to driving in these regions. One cannot easily 'pop down to the shops for some milk', but then again this might be considered part of the property's charm.

The house has Wireless internet which is free to use. The wireless signal is very strong, but the internet connection is extremely slow (think dial-up or slower).

My advice: a four wheel drive is not essential, but is probably a better choice than an ordinary sedan. Bring a torch, plenty of insect repellent and Reef Shoes (many of the beaches are not comprised of soft white sand, but of volcanic stones and dead coral. They are not easy to walk on in bare feet!

We had a great meal at Eretap Beach Resort. Good food and great atmosphere at night, but avoid the Thai Fish Curry!!!

Date of stay: September 2012
Liked best: Garden, Pool, Beach, Beds,
Liked least: Lighting, Absence of sound proofing, Some cooking utensils, mozzies
Travelling group: Extended Family
Would you recommend this hotel to a friend?   Yes.
Was this review helpful? Yes
This review is the subjective opinion of a TripAdvisor member and not of TripAdvisor LLC
Hi Nicky, thanks so much for your review. Im the new owner of The Reef House and its great you had a wonderful time.You will be glad to know we have carried out an extensive upgrade of the property over the last two months since your stay in September and when I purchased it at the end of that month. I agree it was in need of a spruce and no expense has being spared. We have added a large sunken den by the beach to enjoy the sunsets, a huge double person outdoor bath off the master bedroom. New modern LED lighting is installed throughout the entire house including the grounds. The rear bedrooms have been insect screened, bathrooms have had doors installed ( Im with you you on that one never could figure out what they were thinking here:). I commissioned lots of custom built furniture including a new solid timber 4 meter long dining table. All new kitchenware including espresso machine, microwave, cutlery, plates etc. Final touch was putting a frameless glass fence around the pool to make it a little safer for those with little ones. So in summary Im pretty confident it looks even better than the photos and Im having new photos done in the next month. Ill make sure to send some to you and hopefully we will see you back again in the future. All the best and thanks again. Glen
This response is the subjective opinion of the management representative and not of TripAdvisor LLC
Problem with this review? Thank you. We appreciate your input.

AUckland
Reviewed July 18, 2012 for a stay in July 2012
Date of stay: July 2012
Would I recommend this holiday rental to my best friend?
Recommended for:
Was this review helpful? Yes
This review is the subjective opinion of an individual traveller and not of TripAdvisor LLC nor of its partners.
Problem with this review? Thank you. We appreciate your input.

Auckland
Reviewed August 31, 2011 for a stay in August 2011
2
people found this review helpful
Date of stay: August 2011
Travelling group: Family with young children
Would I recommend this holiday rental to my best friend?
Was this review helpful? Yes
This review is the subjective opinion of an individual traveller and not of TripAdvisor LLC nor of its partners.
Problem with this review? Thank you. We appreciate your input.

auckland New Zealand
Reviewed August 8, 2011 for a stay in August 2011
4
people found this review helpful
Date of stay: August 2011
Travelling group: Family with young children
Your age range 35-44
Would I recommend this holiday rental to my best friend?
Was this review helpful? Yes
This review is the subjective opinion of an individual traveller and not of TripAdvisor LLC nor of its partners.
Problem with this review? Thank you. We appreciate your input.
Previous Next
1 … 5 6 7 8
Updating list...
Do you own a vacation rental? List it here.

Looking for a place to stay in Port Vila?
View all 27 vacation rentals