US$62
US$42
View deal
SAVE US$20
Free cancellation until 21-06-25
Expedia.comUS$55
ZenHotels.com
CheapTicketsUS$55
View all 12 deals
Prices are the average nightly price provided by our partners and may not include all taxes and fees. Taxes and fees that are shown are estimates only. Please see our partners for more details.
thitsuji27
Sakata, Japan
1

location for shopping is hard to beat in sendai

faces to "ichibancho-street",famous as best shopping spot in northeastern japan.
very close to ”mitsukoshi”,also to ”fujisaki” through only one signal stop.
room is not gorgeous, not large, but ok for sleep.
staff were helpful.
though i booked a small twin room, we could stay in a standard twin room without extra fee.
breakfast buffet was good(i only chose japanese food),not expensive.especially i liked "zunda-mochi(rice cake with sweet green bean paste )"
there are many places to eat nearby,mcdonald's is a choice for cheaper breakfast.

See all 94 reviews
Nearby Hotels 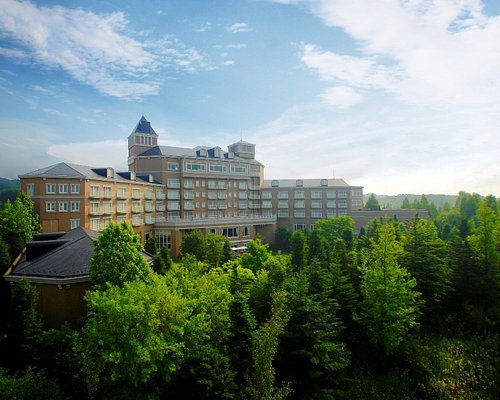 Sendai Washington Hotel
US$70
Booking.com
View deal
Free cancellation
Hotels.com
US$60
Expedia.com
US$49
Trip.com
US$69
View all 14 deals from US$49
251 reviews
1.1 km from Smile Hotel Sendai Kokubucho
We compared the lowest prices from 14 websites
Mitsui Garden Hotel Sendai
US$61

eDreams
View deal
Hotels.com
US$62
Priceline
US$55
Booking.com
US$68
View all 15 deals from US$55
45 reviews
10.5 km from Smile Hotel Sendai Kokubucho
We compared the lowest prices from 15 websites
Hotel Grand Terrace Sendai Kokubun-cho
US$39
US$31

I stayed here for one night in Sendai. There were some communication problems with the staff in the reception due to the English-Japanese differences, as common in Japan..., but this was a bother to overcome. The single room was compact, that is to say small, but functional, clean and comfortable. There was some "business corner" in the hotel, including two computers with good internet connection and a printer, all free to use by guests of the hotel. Some say breakfast here is a good deal, but I did not try it, so I can't tell. This is more of a western-style hotel, some change of the Japanese-styles places, which some may like and some may not. It is located in the center of Sendai, about 20 minutes walk from the railway station. All in all, considering the reasonable price, I would say it does the job, but don't excpect some unique experience, only a functional place to stay.

This review is the subjective opinion of a TripAdvisor member and not of TripAdvisor LLC
GeneralManagerTokyo
Kuala Lumpur, Malaysia
5540
Reviewed May 14, 2012
Good clean basic business hotel

This review is the subjective opinion of a TripAdvisor member and not of TripAdvisor LLC
stellastarstruck
Tsuruoka, Japan
4869
Reviewed January 5, 2012
Business Hotel with Good Breakfasts in Sendai

My husband and I stayed at Smile Hotel Sendai Kokubuncho over the New Year break. We had never stayed there before and didn't really know what to expect.

We had a double room which was a little cramped for two people as are most business hotel doubles, but the bed was queen sized, so that was good. There was a humidifier in the room which was a lovely bonus. The air conditioning worked a little too well and I had to keep turning it off or risk overheating.

The room was generally well cleaned, with the exception of a couple of cobwebs on the ceiling. The toilet was very noisy at first. It was a little like the tank at the back was empty and it had to be filled. It really was loud, it sounded like there was air in the pipes or something.

We had breakfast at the hotel both mornings and it was very nice. There was a good assortment of western and Japanese food and it was replenished fairly often. The waitress seemed to be by herself and was kept very busy. The breakfast is cheaper if you order it in advance, so keep that in mind.

On the ground level of the hotel's building there is a convenience store, and the location of the hotel is near the Ichibancho shopping district. It is only a few minutes walk to the station. It is a bit far if you are carrying a suitcase, but not too bad if you are out exploring.