CheapTicketsUS$71
TravelocityUS$71
Trip.comUS$90
Prices are the average nightly price provided by our partners and may not include all taxes and fees. Taxes and fees that are shown are estimates only. Please see our partners for more details.
NinjaDoll
Honolulu, Hawaii
134

Sendai Sunplaza was my only hotel option while on my trip late last year, as the town was sold out for a popular music group's concert...which is why I was there myself. It's a few blocks from the train station so take a taxi, but it's a very short trip.

I arrived late and they put up with my sketchy Japanese as I asked about coffee service and all that on check-in. Very friendly staff, they speak English but it can be sketchy. too.

There's a 7-Eleven across the street (yay!), and the rooms are neat and clean. My single room was on the small side but nice, and I had a view of the northern mountains above the buildings, from a high floor. The next time I'm in Sendai I would stay here again; it's quite pleasant.

The only thing I'd suggest is that you keep your patience cap on if they happen to have an event in their hall. It can get quite crowded from the main street to the elevators.More

Show less
Room tip: It's a small hotel, try to get a room on 10th or 11th floor.
See all 30 reviews
Nearby Hotels 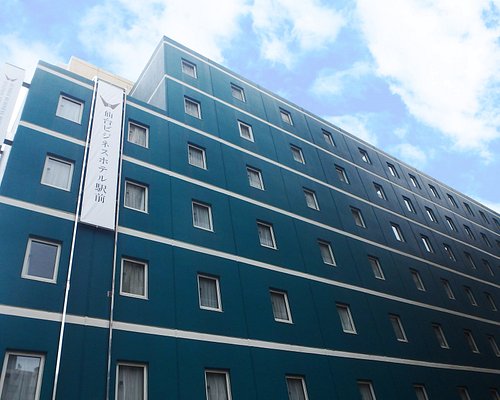 Expedia.com
View deal
Hotels.com
FindHotel
US$23
Trip.com
US$32
View all 14 deals from US$23
197 reviews
1.3 km from Sendai Sunplaza
We compared the lowest prices from 14 websites 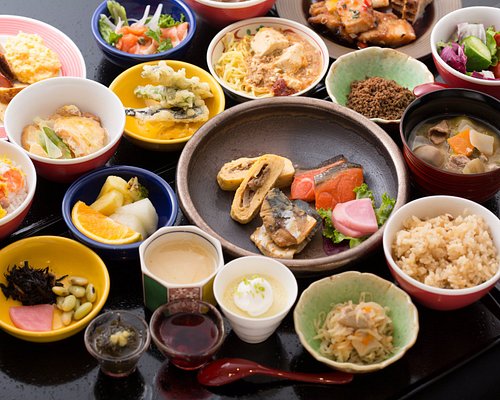 Expedia.com
View deal
Orbitz.com
FindHotel
US$42
eDreams
US$63
View all 17 deals from US$42
77 reviews
1.6 km from Sendai Sunplaza
We compared the lowest prices from 17 websites
Sendai Royal Park Hotel

Expedia.com
View deal
Hotels.com
FindHotel
US$59
eDreams
US$66
View all 13 deals from US$59
266 reviews
1.5 km from Sendai Sunplaza
We compared the lowest prices from 13 websites
Dormy Inn Express Sendai Seaside

Expedia.com
View deal
Travelocity
FindHotel
US$42
eDreams
US$63
View all 15 deals from US$42
45 reviews
8.5 km from Sendai Sunplaza
We compared the lowest prices from 15 websites
Sponsored
Sendai Royal Park Hotel
US$89

Hotels.com
View deal
Orbitz.com
Agoda.com
US$91
Prestigia.com
US$191
View all 15 deals from US$91
160 reviews
0.9 km from Sendai Sunplaza
We compared the lowest prices from 15 websites
Hotel Monterey Sendai

Expedia.com
View deal
Hotels.com
FindHotel
US$44
ZenHotels.com
US$144
View all 14 deals from US$44
593 reviews
1.2 km from Sendai Sunplaza

Expedia.com
View deal
Hotels.com
FindHotel
US$38
eDreams
US$59
View all 14 deals from US$38
343 reviews
0.8 km from Sendai Sunplaza
We compared the lowest prices from 14 websites
Mitsui Garden Hotel Sendai

I recently had a wonderful stay at the Sendai Sun Plaza Hotel <--->. It is about 7 or so blocks west of the Sendai Rail station in Miyagino-ku right by the Tsutsujigaoka of the city's subway station (one stop from Sendai station) or about a 10-minute walk.

I cant say much about Sendai. Basically the most I did was take a prolonged walk in its shopping arcade on the other side of the rail station, visit its largest electronics store (adjacent to the west side of the rail station), suck down a few coffees on Miyagino street, and check out the city's (premier?) Indian restaraunt. (We'd been eating the native fare all week and wanted a change of venue.) But needless to say, despite the heat and rain of late July 2006, I found access to the rest of the city rather convenient.

The hotel provides two types of rooms: "traditional Japanese," which I gather means a tatami room with futons, and what I gather must be considered western style--conventional beds (no double beds, at best two twins) albeit with Japanese pillows--i.e., filled with buckwheat hulls rather than down or polyester fill. My son and I slept well. But I'm not sure how romantic couples might take to the arrangement.

As a Dutch colleague put it, service and retail facilities in Japan tend to provide "overservice." That is, there is always someone ready to help you. Sendai Sun Plaza was no exception, and most of the desk staff during our conference could speak and understand English rather well. The hotel has a single restaurant called "Sunpaste," which was adequate but rather expensive for breakfast and closed a bit early (9 PM) for conference goers who like to share conversation over alcohol or coffee. Hence, I recommend that you bone up on local restaurants before you arrive. That said, a sushi restaurant just two doors west stayed open an hour later and offered both sake and beer. Also adjacent and just to the north of the west side of the rail station a building houses four floors of restaurants. Hence, it is difficult to complain much on this count.

The hotel has a fitness club and pool. Both are rather expensive for the occasional visitor (about 1,000 Yen per day). But the banquet and conference facilities are large, and the food that was catered was more than ample and quite tasty!

The bottom line, the Sendai Sunplaza was a great venue for a conference. It could well also serve as a great base from which to tour Sendai and the rest of Tohoku. Not taking advantage of this option I simply cannot say for sure.