US$127
View deal
Free cancellation until 21-05-16
FindHotelUS$127
Hotels.comUS$127
Agoda.comUS$127
View all 15 deals
Prices are the average nightly price provided by our partners and may not include all taxes and fees. Taxes and fees that are shown are estimates only. Please see our partners for more details.
amandagP3652WA
144

We stayed here because we had no power or water during the snowpocolpyse in Texas. We lucked out and found a room at this great hotel. The staff was so accommodating and kind. We forgot toothpaste and some other small things that they were able to provide. I know the staff had their own families to take care of but they never once acted like we were any trouble and did everything with a smile on their face.

See all 414 reviews
Nearby Hotels 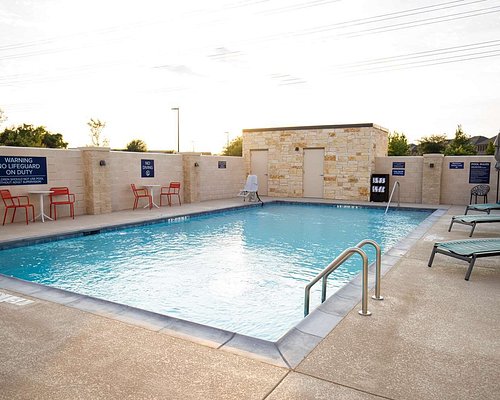 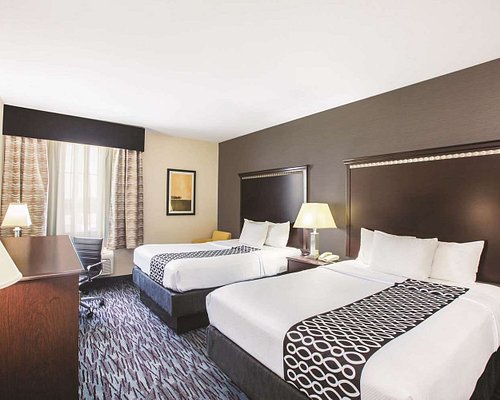 Breakfast included
La Quinta Inn & Suites by Wyndham Allen at the Village
US$90
US$86
Booking.com
View deal
Reserve now, pay at stay
FindHotel
US$86
Wyndham
US$86
Hurb
US$90
View all 15 deals from US$86
447 reviews
1.8 km from Courtyard by Marriott Dallas Allen at Allen Event Center
We compared the lowest prices from 15 websites
Delta Hotels by Marriott Dallas Allen
US$149

Taking safety measures
We compared the lowest prices from 16 websites
Hilton Garden Inn Dallas/Allen
US$105
US$98
Booking.com
View deal
Free cancellation
Tripadvisor
US$98
Hotels.com
ZenHotels.com
US$105
View all 17 deals from US$98
624 reviews
4.6 km from Courtyard by Marriott Dallas Allen at Allen Event Center

FindHotel
View deal
HIExpress.com
US$89
Hotels.com
US$80
Priceline
View all 14 deals from US$80
176 reviews
3.4 km from Courtyard by Marriott Dallas Allen at Allen Event Center

Great stay! I really liked the fact that the bistro was open for breakfast and in the evening. Love the location of this hotel - can walk anywhere!

We were able to get put in a room with a balcony which was very nice. Loved that added feature. Great staff!

This review is the subjective opinion of a TripAdvisor member and not of TripAdvisor LLC
Baseballmom0102
Fort Worth, Texas
91
Reviewed June 27, 2020
We stay here every time we come to town

We play baseball once a summer in McKinney and we always stay here. Such a nice hotel. Very clean. Comfy bed. The bartender was super nice. We hung out in the evening in the courtyard. Easy check in and out. A lot of restaurants within walking distance. Great hotel

Baseballmom0102, what terrific feedback. We appreciate you being one of our loyal guests. Thank you for making us your home away from home. I know how much travel is involved in baseball. It is so important to have a nice place to stay. We look forward to seeing you again soon!

Report response as inappropriateThank you. We appreciate your input.
This response is the subjective opinion of the management representative and not of TripAdvisor LLC
keidra01
Bossier City, Louisiana
10971
Reviewed June 16, 2020 via mobile
Good for overnight stay

We booked this hotel the day of arrival so very last minute. Rooms were spacious and clean. Reasonable prices. Shower water pressure could have been better and liners need replaced
Front desk personnel was as sweet as she can be. I forgot her name but it was 6/14 if that helps identify her. Also free parking. Lots of food places to choose from.

Keidra01, thank you for your review. We are thrilled you enjoyed your stay! Thank you for being our guest. We really appreciate your kudos to our team member at the front desk. We will make sure she is recognized. Please be our guest again soon!

Report response as inappropriateThank you. We appreciate your input.
This response is the subjective opinion of the management representative and not of TripAdvisor LLC
skortMissouri
missouri
1010
Reviewed June 15, 2020
Manager refuses to call me back

I stayed at this location in May using points. Two days after I checked out I realized I had $150 charge on my credit card from them. I called and was told the manager would have to call me back. He didn't call. I called again, I was told it was a charge for damages. I stained the carpet. I assured her I did not stain the carpet. She said the manager would call me back. He didn't call back. I then called again and the same lady answered the phone. I asked to talk to the manager. She replied she was the manager. I replied that when I talked to her earlier she wasn't the manager and the manager would call me back. She then stated he was in a meeting and would call me back. Almost a month later I am still waiting for a call back. I guess with the Corona times are hard and they are trying to make a buck where they can. I have also called corporate to complain with no resolution. I am a vacation club owner and have been for 10 years and loyal a customer. Very disappointed in their customer service and lack of concern. I will not stay at that location again, nor would I recommend it.

Skortmissouri, thank you for your feedback. Please contact the hotel directly to further discuss your stay. Thank you.

Report response as inappropriateThank you. We appreciate your input.
This response is the subjective opinion of the management representative and not of TripAdvisor LLC
Luis F
Fort Worth, Texas
82
Reviewed March 10, 2020
Great hotel, parking not so much

The hotel and staff are great. Very accommodating and just a nice quiet stay. The parking unfortunately is not great. There’s an event center right across the street and the hotel has limited parking so we had to park across the street at the parking garage on the very top floor.

Thank you for taking the time to share your review. We are sorry for any inconvenience you experienced with parking. We hope you will return to stay with us again soon.

Report response as inappropriateThank you. We appreciate your input.
This response is the subjective opinion of the management representative and not of TripAdvisor LLC
View more reviews
PreviousNext
12…69