Good and right place for shopping... 😀 - Review of Kempton Hotel

US$54
US$46
View deal
Free cancellation until 21-08-05
Hotels.comUS$46
PricelineUS$54
TravelocityUS$46
View all 12 deals
Prices are the average nightly price provided by our partners and may not include all taxes and fees. Taxes and fees that are shown are estimates only. Please see our partners for more details.
monojkh
Tangail, Bangladesh
1

Good and right place for shopping... 😀

Trip type: Travelled with friends
See all 207 reviews
Nearby Hotels 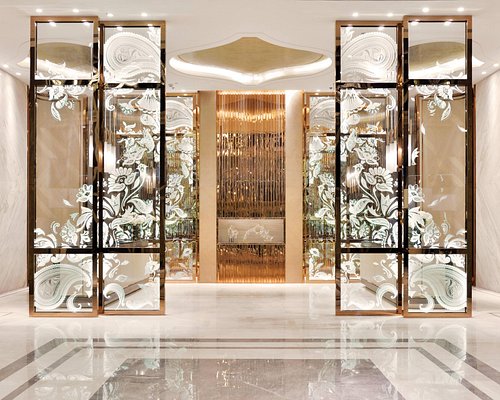 Hotels.com
View deal
Travelocity
FindHotel
US$61
Expedia.com
US$68
View all 14 deals from US$61
760 reviews
1.2 km from Kempton Hotel

Kempton is a new hotel in Marquis street. There is no such hotel nearby so it is very popular among Bangladeshis. I have stayed quite a number of time in this hotel... but it is very difficult to get rooms at weekend or holiday season. Moreover they are charging for the kids in recent days. I sometimes feel the hotel is overrated!
I like the Imperial room which quite spacious and the breakfast is also good

This review is the subjective opinion of a TripAdvisor member and not of TripAdvisor LLC
405ms
Hamilton, Canada
2750
Reviewed May 6, 2019 via mobile
Very hospitable

Stayed here for 5 nights while volunteering with mission of charity. Staff incredibly friendly and helpful. Food in the Lotus restaurant was super delicious and cheap. Ate every meal there! Rooms basic and a little dated but location, free wifi, restaurant, value and friendly staff make up for that! Thanks for a great experience!

This review is the subjective opinion of a TripAdvisor member and not of TripAdvisor LLC
sajeedalam
Dhaka City, Bangladesh
1611
Reviewed May 3, 2019 via mobile
Great room, affordable and pleasant

Kempton offered the best value stay experience for the following reasons:
1. Rooms - nice and very clean
2. Prices - affordable and value for money
3. Restaurant - the food is incredible and the Indian kebabs are a must try
4. Staff - always friendly and helpful. Even arranged for Uber and transport pick ups
5. Location - it is at Marquis Street which is within reach of New Market and Park Street, ideal shopping hubs in Kolkata.

Would recommend for sure if you’re looking for a value-for-money and comfortable stay at Kolkata.

This review is the subjective opinion of a TripAdvisor member and not of TripAdvisor LLC
Shihab A
Dhaka City, Bangladesh
4023
Reviewed April 4, 2019 via mobile
Very small room

Stayed there for 5 nights. Checked in around 9 pm, ager checked into the room, i was surprised as the room was very small. I stayed in the executive room, deluxe and standard rooms are smaller than this room as the hotel staffs said. The room looked big in the internet but in reality not the same. One thing about kolkata city center hotels, the buildings ater old, as a result, the rooms lok very tired so I decided to stay in a comparatively new hotel so I decided to stay here. Room and furniture doesnt look old but rooms should have been a little bigger. A lot of known people said to me, other hotels are cheaper and got big rooms. Another problem was, the pillows. Pillows are old and they are semi flat. Souls be changed.
The location was nice. Near to new market, but not five minutes by walk as they say, u have to walk at least 15 minutes to get there. But recommendable if u don't like tired hotels of kolkata, stay here.

This review is the subjective opinion of a TripAdvisor member and not of TripAdvisor LLC
TasiraS
Oslo, Norway
14452
Reviewed March 11, 2019
Clean, Comfortable, Right Priced

I must say that this place exceeded my expectation. We arrived very late, but still got excellent service at the dead of the night. Rest of the stay was good too. I guess I will be back to this place if I stay in that area of Kolkata again.
The restaurant was really really good for Kebabs and Bangali food. Enjoyed the meals thoroughly.