Ok Stay at Great Location - Review of The Admiral, a Wyndham Hotel

The Admiral, a Wyndham Hotel

The Admiral, a Wyndham Hotel
Lowest prices for your stay

US$149
View deal
Free cancellation until 21-05-29
TravelocityUS$149
Orbitz.comUS$149
CheapTicketsUS$149
View all 19 deals
Prices are the average nightly price provided by our partners and may not include all taxes and fees. Taxes and fees that are shown are estimates only. Please see our partners for more details.
CharlieV2011
Chicago, Illinois
447224

Review of The Admiral, a Wyndham Hotel
Reviewed March 26, 2021 via mobile

I stayed at this hotel for 4 nights and the stay was ok. Upon arrival, I was given a room that was not prepared for a guest, the bed had no sheets or blankets, but the front desk handled the situation professionally and quickly reassigned me another room. The room came with a Keurig, satellite tv, refrigerator, soaps, and shampoo. The free breakfast was a nice addition as well. As it relates to parking, when I checked in, the staff at the front desk provided information on parking. I parked at the parking garage next to the hotel for $10.25 per 24 hour period. Although this parking garage is not affiliated with the hotel, it was safe and convenient. Overall, the stay was ok. The only complaint is that the doors slam when they close and I was woken up a few times by this. More

Thank you for your 4-star review of The Admiral Hotel. I apologize for the issues with being given an unfinished room, but I am glad our staff was able to address that promptly. We do offer parking at the lot across the street for $10 a night, and we do recommend guests against using the parking garage. Thank you again for taking the time to share your experience.

Report response as inappropriateThank you. We appreciate your input.
This response is the subjective opinion of the management representative and not of TripAdvisor LLC
See all 1,045 reviews
Nearby Hotels 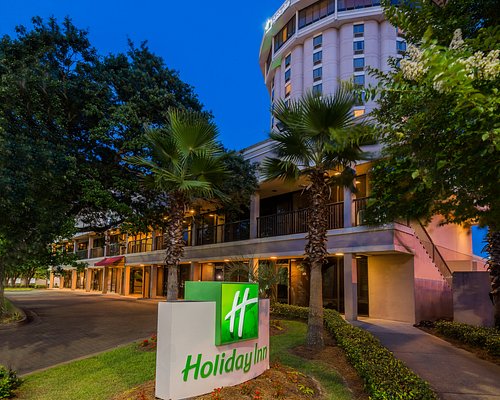 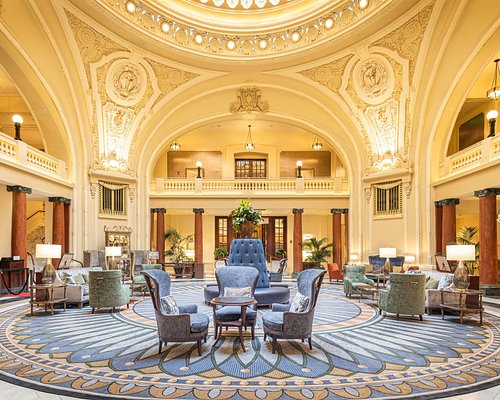 Taking safety measures
We compared the lowest prices from 20 websites 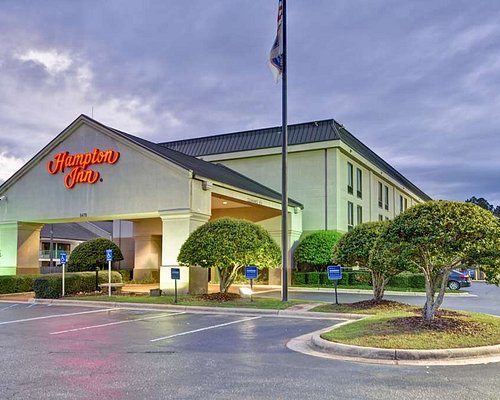 Top Rated
Breakfast included
Hampton Inn Mobile I-10/Bellingrath Gardens
US$144
US$98
Booking.com
View deal
Free cancellation
Hampton.com
US$98
Priceline
US$98
StayForLong
US$144
View all 19 deals from US$98
498 reviews
17.1 km from The Admiral, a Wyndham Hotel

Taking safety measures
We compared the lowest prices from 19 websites
Renaissance Mobile Riverview Plaza Hotel
US$179
US$152
Booking.com
View deal
Reserve now, pay at stay
Renaissance Hotels
US$152
Priceline
US$152
Hurb
US$179
View all 20 deals from US$152
640 reviews
0.4 km from The Admiral, a Wyndham Hotel

Taking safety measures
We compared the lowest prices from 20 websites
Malaga Inn
US$227
Booking.com
View deal
Reserve now, pay at stay
Expedia.com
US$227
FindHotel
US$227
Priceline
US$227
View all 18 deals from US$227
753 reviews
0.2 km from The Admiral, a Wyndham Hotel

Quality
View deal
Tripadvisor
US$63
Travelocity
Expedia.com
US$74
View all 17 deals from US$63
235 reviews
8.2 km from The Admiral, a Wyndham Hotel
We compared the lowest prices from 17 websites
Sponsored
Holiday Inn Mobile West I-10
US$142

We stay at Hilton chains very frequently and this is by far our worst experience.
1. We were not given water at check-in which is one of the benefits of being a Diamond member.
2. The pillows are extremely lumpy and aren’t even the size of the pillow cases they put on them.
3. The window seals were covered in mold.
4. Only 2 sets of towels in the bathroom and no hand towels.
5. The shower did not drain.
6. Coffee maker did not work.
7. They have touched up walls and doors with mismatching paint and it’s very noticeable.
8. I tried messaging the hotel using the app multiple times and no one responded.

10. I double checked my bill and was charged for valet parking that we obviously did not use since we were fined for parking in the wrong spot. I called to get it fixed and apparently the hotel system is down. Again!

Review collected in partnership with Curio – A Collection by Hilton
This business uses tools provided by Tripadvisor (or one of its official Review Collection Partners) to encourage and collect guest reviews, including this one.
Ask jilliansterling89 about The Admiral, a Wyndham Hotel
Thank jilliansterling89

This review is the subjective opinion of a TripAdvisor member and not of TripAdvisor LLC
nh420
Tupelo, Mississippi
53
Reviewed March 22, 2021 via mobile
Terrible accommodations and terrible customer service

We stayed here in rooms blocked off for a wedding. Any time we called ahead of the reservation with questions we were rushed off the phone without any helpful information or an answer to our question. When we got there no one welcomed us or offered any assistance. As we exited the elevator to out floor, it wreaked of weed and cigarette smoke along with cleaning supplies smell... not a good combination. The bridal party was getting ready and ordered coffee to be delivered to our room well in advance to the weekend we stayed. However, the front desk made it very clear that that was an inconvenience for them and that we would have to come get it ourselves and that it would be ready after the time frame we had requested it to be ready. You would think blocking off 40 rooms and filling them all would have gotten you some type of respect or normal curtesy, but not at this hotel. I would not recommend. Which is very unfortunate because it does have great potential. But the front desk staff is horrible and not helpful.

This review is the subjective opinion of a TripAdvisor member and not of TripAdvisor LLC
Jwillsurvive05
1
Reviewed March 19, 2021 via mobile
Best hospitality team

The team was entirely nice from check in to check out. They were quick to respond and aid. I want to particularly shout out Adam Metzger the valet attendant. We were having issues with our car and he went above and beyond to help us!!!

Thank you for taking the time to share your experience, we are thrilled with our team, and happy to see them recognized.

Report response as inappropriateThank you. We appreciate your input.
This response is the subjective opinion of the management representative and not of TripAdvisor LLC
jabs105
Hendersonville, Tennessee
42
Reviewed March 16, 2021
Reefer Room

Reefer room - that is what I nicknamed our room! Because reefer, weed, marijuana, whatever you like to call it, is what this room smelled like when we entered it. Actually, you could smell it as soon as we got off the elevator and walked down the hallway! Maybe the people before us had a good party before we got there!? Who knows. Yes, we could have changed rooms, but we didn't because the longer we were in there the less we smelled it. Well, at least until we left and came back. In fact, I pretty much smelled it all night because the thermostat would never cut off, no matter how many times you turned the temperature up, so it blew air on me all night. At one point I even thought maybe someone hid weed in the air vent because the more the air blew on me, the more I could smell it!! I think the smell was finally out of the air by morning when we were due to leave.
Despite the smell, the room was pretty clean except for the disgusting phone. Glad I don't have a need to use hotel phones much! Also, it didn't even have a menu on it so if we needed to call the front desk or anywhere else in the hotel, we wouldn't have known what to push!
The hotel itself was okay - another hotel that reinvented what seemed to be an old downtown building. In my opinion, not one of Hilton's finest. The lobby smelled a little musty upon walking in, but the valet was nice. Can't say too much about the guy behind the counter since the check-in process was pretty quick. My husband went to the pool to check it out and said that it had not been cleaned, even though it was apparently open for use. Leaves and other stuff floating or at the bottom. I didn't see it until we left and drove by. I *can* say that it looks NOTHING like any pictures you see of it. So if you think you're going to get what you see then you are mistaken. That is, unless they clean it up soon since the weather is getting warmer.
Overall, I would say that I probably would not stay here again if I am ever in the area. I would probably give another hotel a try.

Ask jabs105 about The Admiral, a Wyndham Hotel
Thank jabs105

This review is the subjective opinion of a TripAdvisor member and not of TripAdvisor LLC
jaypO5792XV
1
Reviewed March 11, 2021 via mobile
Guest

Harry took great care of us. He rocks!! 10 out of 10 service. Makes an outstanding espresso. Go to the cafe and Harry will take care of you. Always kind and generous to the guests even when he is getting pulled in 20 different directions.

Thank you for taking the time to share your experience with Harry. He is a wonderful employee, and we love to see that guests recognize that as well.

Report response as inappropriateThank you. We appreciate your input.
This response is the subjective opinion of the management representative and not of TripAdvisor LLC
View more reviews
PreviousNext
1234…175