Amazing location and view. - Review of Cottage at Wood's Edge

“Amazing location and view.”
b1E2XzRfbHFl
other travellers have booked this property

Review of Cottage at Wood's Edge 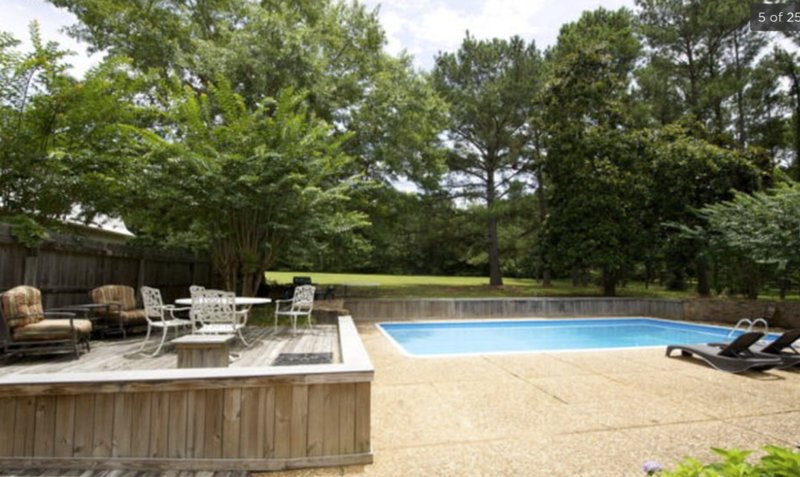 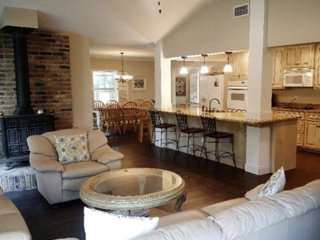 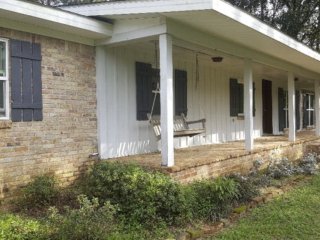 Very good - based on 2 reviews
Write a Review

The location is fantastic. It's about half way between Mobile and Gulf Shores. We met my family that came down from Oklahoma. We have relatives that live in Mobile and Fairhope. Fairhope is a fantastic small little town and is minutes away from the house. Check out Ravenite pizza, it's awesome. They claimed that the pool was shared, but the entire time we were there no one else was in the pool The pool is huge. And the view is just awesome. Very peaceful and relaxing. There are so many birds that come down to visit. The house is a short distance to a very nice water park as well. The kitchen is just stunning. Huge open concept. There are a lot of really nice upgrades. The refrigerator makes a lot of ice. The stove is outdated and should be replaced, does not fit well with the rest of the kitchen. The pans were awful and were difficult to use. Should have brought one of my own. Biggest disappointment was the TV in the main room. The pictures showed an awesome huge TV. It had been replaced with a much smaller TV. My father's eyesight is not the best, this was actually one of the reasons that I booked this house. They said that they had streaming services, but none of them worked. I have accounts for a lot of services so this was not that big of deal. But there is no cable or satellite . The internet was initially really slow, I think it was metered, We stayed from the end of the month and initially it was horrible. The streaming shows would actually wait to cache. After the first of the month it got much better and was not a problem. The master bedroom bed was fantastic. The second bedroom was really good. The third bedroom was OK. There was a big difference between all of them. Overall I would certainly stay here again. It's a beautifully location.

Date of stay: June 2019
Would you recommend this hotel to a friend?   Yes.
Was this review helpful? Yes
This review is the subjective opinion of a TripAdvisor member and not of TripAdvisor LLC
Problem with this review? Thank you. We appreciate your input.

This was a great house to stay at. Lee is very attentive and will respond to text/email very quickly. We arrived and the house was just cleaned and was very welcoming. Jeremy who lives next door made sure everything was there what we needed. The house is very open and a lot of room. We will definitely stay there again if we go back to the area.

Date of stay: July 2018
Was this review helpful? Yes
This review is the subjective opinion of a TripAdvisor member and not of TripAdvisor LLC
Problem with this review? Thank you. We appreciate your input.
Updating list...
Do you own a vacation rental? List it here.

Looking for a place to stay in Point Clear?
View all 2 vacation rentals