Hampton Inn & Suites Phoenix Chandler Fashion Center
Lowest prices for your stay
Lock in the lowest price from these sites
US$125
US$109
Free cancellation until 21-05-30
View deal
FindHotelUS$113
TripadvisorUS$109
Hotels.com
Hampton.comUS$109
Expedia.comUS$109
Lol.travelUS$125
View all 18 deals
Prices are the average nightly price provided by our partners and may not include all taxes and fees. Taxes and fees that are shown are estimates only. Please see our partners for more details.
boxrmk
Las Cruces
6420

We’ve stayed her many times. It’s clean and the staff is really friendly. If our kids are playing Maricopa or southeast Phoenix, we will always choose this hotel. This time we stayed on the bottom floor and it was nice because we didn’t have to wait for the elevators. The blackout curtains allowed to sleep in and they granted us a late checkout.

Review collected in partnership with Hampton
This business uses tools provided by Tripadvisor (or one of its official Review Collection Partners) to encourage and collect guest reviews, including this one.
See all 1,044 reviews
Nearby Hotels 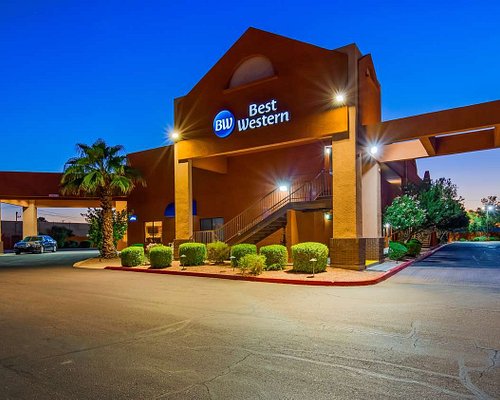 This hotel is very clean. I was glad that we selected this stay as the from the parking lot to the rooms we can notice the friendly staff and clean stay. The room was very confortable and had everything we needed to sleep and rest.

Review collected in partnership with Hampton
This business uses tools provided by Tripadvisor (or one of its official Review Collection Partners) to encourage and collect guest reviews, including this one.
Ask corjn316 about Hampton Inn & Suites Phoenix Chandler Fashion Center
Thank corjn316

This review is the subjective opinion of a TripAdvisor member and not of TripAdvisor LLC
javae0262021
Spanish Fork, Utah
1
Reviewed April 6, 2021
Clean, great location, comfortable beds!

This hotel was clean and the staff were helpful and nice. We enjoyed the pool and hot tub. And the beds were comfortable. It was also in a great location, close to the freeway! There was a free breakfast as well!

Review collected in partnership with Hampton
This business uses tools provided by Tripadvisor (or one of its official Review Collection Partners) to encourage and collect guest reviews, including this one.
Ask javae0262021 about Hampton Inn & Suites Phoenix Chandler Fashion Center
Thank javae0262021

This review is the subjective opinion of a TripAdvisor member and not of TripAdvisor LLC
mvheitor
1
Reviewed April 3, 2021
No room cleaning services over 4 days

Room wasn’t cleaned once in 4 days. There was no communication as to any different rules during covid - my stay was in April 2021 - I expected my room to be cleaned at least once during the stay and it wasn’t.

Review collected in partnership with Hampton
This business uses tools provided by Tripadvisor (or one of its official Review Collection Partners) to encourage and collect guest reviews, including this one.
Ask mvheitor about Hampton Inn & Suites Phoenix Chandler Fashion Center
Thank mvheitor

This review is the subjective opinion of a TripAdvisor member and not of TripAdvisor LLC
GLowPetaluma
Petaluma, California
184102
Reviewed November 29, 2020 via mobile
A Great Stay!

We arrived here around 3 pm on a Thursday in mid October. We were promptly greeted by Soledad and Anthony. I had chose a room online, but was upgraded to a nice suite. The 2 room suite was spacious and clean. The hotel is conveniently close to the 202, and a short drive to restaurants and shopping. Friendly Service and free parking.

This review is the subjective opinion of a TripAdvisor member and not of TripAdvisor LLC
PrescottWineGal
Prescott, Arizona
22
Reviewed September 30, 2020
Did Not Live Up To The Good Reviews And Ratingd

We chose this hotel because of the very positive reviews and because the location was good for us. Our stay was at the end of August, and our experience did not match the positive reviews in the least. We checked in later in the evening, and after unpacking and getting ready for bed I noticed some trash on the bathroom floor. I also noted that the back of the door was dirty. This was disconcerting, given Hilton's claims of a heightened focus on cleaning due to the virus. I planned on mentioning this when we left in the morning, as it was late and we had been traveling all day.

Before I did that, however, I took a shower in the morning. It was quite the debacle - one shower door would hardly move, and the other had a squeal loud enough to wake the dead. Unfortunately, I had to move both of them to take a shower. After I was in the shower, the barely moveable door fell off the railing and on me - it was completely off its rails.

I brought all of this to the attention of the front desk. The staff looked at my pictures and was apologetic. They offered to switch our room, but this was a huge inconvenience to us. Instead, they offered to Decorah the room and fix the shower door. They also stated that they could not discount or refund the room rate, but they offered 20,000 Hilton Honor points. That was an easier solution for us.

Did I mention that our room was next to a storage room? Loud voices in the hallways before 6:30 am.

It was not a good stay.

The room appeared to have been cleaned while we were gone, and that was appreciated. My boyfriend had done most of the shower door repair earlier so he could shower, so that was at least functional.

One month later, we have still had no contact nor have we seen those Hilton Honor points.

The room situation, plus the dismal "sack breakfast" situation, plus the silly Hilton signage indicating that they do not offer daily housekeeping so as to "not disturb our guests," really has soured me on the Hilton brand generally. This hotel particularly did not come close to living up to its good reviews, especially given the lack of follow through on the Hilton Honor points. Also, that shower door had clearly been a problem well before we checked into our room - someone clearly neglected to report or fix it. But I also wonder if Hilton has eliminated staffing due to the virus to the point that the remaining staff is just stretched too thin.