US$495
US$482
View Deal
SAVE US$13
Orbitz.com
eDreams
getaroom.comUS$495
View all 13 deals
Prices are the average nightly price provided by our partners and may not include all taxes and fees. Taxes and fees that are shown are estimates only. Please see our partners for more details.
Bob B
Fort Myers, Florida
4828

This is a very nice property in true 4 Seasons style. The hotel is very nicely appointed in a great location in the city. The entire facility is well maintained and very clean. The spa is on the small side, but the messages were top shelf. The concierge made all our transportation, spa, and dinner reservations prior to our arrival; and everything worked as planned. We were upgraded to a beautiful suite, which was very comfortable and nicely decorated. We enjoyed lunch at the pool and dinner at Elena. We also enjoyed a fantastic buffet breakfast in Elena the next morning. Great service overall, as you would expect from a 4 Seasons hotel. What a way to start a vacation.More

Show less
Room tip: We booked through American Express travel and it worked out very well. The extra benefits received were appreciated.
See all 1,834 reviews
Nearby Hotels 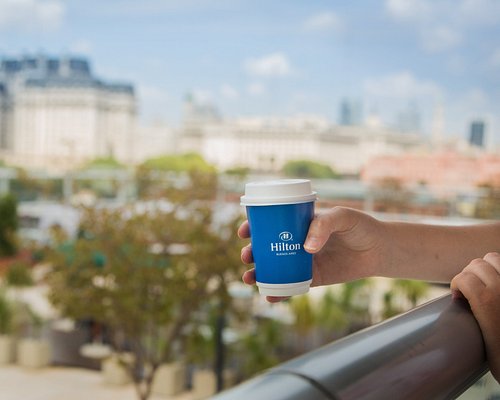 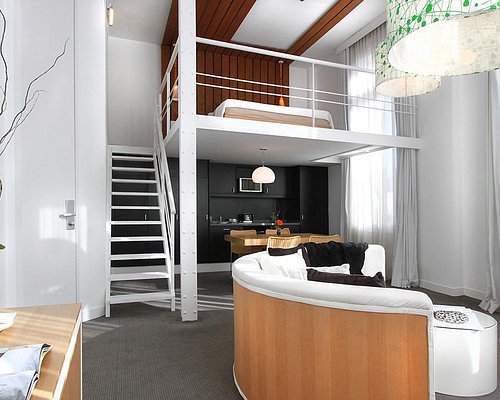 HTL 9 de Julio
US$32
Booking.com
View Deal
Free cancellation
Reserve now, pay at stay
Hotels.com
US$27
Expedia.com
US$27
Orbitz.com
US$27
View all 14 deals from US$27
1,117 reviews
2.2 km from Four Seasons Hotel Buenos Aires
We compared the lowest prices from 14 websites 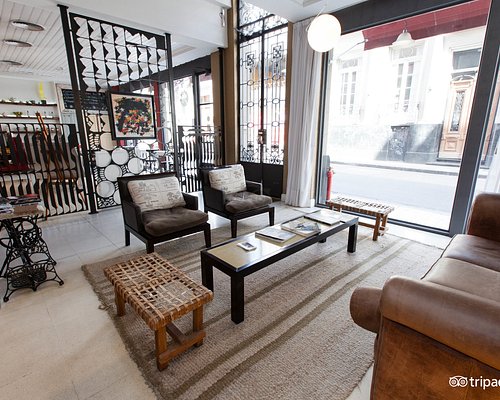 Expedia.com
View Deal
Pay up to 12X
Booking.com
US$76
ZenHotels.com
US$40
Official Hotel
US$77
View all 15 deals from US$40
530 reviews
3.2 km from Four Seasons Hotel Buenos Aires
We compared the lowest prices from 15 websites
Breakfast included
Hotel Madero
US$132

I am currently staying at this hotel. Generally a good hotel and what you would expect from a five star hotel, but not an exceedingly nice experience. It’s just my first night, and we have already had several issues. For example, while sitting in the lobby with my husband and baby a security guard came to confirm that I was actually a guest. I would normally be fine with this because security and privacy is part of what I appreciate in five star hotels, but this seemed a little targeted as none of the guests who were 10-20 years my senior were approached. Ten minutes later, one of the older men in the lobby vomited all over. He was very drunk (appeared to be from the hotel bar), and clearly not a hotel guest. This obviously ruined my night and churned my stomach. The lobby stunk like vomit. The man sat there overlooking his vomit for five minutes. I alerted security of what had occurred, and they seemed a bit disorganized on how to handle the situation. The guard notified the rest of security about what had occurred and we all waited for someone to kick the guy out. Five minutes past, then ten minutes. Man is still sitting there dripping in vomit with his hands on his head. Finally I left the lobby because the guards were just standing over him trying to figure out what to do. The man seemed to be drunk from the hotel bar, but it’s hard to know because nobody was monitoring the guests or the situation. The lobby of a hotel at this level should not be for parties and drunks. If someone is that drunk at the hotel bar, have them removed, do not let them wander into the lobby. If someone vomits on the lobby rug, definitely have him removed and have the room cleaned. I expected more from the hotel regarding both preventing this situation from occurring and fixing it promptly once it occurred. Not the family friendly vibe I expected from a four seasons. The room itself is well appointed and the overall experience outside of this has been fine, but not excellent. I imagine you could get a similar experience for a hotel half this price. Hoping things turn around tomorrow, but so far we are disappointed.

This review is the subjective opinion of a TripAdvisor member and not of TripAdvisor LLC
jirving2020
Nantucket, Massachusetts
11
Reviewed March 2, 2020
Amazing Experience!

Our stay at the Four Seasons Buenos Aires was incredible. The staff were all amazing from the bell staff, to the front desk, to the concierge, to the pool staff, to the multiple restaurant's staff. Trinidad and Caroline (along with the other concierge's that assisted us) were extremely personable, professional and efficient. The staff (bartenders in particular (Manuel) since that's where we sat 4 times) were informative, welcoming and professional with their service. The burger is a must!! Everything on the property was immaculate. The pool/lounge/lawn area felt like an oasis inside the bustling city. The rooms were fantastic with everything we needed. I would go back here in an instant!!

Review collected in partnership with Four Seasons
This business uses tools provided by Tripadvisor (or one of its official Review Collection Partners) to encourage and collect guest reviews, including this one.
Ask jirving2020 about Four Seasons Hotel Buenos Aires
1  Thank jirving2020

This review is the subjective opinion of a TripAdvisor member and not of TripAdvisor LLC
LastFlightOutSeattle
Arizona
3867
Reviewed February 29, 2020
Go find Cesar at Elena, the Restaurant - Order your 24 hour custom leather jacket

Our very first Four Seasons stay and you are in a whole new class of hotels. The people who work there are top notch. You feel right at home and the quality is First Class. Our favorite part was meeting Cesar at Elena. Cesar is amazing so even if you aren't staying at the Four Seasons, dine at Elena and meet him. The hotel is just one giant welcome mat starting with our early arrival which made us so happy. You fly all night to get somewhere and despite some mis-information saying you need an appointment to access the property, this is not true. This is a hotel like any other, with a lobby like any other, and access like any other. We started our Seabourn cruise from here and felt 100% safer than any other hotel in any other city in the world. The concierge helped us find Bettina-Rizza designs not far away and we ordered a beautiful 24 hour made leather jacket, completely custom. What a fantastic stay and we will never forget Four Seasons Buenos Aires and all the great things we learned about this city from our favorite person in Buenos Aires, Cesar!!

This review is the subjective opinion of a TripAdvisor member and not of TripAdvisor LLC
sandrafacchi
United States
17877
Reviewed February 23, 2020
great spot for a stop in Buenos Aires

we lived in this hotel for a few weeks when we arrived to Buenos Aires and we enjoyed it very much. Location is wonderful and convenient (walking distance) to most of the sites in Recoleta area. The food at Helena restaurant is a must and the drinks at Pony Bar are also great.

This review is the subjective opinion of a TripAdvisor member and not of TripAdvisor LLC
D6065TPlauram
814
Reviewed February 17, 2020
Incredible Service in Lovely Hotel - Definitely Recommend

We had a wonderful stay at the Four Seasons. The staff could not have been more helpful, accommodating or knowledgeable. I had a medical problem while visiting and the hotel arranged for a doctor to come to my room. On another day, we wanted to go to Colonia and the concierge sent one of her staff down to the ferry terminal to arrange for our tickets when the ferry company did not answer their telephone. The doormen were friendly and helpful -offering cold water upon leaving and returning to the hotel.

Our suite was spacious and well appointed. The food at the hotel breakfast is fabulous and the steakhouse of very high quality. The pool is heated and lovely with attentive staff at the ready for whatever you might need.

Great experience at this hotel and would highly recommend. Exceeded expectations.

Room tip: We were in the tower on the fifth floor facing the pool - quiet with a lovely view of the mansion.
Ask D6065TPlauram about Four Seasons Hotel Buenos Aires
1  Thank D6065TPlauram