US$99
US$88
View deal
SAVE US$11
Travelocity
Orbitz.com
Lol.travelUS$99
View all 18 deals
Prices are the average nightly price provided by our partners and may not include all taxes and fees. Taxes and fees that are shown are estimates only. Please see our partners for more details.
clarkbrett
Aventura, Florida
1

One of the best hotels I’ve stayed at recently. Extremely friendly and caring staff. They were very responsive to any problems or concerns we had and did everything they could to help us. Great patio with big gas grills. While it didn’t impact me, I would advise light sleepers to get a room opposite the highway. Great on site workout facilities. Being inside the research park, there is a sidewalk with workout stations along the way. Just more than a mile around the “loop.” No traffic as this sidewalk is inside the park.

Review collected in partnership with Home2 Suites by Hilton
This business uses tools provided by Tripadvisor (or one of its official Review Collection Partners) to encourage and collect guest reviews, including this one.
See all 142 reviews
Nearby Hotels 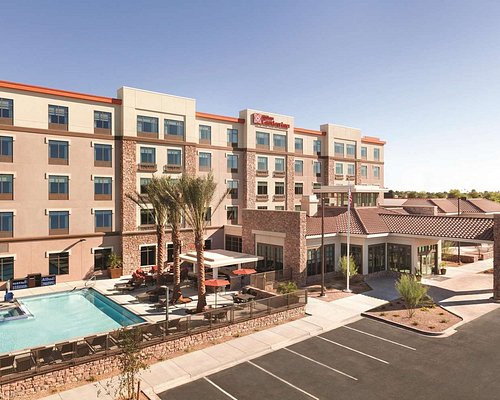 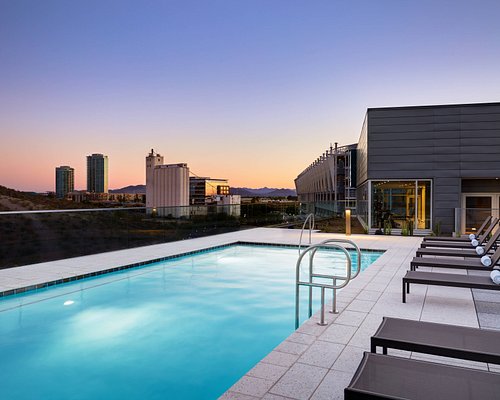 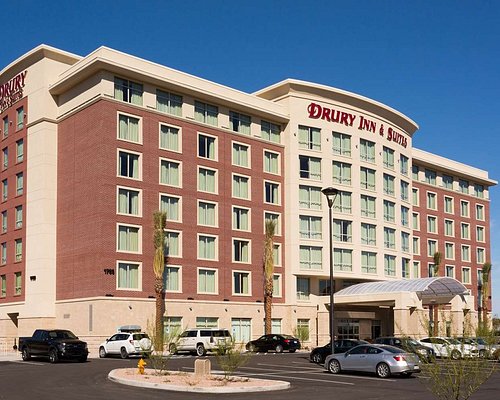 My wife and I stayed at the Home2 Suites facility in Phoenix-Tempe 04/19/21.
On the evening of 4/19 we checked in and were sent to Rm 310. When we got off the elevator, we were greeted with a rather rank odor. When we rounded the corner to proceed down to our room at the end of the corridor, we discovered the corridor strewn with soiled laundry, presumably from servicing the rooms from the day/night before. This was at approximately 9:00PM. This seemed to be the source of the odor. It smelled like a locker room. In order to get to our room, we had to step on and over piles of soiled linens. We had had a very long and trying day prior to our arrival due to some health concerns of my wife so we elected to stay in this room regardless. We were too tired to attempt to move to a different room. Shortly after we moved in, I proceeded to the front desk to inform the evening desk clerk of the situation. She made no effort to remedy the situation on our end but remarked that there had been a previous complaint regarding the same issue and that she would call someone to take care of it. She picked up the phone to make a call. I assumed it to be to a housekeeping or maintenance staff person but I don't know as I returned to my room before she finished her call. I went to bed at approximately 11:00PM. At that time, the situation in the hallway had not been addressed. When I awoke at approximately 6:00AM, I looked out and noted that the laundry, which had previously been strewn all over the hallway, was now neatly heaped up into a pile, right outside our doorway. Across the hall, was a large bag of garbage which hadn't existed when we went to bed.
I found this situation to be most disconcerting. This all represented a significant health threat as well as a fire hazard. I find this to be inexcusable and poorly handled. If I were hosting guests in my home, this would never have been allowed to happen. I would never subject my guests to these threats/hazards.
It is unfortunate that this is our memory of our stay at this facility. We will definitely think twice before returning to this establishment. We have family in the area and return to the Phoenix area often. There are many other inns that would be happy to have our business.

This review is the subjective opinion of a TripAdvisor member and not of TripAdvisor LLC
alethamc
Kokomo, Indiana
1
Reviewed April 25, 2021
Great place to stay!

This hotel is clean and comfortable! We really enjoyed the kitchenette. It was well stocked with dishes. There was plenty of storage for clothes. Staff were friendly and helpful. The pool and fire pit was a really nice bonus. We’ll be back!

Review collected in partnership with Home2 Suites by Hilton
This business uses tools provided by Tripadvisor (or one of its official Review Collection Partners) to encourage and collect guest reviews, including this one.
Ask alethamc about Home2 Suites by Hilton Phoenix-Tempe University Research Park
Thank alethamc

We appreciate the review and the meaningful comments! The fire pits at the pool really do make it so relaxing. I am glad you were able to take advantage of it.

Report response as inappropriateThank you. We appreciate your input.
This response is the subjective opinion of the management representative and not of TripAdvisor LLC
adrianperez94
Tempe, Arizona
1
Reviewed April 25, 2021
Outstanding place to stay!

I would definitely stay at this location again and recommend this to a friend. Very accommodating and friendly staff that would go above and beyond to meet your needs. With all the amenities and entertainment accessible you don’t have to go off property if necessary.

Thank you an 'Outstanding' review! We are open and ready to serve all your hotel needs. We appreciate you!

Report response as inappropriateThank you. We appreciate your input.
This response is the subjective opinion of the management representative and not of TripAdvisor LLC
SuzyWillit
Carlsbad, California
23
Reviewed June 11, 2020
Wasted my company money

NEVER EVER have I see such a dirty hotel!! such a rude staff the room was dirty upon check-in, the bed was stained, toilet seat stained, bugs in the bathroom and a horrid smell coming from the drain (see photo) no idea who runs this hotel but they are in the wrong job, the entire housekeeping and maintenance staff need to be fired!!!!! Hilton should be ashamed of this property. I will be recommending to the travel department to never send any of my fellow employees here

Thank you for your review. I apologize for your experience at the hotel. We are utilizing the Hilton CleanStay program which is leading the industry. it looks like we fell short and that is not ok. I appreciate the feedback so we can keep striving for perfection through this time.

Thank you for the review.

Report response as inappropriateThank you. We appreciate your input.
This response is the subjective opinion of the management representative and not of TripAdvisor LLC
RickeyBobbeh
leawood, kansas
827328
Reviewed June 7, 2020 via mobile
Dirty..during CoVid time

See attached pics. ...dirty wash cloth..dirty and stained ottoman..... switched my reservation fron adjacent Hilton Garden Inn without telling me. And I am a Diamond member!!!...whoever supervises housekeeping should be fired