Hotel Galeon Azul
Lock in the lowest price from these sites

Prices are the average nightly price provided by our partners and may not include all taxes and fees. Taxes and fees that are shown are estimates only. Please see our partners for more details.
LondonHoxton
London
5026

I hate to say this but this was one of the worse hotels I had ever stayed in.

Could be better
- the windows don’t open at all! So no fresh air. They are also extremely draughty. It cause the curtains to move and they were heavy curtains.

- freezing. The hotel and particularly the room were freezing. I had to sleep in my jacket and fleece. The radiators were on full but because of the poor insulation it was freezing.

- old and tired. The hotel needs some serious maintenance and TLC.

- walls made of cheap thin wood so you hear absolutely everything.

- not very clean. Carpets looked dirty and there were hairs in my bed. He bed lined was also stained.More 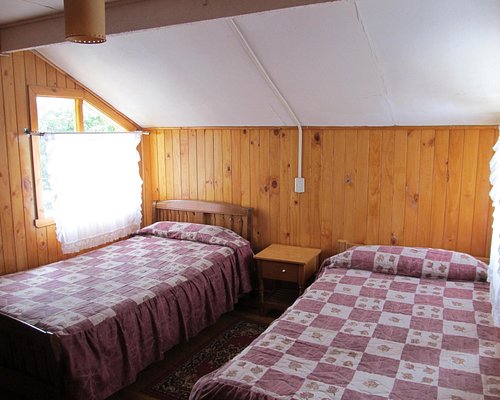 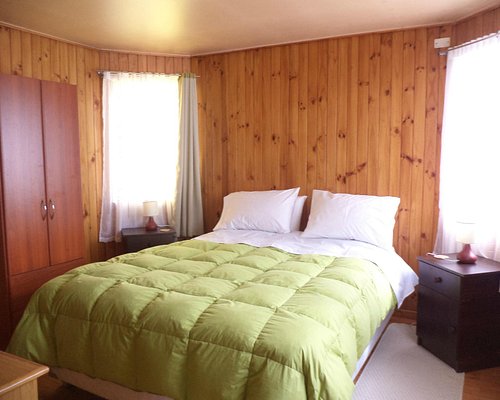 The hotel have amazing views, local food is perfect, attention is so professional, pisco sour with honey is awesome, and white wine with salmon is like a Romeo an Juliette, very good experience, (the olive oil is a. Eey good blend, top!) thank you so much !

This review is the subjective opinion of a TripAdvisor member and not of TripAdvisor LLC
AdrianH1212
Houston, Texas
397141
Reviewed October 25, 2014
NO HOT WATER

Finding a good hotel anywhere south of Puerto Montt simply does not happen unless you are prepared to pay a crazy amount per night. Listed as a 3 star hotel you would expect, at the minimum to have a clean room and a hot shower in the morning. Unfortunately no hot water and no explanation given.

On the good side, e have a room with nice view of the ocean and the parking is secure with small space for about 5 or 6 cars.

Included breakfast which was above average.

Lack of hot water spoiled he stay and was the major topic of discussion at breakfast among the guests.

This review is the subjective opinion of a TripAdvisor member and not of TripAdvisor LLC
60726Nicky_11
McLean, Virginia
126132
Reviewed February 26, 2013
Hotel Galeon Azul Ancud

My sentiment is just above the "terrible" review also here. I think we could have done better in Ancud, but we arrived very tired after six hours from Valdivia by bus and were turned down w/o much ceremony at a much pricier (and less convenient) higher class hotel. The facility is tired and the desk staff were OK but not super friendly or helpful. At night you couldn't get a cup of (powdered) coffee unless you ordered the whole onces. The Galeon Azul wasn't terrible, but I wouldn't go there again. One or two other spiffier places were just down the street. Next door to the hotel is the quite interesting regional museum. I like Ancud on balance more than Castro which we had visited off a cruise ship (nothing much to see, but better cafes and restaurants in Castro. We went to Chonchi one day, which was highly recommended. Unfortunately, we spent too much time in a small house museum so saw less of the town than we should have, since we had to get back to Ancud on the last bus. The Hotel Galeon Azul at about $100 US, no discount for payment in US dollars here, was not great value, especially compared to some other better and no less expensive hotel experiences we had elsewhere in Chile.

Room tip: We had a room "in the back" the first night and got one in the front for the other two days. Rooms in the front look out on the bay but also have very bright sun in the morning. Do look a two or three rooms before you choose, if you stay here. Best to arrive a bit earlier and check out a room or two and compare with nearby accommodations.
Ask 60726Nicky_11 about Hotel Galeon Azul
2  Thank 60726Nicky_11