We recently housed approximately 40 people at this hotel as part of a dental mission. On Tuesday, 8 May 2018, one of the members of the group slipped on wet tile while walking from one building to another. Most of the hotel is covered in these highly polished tiles. They are VERY slippery, especially when wet. You have to question the wisdom of putting tiles like these anywhere but especially where they are subject to moisture. Two people fell within 20 minutes at the location shown on the photos. A third fell at another location. One of the two broke her kneecap and required immediate evacuation to the USA for surgery.
What amazed us more than anything is the unbelievable attitude of the hotel owners. A complete lack of any responsibility or even regret that this happened. The owner (a retired doctor) offered to make arrangements to get the patient to PaP and to the States - If we paid for it. They didn't even offer to comp her room or give her a discount.
We mount medical and dental missions to Hinche at least once a year but we would never stay at this location again.More

Indeed, the accident happened on May 8, 2018. We regret it and we reiterate our apologies to the guest who was injured and who maybe mistakenly think, that we did not do everything possible to provide her with the best support she could have expected from us, the owners of Hotel l’Ermitage.
This is the first time such a painful accident occurs to any of our guests ever since the opening of the Hotel in March 2007 and we are very proud of our staff for their performance. We certainly want to react to one of the team members’ account and rightful opinion about the facts surrounding the accident.
The facts and our corresponding efforts
There was some drizzling on that day and the floor was slightly wet;and that maybe had contributed to the guest’s fall. We always have employees on duty who make sure that verandas’ floors are kept dry during the rainy season. On that day, one of our employees who witnessed the accident, alerted us right away. We immediately made a quick evaluation of the affected knee; the knee cap unfortunately was fractured. We offered and insisted that we take our guest to a nearby medical facility; there are about four of them in the area:
1) The University Hospital of Mirebalais which is the best equipped to handle such an emergency is located at about 55 kilometers from the Hotel and could be reached within less than one hour.
2) The Bienfaisance Hospital of Pignon is 28 kilometers away from the Hotel.
3) The city hospital in Hinche is situated 4 kilometers away.
4) The Health center of Pandiassou is 1 kilometer away.

She rebuked all our offers for local medical intervention.
Subsequently, we called “Haiti Air Ambulance” so she could be airlifted to a hospital in Port-au-Prince, the capital city. We were told that this helicopter service is not available at night. Since we could not move our guest to a nearby medical facility, we used the means at our disposal to immobilize the affected leg, and she was administered by the doctors in her group a strong analgesic (Demerol). The excruciating pain faded away and she was able to fall asleep and rest through the night.
The next morning she felt comfortable enough so she could be transferred to the U.S. While we were still trying to make travel arrangements by plane, her colleagues called on a friend who owned a spacious enough vehicle to drive her to Port-au-Prince. She then flew to the U.S. so she could be seen by her personal doctor the same day.
Since then, we have called her husband and one other member of the group, on several occasions, to enquire about the state of her health. We were relieved to learn that she was recuperating rather quickly and had already gone back to work part time.
In the meantime, We have placed consecutive rugs on the verandas’ pathways.
Lastly, this mission has been coming to l’Ermitage Hotel for the last three years and we understand that the services being provided are very important to the dental health of the underprivileged communities in Haiti. We gladly support it.

THE OWNERS AND THE STAFF OF HOTEL L’ERMITAGE DE PANDIASSOU

Report response as inappropriateThank you. We appreciate your input.
This response is the subjective opinion of the management representative and not of TripAdvisor LLC
See all 11 reviews
Nearby Hotels
Top Rated
Comfort Plus Hotel
US$92

Expedia.com
View deal
Free cancellation
Pay up to 12X
Hotels.com
US$92
Orbitz.com
US$92
Travelocity
US$92
View all 9 deals from US$92
1 review
1.2 km from Hotel L'Ermitage De Pandiassou
We compared the lowest prices from 9 websites 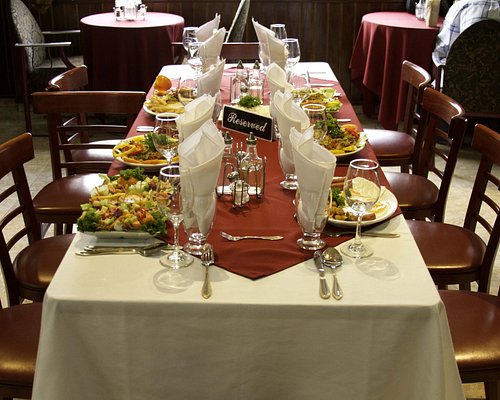 We went there spontaneously for a night and ate dinner and breakfast. This hotel used to be new and clean but that has been a couple of years ago. Now, it is rather empty and not prepared for spontaneous visitors. Our dinner was not good at all (a stale sandwich and cold spaghetti costing about 10$ each). The breakfast was limited (one piece of melon for everyone and not more) and the room prices pretty high (between 96$ for a single room and up to 150$ for a double-room). They are about to build a pool and the hotel has wifi. All in all a pretty pricey hotel for their standards, service and rooms (which are clean). You need an off-road vehicle to get there.

This review is the subjective opinion of a TripAdvisor member and not of TripAdvisor LLC
jeremytopolski
7
Reviewed February 15, 2016 via mobile
Church event

Hotel L'ermitage is fantastic! The place is very nice and well taken care of. Staff is friendly and the food is very good. Atmosphere is nice and the rooms are very comfortable. They do have hot water but sometimes the water pressure is lacking (if that's really something to be negative about) and they have good high speed wifi.

This review is the subjective opinion of a TripAdvisor member and not of TripAdvisor LLC
l_e_r_Canada
Toronto, Canada
117
Reviewed July 17, 2014
Home away from Home

I traveled with work and we had to visit a number of places all outside of Hinche. Being able to return home to a clean, comfortable place after each of our rough days was great. The people here are amazing and extremely helpful. The food, was in abundance and always a variety not to mention tasty. The rooms were especially clean.

One downfall- the AC goes out at night, and there is intermittent power outages which take out the fans at times.. But if that is the only problem, then we are all good.

Room tip: all rooms are equal! Though if you go upstairs I hear there is less chance of crawly things. I didn't see one in my room the entire trip.
Ask l_e_r_Canada about Hotel L'Ermitage De Pandiassou
2  Thank l_e_r_Canada

This review is the subjective opinion of a TripAdvisor member and not of TripAdvisor LLC
Julie L
Taipei, Taiwan
5225
Reviewed July 16, 2014 via mobile
Best hotel in Hinche

This is one of the better (if not best) hotels in the area. Rooms are clean and spacious. Staff are very nice. Food is delicious. Internet quality depends on where you're located (lobby and some first and second floor rooms have good wifi signals but the restaurant has nearly no access). The owner is very friendly (and remembers you if you are a repeat guest).

This review is the subjective opinion of a TripAdvisor member and not of TripAdvisor LLC
JGx4
Rochester, New York
12
Reviewed June 12, 2014
Week-long stay

Literally, the only place to stay in Hinche. Thankfully, it is a nice place. The wi-fi was spotty but overall it worked if you sat down in the lobby area. No wi-fi at all from our second floor room. Food was good and the service was great. Safe place and very helpful staff. The owner is lovely and was very kind to us.