Travelocity
eDreams
Snaptravel
View all 11 deals
Prices are the average nightly price provided by our partners and may not include all taxes and fees. Taxes and fees that are shown are estimates only. Please see our partners for more details.
E8401EHales
1

It was horrible , front desk sir was so rude had an attitude & 95$??? For a room with ROACHES? disgusting I would never stay here again. Came to the hotel around 10pm and there was roaches in the bathroom and all over the desk yuck! More

Dear Valued Guest: Thank you so much for taking the time to leave a review for our team. We appreciate your feedback. We apologize for any inconvenience you experienced. We are hoping that you will provide us with another opportunity to serve your lodging needs again in the future here at the Americas Best Value Inn & Suites - Escondido, CA. Sincerely, Hotel Management

Report response as inappropriateThank you. We appreciate your input.
This response is the subjective opinion of the management representative and not of TripAdvisor LLC
See all 76 reviews
Nearby Hotels 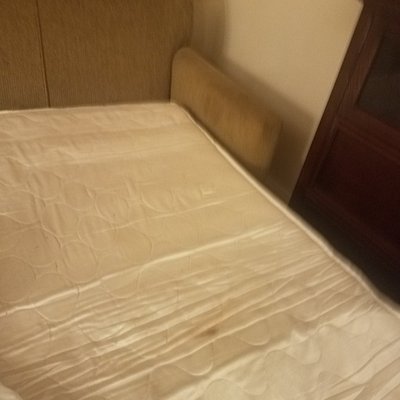 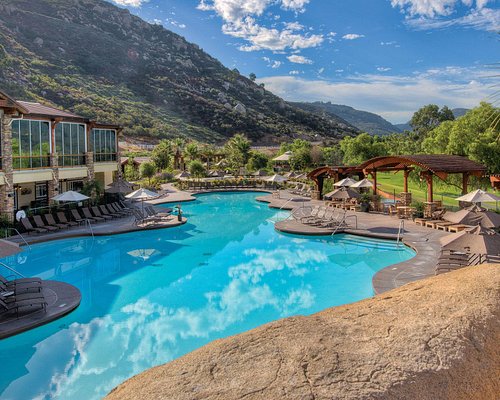 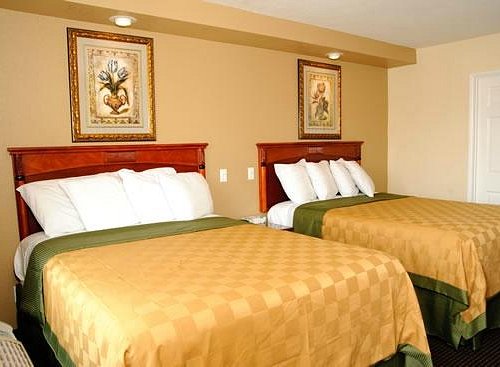 Good basic hotel room, nothing fancy. It was a good location, not far from San Diego. Good access to major thorougfares. The staff were very good. It was easy to locate. We felt that it was also very secure.

Dear Valued Guest: Thank you so much for taking the time to leave a review for our team. We appreciate your feedback and look forward to serving your lodging needs again in the future here at the Americas Best Value Inn & Suites - Escondido, CA. Sincerely, Hotel Management

Report response as inappropriateThank you. We appreciate your input.
This response is the subjective opinion of the management representative and not of TripAdvisor LLC
BpARJ
San Tan Valley, Arizona
8739
Reviewed March 3, 2019
Wasn't that bad

My wife, 3 nieces and I spent two nights at this hotel. The main reason I am only giving 3 stars is because of the WiFi, this was a really big and important deal for my wife and me.

The good:
Very clean, bathroom was immaculate, plenty of clean towels and linen, very large suite for a really good deal, check in was so fast I thought I missed something and the agent was friendly. Checkout was also very quick and easy.

The bad:
WIFI DID NOT WORK! This was a deal breaker for my wife and I since we are both online students and had work to finish. A short in the lights on one side of the room and the TVs would play and then all of a sudden a timer pops up and turns off the tv while you are watching it... not cool!

Overall it wasn't a bad experience and you can see that they are making an effort to change things there.

This review is the subjective opinion of a TripAdvisor member and not of TripAdvisor LLC
cynthia b
12
Reviewed October 30, 2018 via mobile
Horrible place

This place is horrible and disgusting the customer service sucks and the breakfast bar filthy. AVOID STAYING HERE AT ALL COST..You HONESTLY get what you pay for crap. Then they gave me a room key that was already given to someone else we LITERALLY walked in on them already unpacked and settled how embarrassing and scary for them. I am totally disgusted with this place. Sheets were stained and room smelled bad.

This review is the subjective opinion of a TripAdvisor member and not of TripAdvisor LLC
Michele A
Wildomar, California
219
Reviewed August 27, 2018
You get what you pay for

Rather than paying for an expensive hotel in San Diego for a conference I attended, I opted for this venue, only 30 miles away. It is still undergoing renovation. I stayed for 2 nights. The room I had was clean, the microwave, coffee maker and fridge worked, and the bed was comfortable. Problem with TV shutting off after being on for an hour. Management couldn't do anything about it. WiFi is unsecured so I couldn't use it. I had to leave in the morning before complimentary breakfast was available at 7 a.m., so I can't comment on that. I wasn't there for luxury so I put up with these inconveniences. However a motel can't prevent lodgers from ruining the stay of others. The first night I had to deal with people in the next room having a drinking party-- noise came in through a thin adjoining door. I couldn't call the front desk because the phone did not have a posted directory. I finally had to pound on the door at 3 a.m. to tell them to shut up, and they only quieted down a bit. The next night in the other room next to me was like an episode of "Cops"--man and woman arguing, shouting, and cursing with what sounded like furniture or other objects being thrown against the wall. And this was about 7 p.m. The police were called, came to my room to ask questions about what I heard-- did it sound like a person was thrown against the wall? I didn't hear anyone calling for help, but to be honest I had turned up the TV to drown out the yelling. The man was cuffed in the parking lot with 3 cops talking to him. Next time I'll have to spend more money to stay where the clientele is better behaved.

This review is the subjective opinion of a TripAdvisor member and not of TripAdvisor LLC
T7475BOtimw
Roseburg, Oregon
303
Reviewed July 26, 2018 via mobile
Worst ever

The pillow had blood on it. The covers has stains on them. The pull out bed looked like someone had died on it. The driveway had dried throw up on it. Was just gross. Everything was dirty except the sheets.